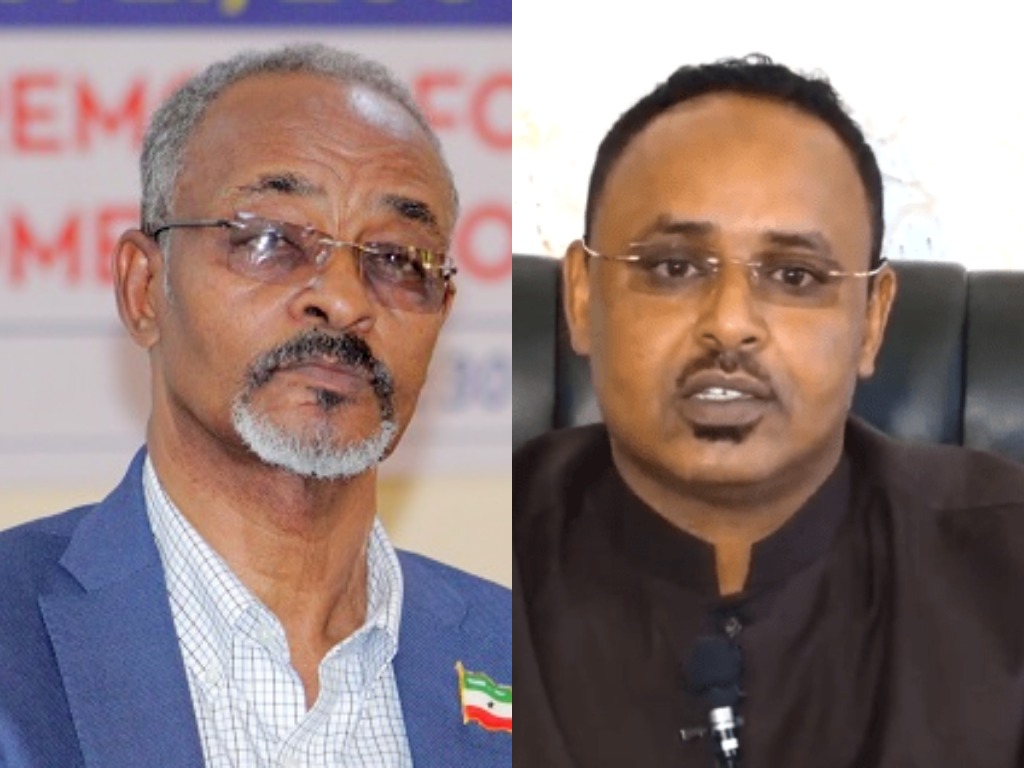 In an interview with Horn Cable TV, Somaliland’s Attorney General Mr. Hassan Mohamed Adam confirmed that criminal complaints where submitted to his office by the Auditor General for the leadership of the ministries of Information and Defense.

The charges where filed against the Minister of Information and Culture Mr. Abdirahman Abdillahi Farah (Guri-Barwaqo) and the Defense Minister Mr. Issa Ahmed Hawar.

According to the Attorney General Mr. Adam, they are actively evaluating the criminal complaint and see if laws were broken and if the submitted evidence is sufficient to move ahead with criminal prosecution or if the case will be sent back to the Auditor General for further investigation.

It is unclear if President Bihi is planning to take any action in removing these ministers before they are officially charged with a crime by the Attorney General or if he had discussions with them regarding the active corruption investigation engulfing the Information and Defense portfolios.

Previously, two high ranking officials from the Ministry of Information and Guidance were arrested on corruption charges, where one was subsequently was released on medical grounds.