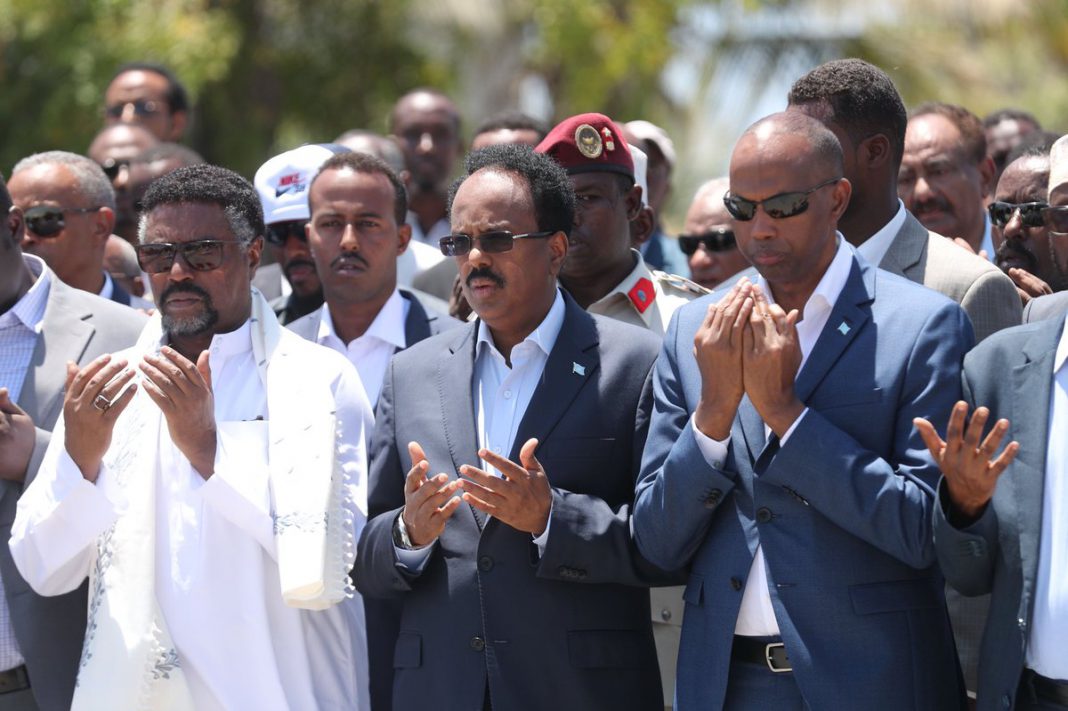 The Somali Federal Government has blamed the lack of payment on the discovery of large number of non-existent troops who have been drawing salaries.

According to Somalia’s Minister of Finance Dr. Baileh, only those who have bio-metrically registered will be receiving payments.

The payment dispute between the Somali Federal Government and front line units of the Somali National Army comes at a time when Al-Shabaab has been gaining territory and has increased the frequency of its deadly attacks on Mogadishu.

Saqar Ibrahim Abdalla, Somalia’s deputy minister of labor and social affairs was among 15 people killed in Al-Shabaab’s latest attack on the Ministry of Labor and Social Affairs on Saturday.