More
Home Uncategorized Family of Four who Perished in House Collapse Laid to Rest in... 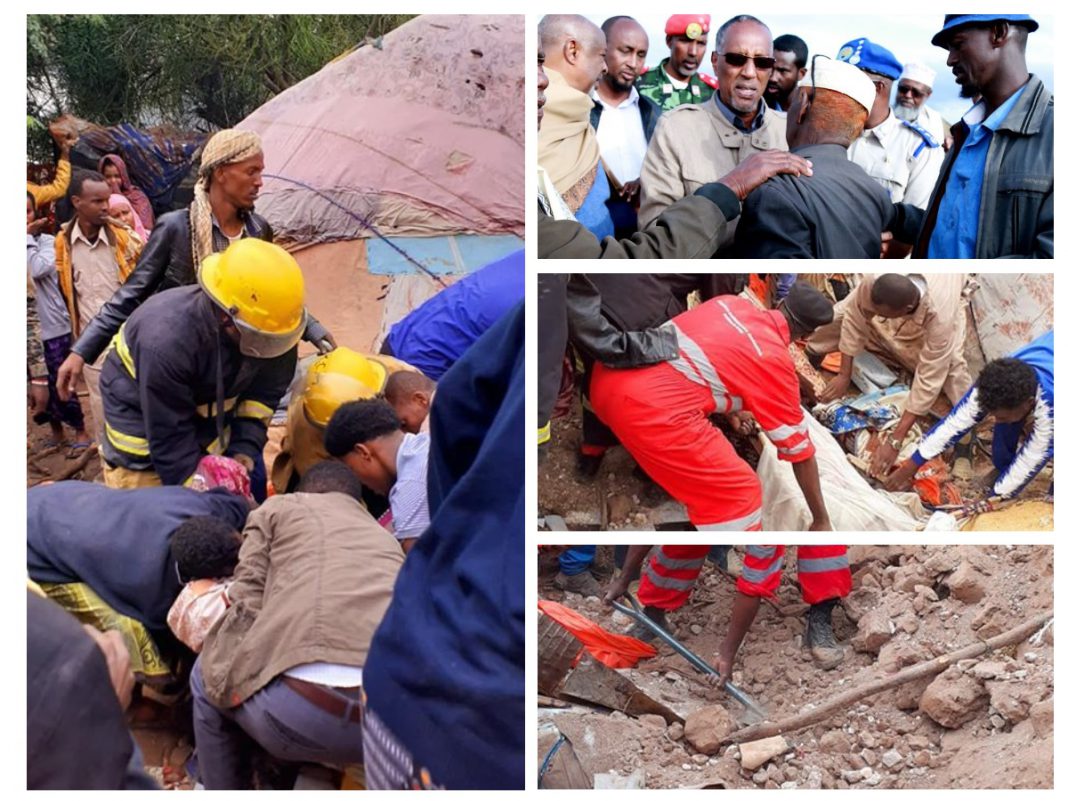 A family of four who perished after their home collapsed in Hargeisa today were laid to rest in the Massalaha burrial ground in a ceremony attended by the President of the Republic of Somaliland HE Muse Bihi Abdi.

According to first responder sources four members of the family were lost after their home collapsed in their Hargeisa suburb near Birjeeh military base.

There has been continuous rain showers in the capital the last few days that may have contributed to the collapse of the house. Although the President reminded citizens to stay away from flood-prone areas, there was no official statement from the Mayor of Hargeisa or the government of Somaliland on the cause or what type of dwelling the perished family inhibited.

In the past, heavy floods have caused death and injury in the capital due to clogged and debilitated drainage system. Others were electrocuted by downed electric wires.

Although there is a building boom in most major cities in Somaliland, there are no building and safety regulation that prohibit construction in flood prone areas or ensuring proper gauge wires are used for overhead power lines.

There is No Point in Beating a Dead Horse unless the Dead Horse Wants to be Your Mayor. Again.