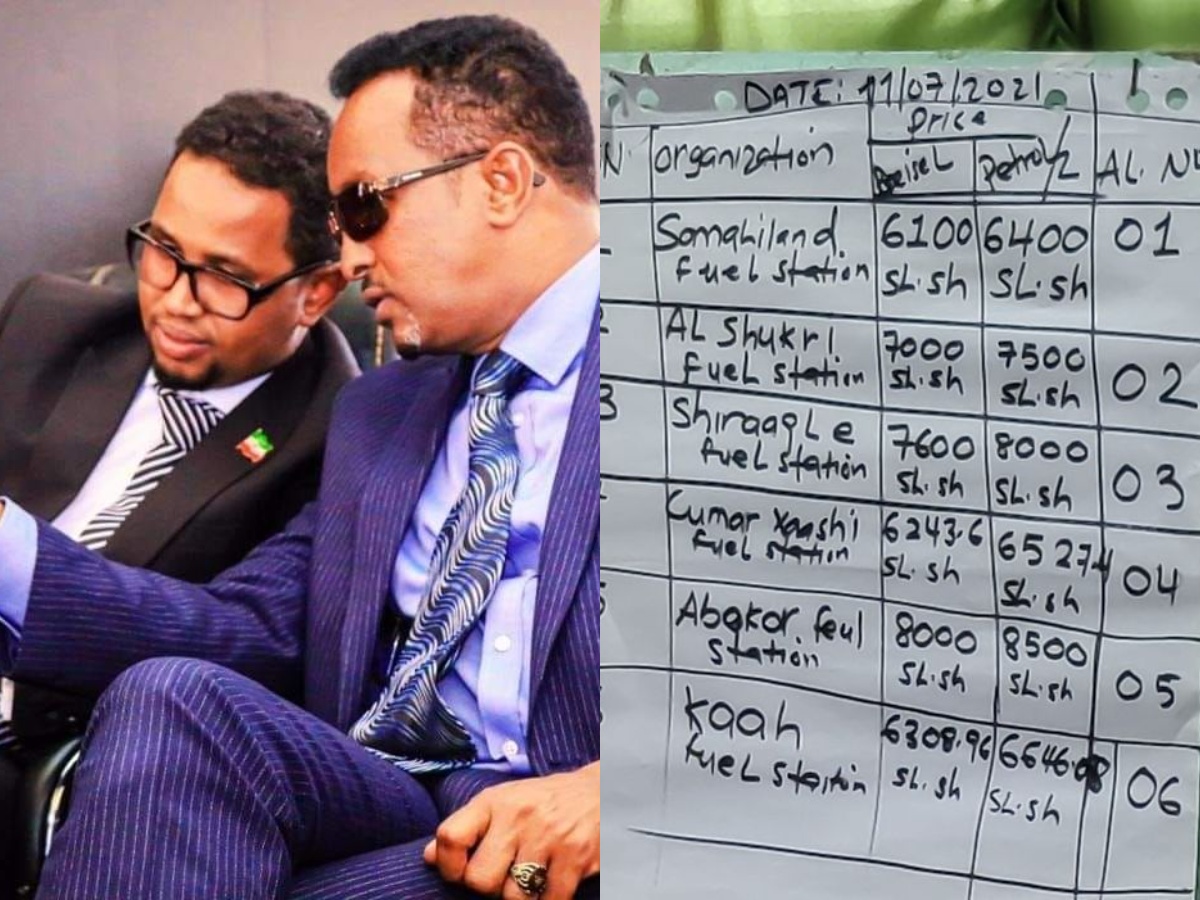 The newly elected Mayor of Hargeisa Mr. Abdikarim Ahmed Moge and Hargeisa City Council held a bid today for a new fuel contract for Hargeisa Municipality. Although it is unclear if a tender was advertised or how deeply the existing fuel and other service contracts with the city were examined, the new fuel prices are much lower and could save the city more than half in its fuel costs.

The new bid to supply the city’s fuel was won by two local providers who will charge the city about 0.75 US dollars for a liter of petrol and .73 cents for diesel. This is significantly lower than the alledged 1.75 cents average the city has paid for fuel per liter in the past.

No detail regarding the new contract to supply fuel to the local municipality has been shared in the unavailing event or how a recent sharp rise in fuel costs in Somaliland will affect the contract.

Mayor Moge, who has taken the helm at Hargeisa local municipality on July 1st, has successfully mobilized Hargeisa residents by the thousands including religious and other community leaders for a refuse clean-up at the city’s central valley is already winning major praise from the public. Other cities have made similar calls to the public for clean-up campaigns.