More
Home Economy Development DP World doubles down its bet on Somaliland with a 12 SQ... 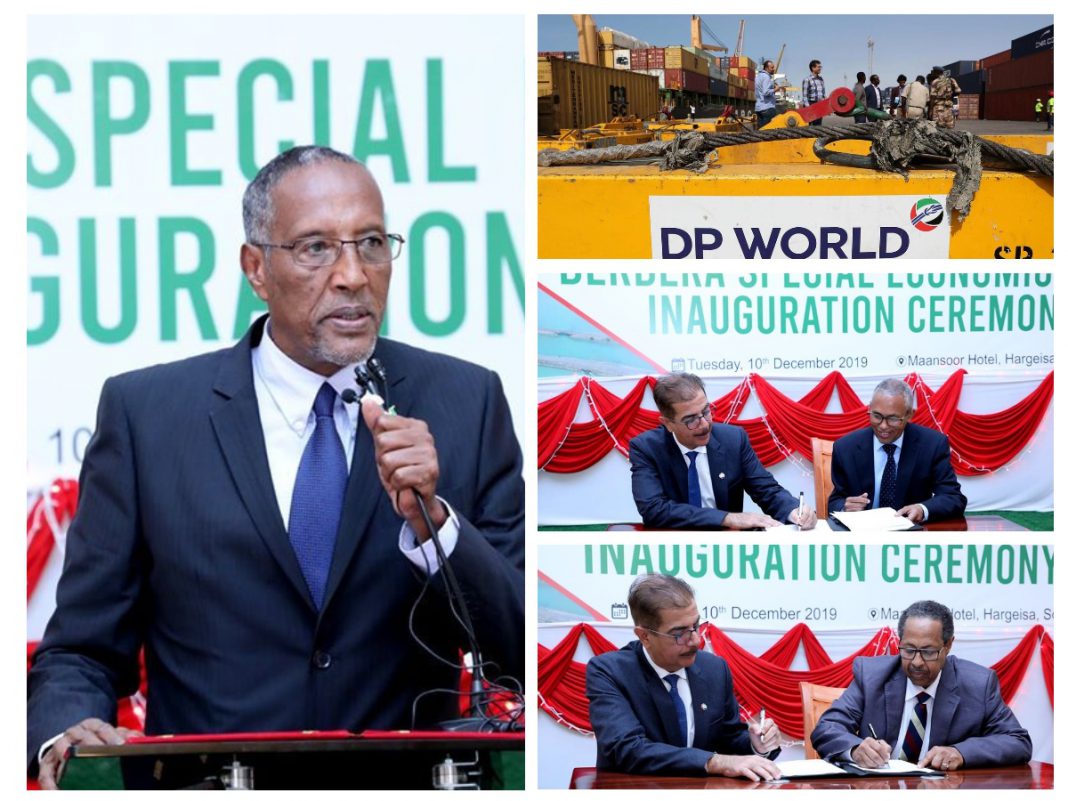 The world’s largest port operator DP World and Somaliland government finalized an agreement from 2017 to develop a free trade zone in Berbera.

According to a statement from DP World on 2017, the new Special Economic Zone in Berbera will be modelled on Dubai’s Jebel Ali Free Zone (Jafza), the Middle East region’s biggest free zone is also owned and operated by DP World.

According to sources familiar with the negotiations, this is an entirely separate agreement from the Berbera Port where Ethiopia holds a 19% stake. The Free Trade Zone is a partnership between DP World and Somaliland although no other details on ownership percentage and number of years was readily shared.

In 2017 when the original agreement was signed, the CEO of DP World Mr. Sultan Ahmed bin Sulayem drew a parallel between how the UAE got started and the development path Somaliland is on and added “Our vision is to make Berbera a trading and transportation hub for the Horn of Africa.”

Addressing the dignitaries at the signing ceremony, President of the Republic of Somaliland HE Muse Bihi Abdi said “As a nation, the main objective we have of the Berbera Port is to achieve economic growth for our country and share it with the Horn of Africa region and the World. Our goal is a prosperous Somaliland and we are on that path with the start of the Port Construction, Berebera corridor and Berbera Airport which will be an international commercial airport”

Mr. Suhail Al-Banna CEO & Mng Director of Middle East & Africa, representing DP World stated “Our experience in Somaliland has been one based on close collaboration and partnership with the government and the people of Somaliland. DP World Berbera today has over 1,200 employees which is over 98% of our staff is local Somalilanders”

Once operational, Somaliland joins few countries in sub Saharan Africa with Free Trade Zone and it is expected to attract businesses hoping to sell in the growing African markets.

Djibouti has recently unveiled a Free Trade Zone built that was financed by 3.5 billion US dollars loan adding to its already staggering debt to China.