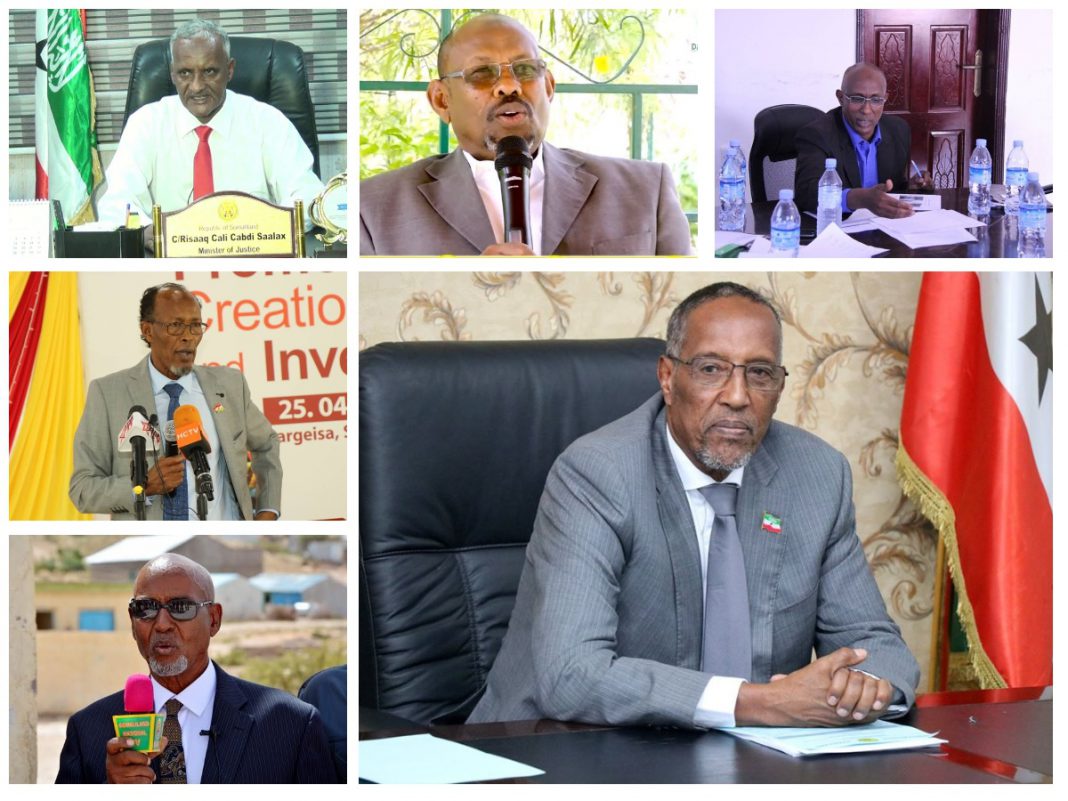 The President of the Republic of Somaliland HE Muse Bihi Abdi has reshuffled his administration today for the fourth time since taking office two years ago.

With the exception of the Deputy Minister of Planning Eng. Hussein I Buni, all others were relatively new appointees where some have been in their current positions for less than a year.

The Minister of Livestock and Fisheries Development Mr. Hassan Mohamed Ali Gafadhi to head the Ministry of Planning and National Development.

President Bihi has added three new Ministers to his cabinet, Mr. Ahmed Mohamed Diriye Egeh as the Minister of Education and Science and Mr. Saeed Sulub Mohamed Hussein as the minister of Livestock and Fisheries Development and Mr. Mustafe Mohamoud Ali Bile as the minister of Justice. Mr. Bile has previously served as the Director General of the Ministry of Commerce and Tourism.

Mr. Saeed Sulub has served as a minister in President Kahin’s administration and is a heavyweight politician from the Waddani opposition party.

Questions to the Presidency to understand why some ministers were sacked or moved while in office for less than 9 months were unanswered.