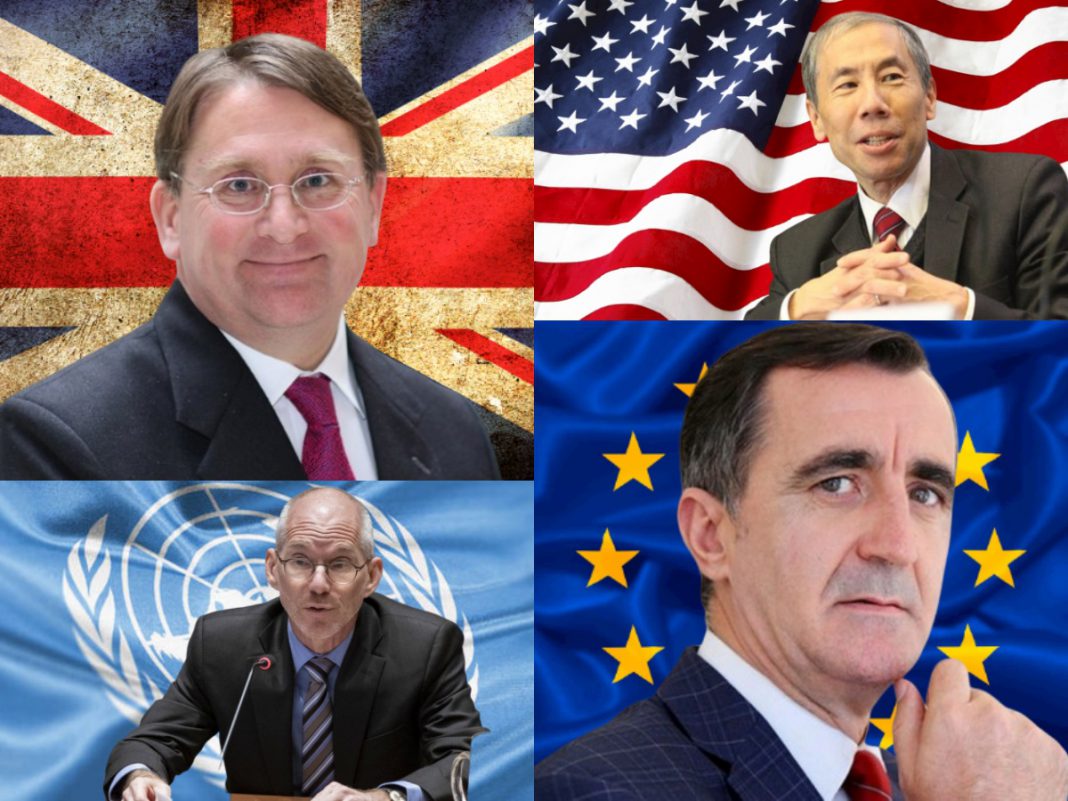 The international community has admonished Somaliland over its handling of important issues such as freedom of speech and its recent spastic political discourse which featured some unnecessary and possibly unlawful arrest of opposition figures.

Somaliland democracy has been tarnished by repeated delay of parliamentary and local council elections and is far from perfect but generally rates higher than many countries in the region including Djibouti, Eritrea, Tanzania, Sudan, South Sudan and more importantly Somalia.

With the exception of Kenya’s problematic election in 2017, none of the IGAD member countries have ever held a one man one vote election, where Somaliland has had five peaceful transitions of power with three nation wide elections.

So why is the International Community quick to denounce Somaliland?

Because most countries, the ones that matter anyway, including the United States and United Kingdom have adopted a “one Somalia policy” and have no interest in seeing Somaliland stand on its own.

IGAD and the United Nations’ position are understandable as they derive their relevancy from Somalia’s chaos and IGAD with its line up of dictators and strong men has zero interest in seeing Somaliland succeed.

Despite regular terror attacks and targetted killing of at times, Somali intellectuals with European and other foreign passport holders in Somalia, the International Community has never condemned Somalia in many of its failures.

While the International Community is quick to bounce on Somaliland’s stumbles, its approach to Somalia is entirely different.

One recent example of the International Community’s hypocrisy and double standard towards Somaliland is its response to the assassination of the Mayor of Mogadishu, Mr. Abdirahman Omar Osman (Yarisow) a dual Somali and British national. The intended target, according to some media reports was the United Nation Secretary General Special Representative Mr. James Swan who has met the mayor earlier in the day.

The 147 word statement by the UN with 2 quotes from Mr. Swan glossed over the simplest question of who is actually save in Mogadishu when its mayor was killed in cold blood?

Britain and its Ambassador has offered simple condolence for Mr. Yarisow’s untimely death.

Another tragic example is the death of Ms. Almas Elmi was shot dead while driving inside the seat of the government known as Halane and supposedly one of the most secure areas of Mogadishu.

On the issue freedom of speech and rule of law that the International Community and more specifically the Brits have repeated criticized Somaliland, Somalia is currently detaining a journalist who is also a dual Somali and British National who was accompanying a young Somali activist without any explanation.

Although AMISOM has quickly issued a statement attributing Ms Elman’s death to a stray bullet, the International Community has not uttered a word about the killing of this young promising women and the detention of the only eye witness to the circumstances around her death besides the usual condolence to the deceased and has quickly moved on to loud Somalia’s unseen successes.

The International Community has been very clear about its obvious bias and tilt towards Somalia to the point where it never criticized Somalia on almost anything and is almost complicit in Villa Somalia’s social media based governance.

Perhaps one reason why the International Community walks on eggshells in Mogadishu and is reluctant in criticizing it is Somalia’s spectacular bluff of assigning a persona non-grata to Mr. Swan’s predecessor Mr. Nicholas Haysom when he took villa Somalia to task on its criminal intervention in Baidoa that resulted in death of civilians. Somalia bluffed and the International Community blinked.

Maybe the International Community holds Somaliland to a higher bar than the failed state of Somalia and want to keep Somaliland on track to further improvement of its democratic institutions, good governance and rule of law.

Somaliland in its quest for recognition has been painfully polite and rather timid at times in its dealing with the International Community and at times seems to accept criticism from the very actors who have spent billions of their taxpayer funds in propping up Farmajo’s regime in Mogadishu.

It is quite clear that Messrs Fender and Yamamoto wont recognize Somaliland anytime soon and although their countries do contribute aid to Somaliland the relationship seems woefully lopsided and uneven.

Contrary to what many believe, Somaliland’s recognition does not depend on the level of politeness to Britain’s lowly diplomat in Hargeisa but instead taking its case to new capitals and reminding the world of its strategic importance.

It is time that Somaliland took a more aggressive approach and pushed back on the false narratives from the international hypocrites and maybe even ban few in working in Somaliland. After all, these are Ambassadors to Somalia and not Somaliland.

Far from a benefactor, the Turkish government is exploiting Somalia’s fragility

Farmajo’s Dangerous Calculus: With Ethiopia and Eritrea’s Support, Stay in Power at all Costs

Breaking – Donald Yamamoto is no Longer the US Ambassador to Somalia