More
Home News Analysis Protect and Serve or Iron Fist? What Should We Expect from Somaliland’s... 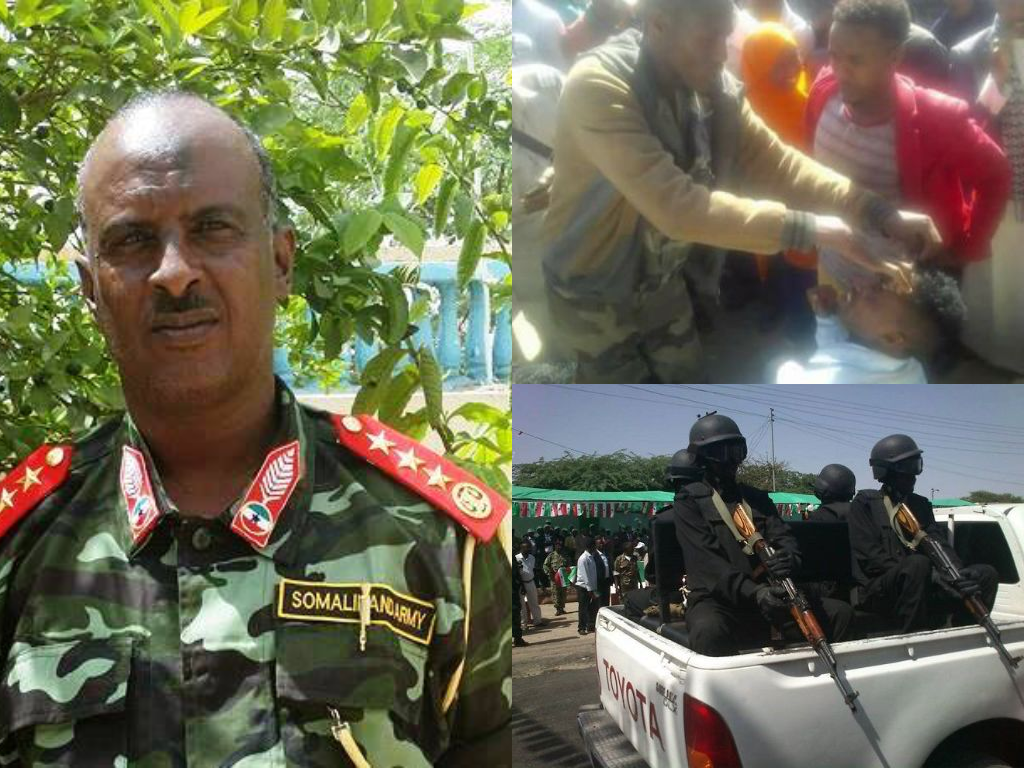 On November 5th, the President of the Republic of Somaliland His Excellency Muse Bihi Abdi appointed a new Police Commander to replace the late Major General Abdillahi Fadal Iman.

Brigadier General Mohamed Adan Saqadhi Mohamoud (Dabagale) has been a member of Somaliland’s military since its inception and has steadily risen through the ranks.

During his service in Somaliland military, he has also been busy studying in Somaliland and has had the good fortune to attend overseas military education in the UK and Ethiopia where he has graduated at the top of his class and received a master’s degree in military sciences.

Those that know the General describe him as a very pious man constantly in search for knowledge and is not shy to ask.

There is however another side to Somaliland’s new Police Commander, he is a decorated SNM veteran. Brigadier General Dabagale is said to have joined SNM forces as a young man and has quickly gained a reputation for bravery and exemplary leadership.

So what should we all expect from Brigadier General Mohamed Adan Saqadhi Mohamoud (Dabagale) as the Commander of Somaliland Police? Before we get into that, we should ask why did President Bihi choose a military man for what should be a civilian law enforcement agency?

Perhaps, the answer lies in the new Commander’s reputation for fierce independence and fairness to the point of appearing inflexible. This is according to people that have known him for decades and have served with him in the Army.

According to sources, President Bihi is intent on modernizing Somaliland Police by instituting systems to ensure civil liberties are protected and prevent unlawful arrests and to achieve this, it made sense to him bring in an outsider to ensure meaningful changes are instituted.

Somaliland Police is a vast system with many moving parts but unfortunately there is no system in place to help manage it and connect its various pieces, for instance, all case records are on paper and records can be lost or altered.

One of the other main issues with Somaliland Police is that there is no oversight of any kind, civilian or otherwise, and unfortunately have at their disposal a rather draconian piece of legislation that was recently modified and passed – Law Number 63/2013 generally referred to as the Somaliland Police Law.

There are many documented incidents where police not only overstepped their authority but have behaved in ways that were outright illegal, one of these incidents happened right after when President Bihi took office where Police have sheered hair off some youth because of a supposed joke that he will discipline youngsters by shaving their heads.

The concern of full militarization of Somaliland police by the appointment of General Dabagale spilled into full public view when the opposition Wadani Leader Mr. Hersi Haji Hassan echoed these concerns at the new Commanders swearing-in ceremony.

Past performance is generally not an indicator for future outcome and it is simply too early to judge how the new Police Commander will turn out but what is certain is that his success and failures depend on how much institutional change and accountability he brings into Somaliland Police.