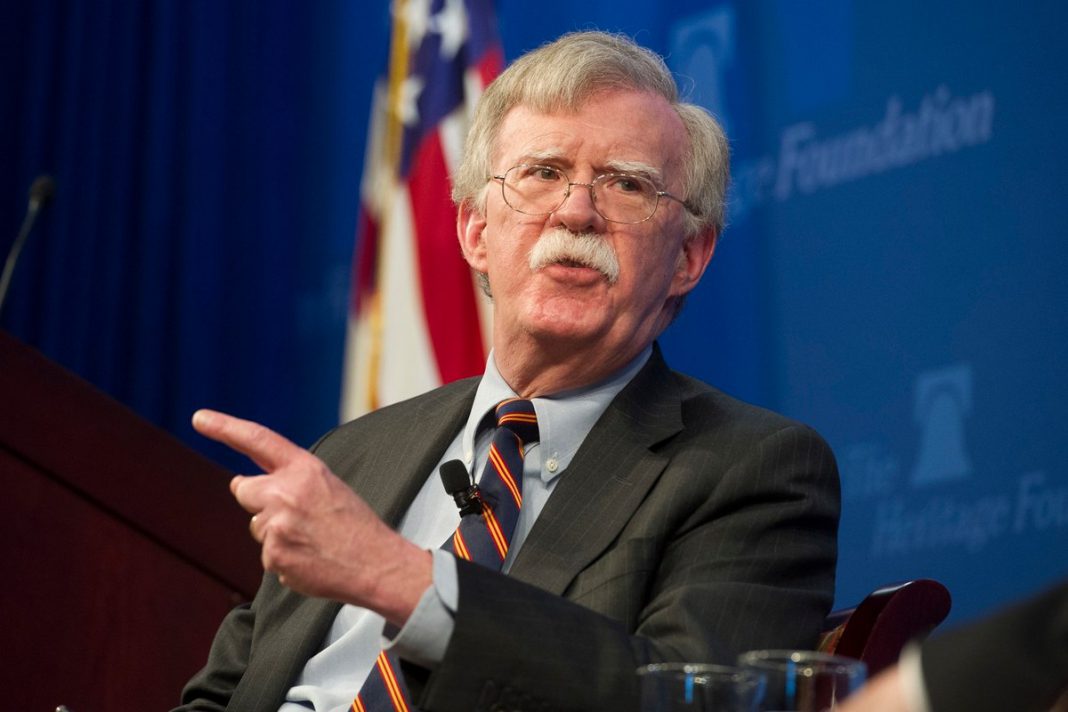 The Trump administration on Thursday announced a sharp refocus of its Africa strategy to counter what it called the “predatory” practices of China and Russia, moves which National Security Adviser John Bolton said “deliberately and aggressively targeting their investments in the region to gain a competitive advantage.”

Speaking at the conservative Heritage Foundation,Mr. Bolton said that curbing Moscow and Beijing’s growing influence in Africa will be the White House’s top objective in the region.

“Great-power competitors, namely China and Russia, are rapidly expanding their financial and political influence across Africa,” Mr. Bolton said Thursday. “They are deliberately and aggressively targeting their investments in the region to gain a competitive advantage over the United States.”

For over a decade, China has outpaced the U.S. and its allies in currying favor and investment opportunities among African nations, though what Mr. Bolton said were “bribes, opaque agreements, and the strategic use of debt to hold states in Africa captive to Beijing’s wishes and demands.”

Under the new “Prosper Africa” strategy, Mr. Bolton said, “we will encourage African leaders to choose high-quality, transparent, inclusive, and sustainable foreign investment projects, including those from the United States.”

More recently, Moscow has used its military influence, including weapons deals or military adviser forces deployed to autocratic African regimes, “that keep strongmen in power, undermine peace and security, and run counter to the best interests of the African people,” Mr. Bolton added.

“There has been an uneven appreciation of Africa,” he told reporters after his Heritage remarks. “It did not fit cohesively in American foreign policy goals.”

Trump administration’s policy readjustment toward Africa will take on a prominent role as the White House reviews U.S. foreign aid programs. The review is nearly complete, with elements of the review already being included the administration’s budget plan for fiscal year 2020, Mr. Bolton said.

The administration’s national security shift away from counterterrorism to confronting major rivals such as China and Russia required a re-think of U.S. policy in Africa, Mr. Bolton added.

“This is a very important point for the U.S. and Western world to wake up’” and recognize, Mr. Bolton said of Chinese and Russian influence expanding across Africa.

But that recognition of the threats posed by Russia and China in Africa coincided with a Pentagon decision to reduce its overall counterterror operations in Africa by 10 percent. The reductions, mostly focused on ongoing U.S. operations in western Africa, did not mean American commanders were abandoning wholesale the fight against extremists on the continent, officials insisted.

Mr. Bolton did note Washington would have no qualms about pulling support from African countries if their counterterrorism efforts were deemed to have little to no benefit to U.S. national security initiatives.

Mr. Bolton vowed that Washington will “reevaluate its support for U.N. peacekeeping missions” as well as aid to countries whose governance it finds troublesome, including South Sudan.

“The United States will no longer provide indiscriminate assistance across the entire continent,” Mr. Bolton said. He added that “countries that repeatedly vote against the United States in international forums, or take action counter to U.S. interests, should not receive generous American foreign aid.”

Notice: This is an article by Somaliland Chronicle. It is licensed under a Creative Commons Attribution-NonCommercial 4.0 International License. Under this license, all reprints and non-commerc