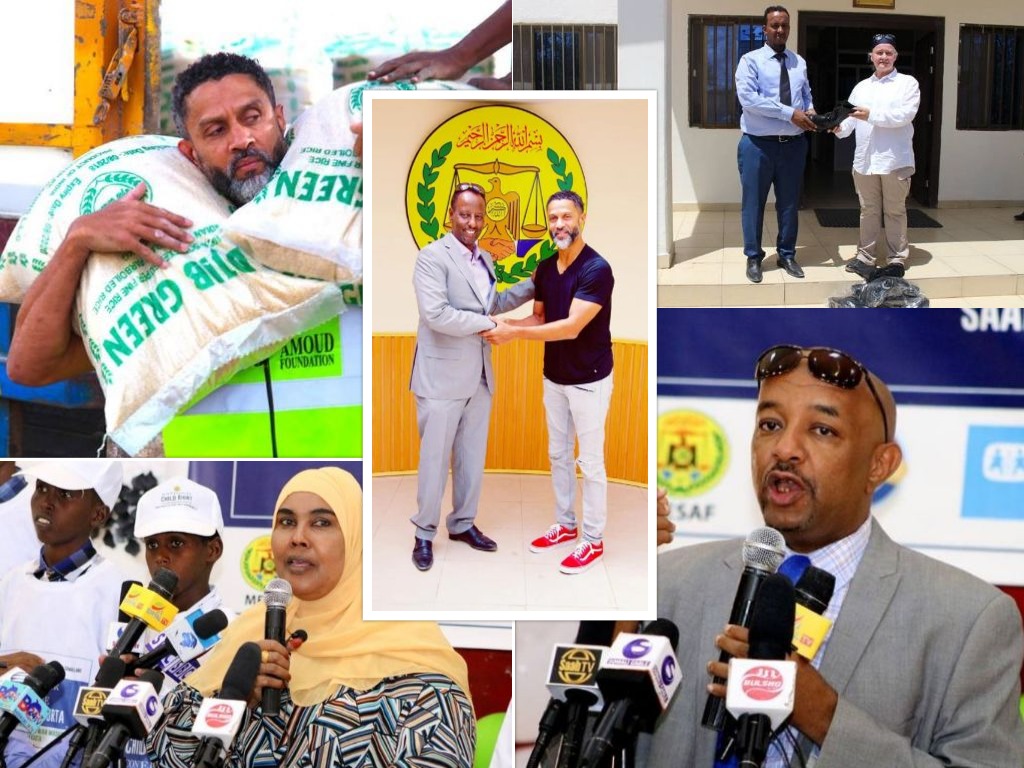 The President of Somaliland HE Muse Bihi Abdi, in his recent travel to the country’s eastern provinces gave an impassioned advice to graduates of the University of Erigavo implored them to break the cycle of aid dependency.

President Bihi spoke to the graduates about the culture of dependency and asked them to bring back the proud heritage of our people of self reliance. He added that no country has ever developed on funds from an aid agency.

This inspirational speech got us curious about a disconnect between many of the President’s policy laden speeches and why very little of it is implemented. In essence, it seems that many in President Bihi’s administration are either deaf or are simply ignoring the direction of the President of the Republic.

While the President was inaugurating many project in the east during his trip, the Director General of the Presidency was donating blankets to the Mental Hospital of Hargeisa.

Similar activities that are straight out of NGO playbook where simple provisions are distributed while cameras roll are all too common in Somaliland.

Unfortunately, these activities with little to no lasting impact are what is passes as actual work.

The Ministry of Employment, Family and Social Affairs is one of the busiest agencies in Somaliland all thanks to its Director General Mr. Mohamed Adan Elmi (Ilkocase) who came to public service from one of the oldest local NGO known as HAVAYOCO.

Unfortunately, the Ministry operations are indistinguishable from that of an NGO, where endless seminars are held about issues such as FGM and Gender based violence.

In fact, the Director General holds several of these seminars a week, again complete with wall to wall media coverage to show progress.

However, the core portfolio of Employment, whether it is job creation and other aspects of solving the rampant unemployment in Somaliland, the most we get out of the Ministry of Employment is the occasional vacancy re-posting by the Director General.

Some of these events are more of a party than an actual place of work where critical ideas are exchanged and meaningful policy is produced.

We have asked a current Minister in President Bihi’s government about his view of Mr. Mohamed Adan Elmi (Ilkocase) and others in this article and he said “If you turn on a camera and microphone in the Saraar desert, Ilkocase will magically show up for a photo op and a speech, but the President is keenly aware of what is being passed for work these days”.

Other times, it is worse where a government Minister accepts a shipment of 500 pairs of shoes and allows himself to be photographed holding a shoe from a donor.

Judging from the quality of the footwear, we estimate it the total value to be around 20,000 US dollars. This is something the Ministry of Justice can afford.

Poverty Tourism brought to you by Amoud Foundation

The first problem is that the Charity on its website, stated that Mr. Abdul-Rauf is in Somalia. This is inaccurate, he was in Somaliland.

Mr. Abdul-Rauf was met by the Vice President Abdirahman Saylici and Director General of the Presidency Mr. Mohamed Ali Bile. The public record of these meetings does not show any discussion of substance.

A charity distributing food with the help of a world reknown celebrity is not a problem, except, this same charity, Amoud Foundation, employs President Muse Bihi Abdi’s official Photographer Mr. Ibrahim Eagle.

Mr. Eagle has produced breathtaking photos of President Bihi going back to the election but unfortunately, for his other job at Amoud Foundation he has taken the photo on the right of a child in garbage.

These photos tell two different stories of Somaliland by the very person whose job it is to help sell an image that is worth of recognition.

It is unclear if Mr. Abdul-Rauf has personally contributed to the aid he is helping distribute or if he is just another poverty tourist but what is clear is that Somaliland government has not tried to take advantage of his fame in a way that is useful perhaps attracting other Muslim coverts from North America like him with means to invest in Somaliland.

When you are a hammer, everything looks like a nail

The vast majority of technocrats such as Director Generals and Heads of Departments of ministries come from civil society organization, NGOs on few occasions from the United Nations.

This is the root of the problem, these former aid workers only know one thing and that is how to operate like the NGO or the aid agency they came from.

Non-governmental organizations are generally not a problem, but there is no government in the world that operates like one. Except for Somaliland.

The President of Somaliland HE Muse Bihi’s Abdi’s message that we should rely on ourselves and take care of our own is not getting through to his own employees.

Breaking the Glass Ceiling in Somaliland