More
Home Uncategorized If The Somali Region (DDS) Wants To Become A Respected Partner In... 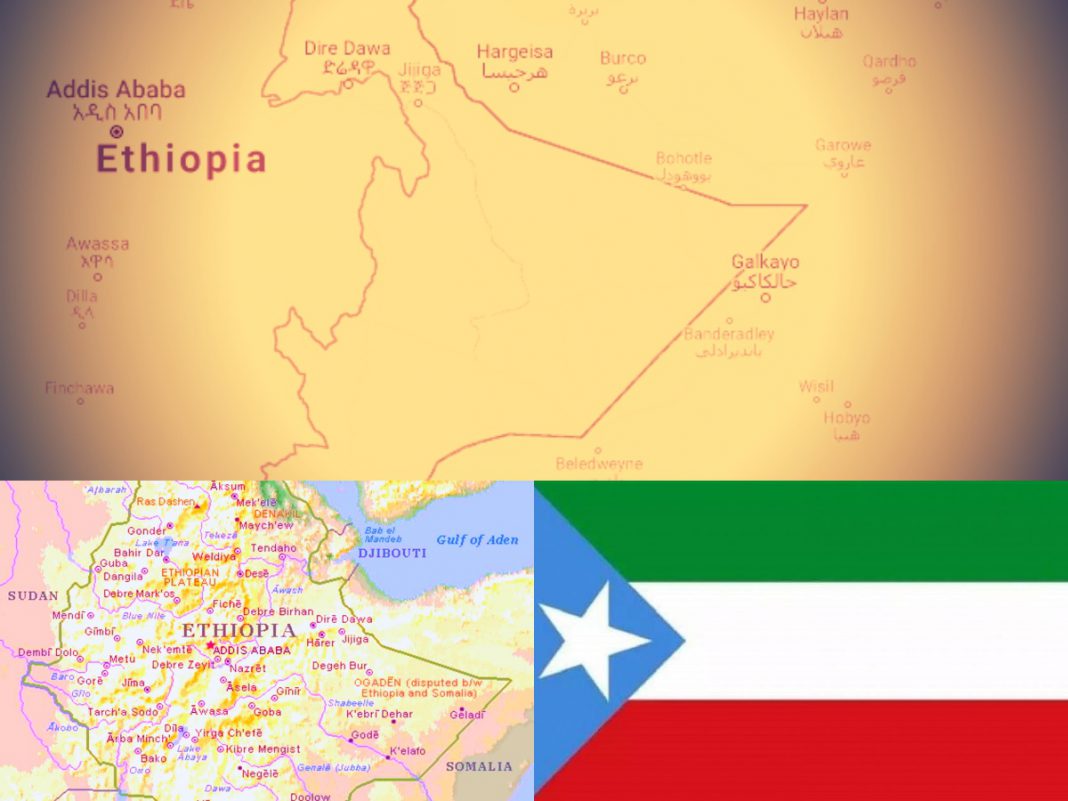 The aim of this short article is to highlight challenges and opportunities facing the Somali Region (DDS) in this critical juncture. It also tries to support the argument which claims the Somali Region was allocated fraction of the investments other regions of similar size and population received.

In the past two and half decades’ Ethiopian government followed what it calls developmental state system(Economy). Late Prime Minister Melez is very often credited adopting the above economic model while critics argue the economic strategy was fundamentally wrong. Strong disagreement exists the merits of the number of the empirical evidences which suggested the adopted system has led to the unseen economic growth Ethiopia has experienced in the past decade. Unfortunately, not every region benefited from

the economic growth, very often the question of equity proved to became the driver for many of the unrests seen in different parts of the country. Strangely, the Somali Region (DDS), which received fraction of the investments/projects allocated to other similar states remained silent, or at least there was no public outcry regarding the unbalanced allocation of the available investments.

In a perfect scenario experts analyses on how different states within the federal government of Ethiopia has performed (considering the number of investments and the size of projects allocated ) would have provided a useful insight. But as often the case undertaking such analysis appears not to be easy as the available statistics, and the rationale behind why allocating a certain fund to a particular state and not to another state is not in public domain. But the publicly available statistics/facts point out Somali State ( DDS) were one of the states which received the lowest developmental funds/projects compare to other similar states in terms of size and population. This unfair distribution of development funds led to unequal economic growth. Since the number of big infrastructure projects were limited and no other major development projects were implemented in the Somali Region, the economic growth of this region is poor. Below statistics confirms unbalanced allocation of investments among regions.

‘Roads built by the federal government has connected 95.7Pct of woredas in the state of Tigray, 82Pct in the state of Amhara, 81Pct in Southern regional state and 73.6Pct in the state of Oromia, the least being 57Pct in the state of Somali, according to a report by Subsidy Budget and Concurrent Revenues Rationing Standing Committee at the House of Federation released in May 2019. Tigray and Gambela have only two woredas that are not linked with a federal road, which stirred up controversies, although the former released a statement claiming the report released by the Committee is not factually correct and made a wrong conclusion without taking the administration changes into account. Additionally, 92Pct of the woredas in the state of Tigray are connected with concrete asphalt, while it is 51Pct in Amhara, 46Pct in Oromia and the Southern Region, 45Pct in Afar, 39Pct in Gambela, 25Pct in Benishangul and 15Pct in Somali.’’[1]

Additionally, 92Pct of the woredas in the state of Tigray are connected with concrete asphalt, while it is 51Pct in Amhara, 46Pct in Oromia and the Southern Region, 45Pct in Afar, 39Pct in Gambela, 25Pct in Benishangul and 15Pct in Somal In terms of 3G network infrastructure, Amhara leads with 71Pct, Oromia with 66Pct and Southern region with 64Pct, while for the other regions it is below 40Pct. In terms of electricity, 21Pct of Tigray has access to electricity, followed by 15Pct in Oromia, 10Pct in Amhara, nine percent in the Southern region, and 4.5Pct in Somali.

The widely welcomed political and leadership changes which took place in Addis Ababa back in 2018 has led to many unprecedented political developments. Peaceful change of power in JigJiga was one of its first political interventions. Somali region did not see tangible gains from the economic development which Ethiopia experienced in the Melez Era. This time around people from the Somali Region ( DDS) hope the current president will utilize cleverly the political weight of the Region in order to influence federal level economic and political decisions.

It is no exaggeration to state the current leader President Mustafa Omer has inherited a very problematic region (DDS), in a very critical time. The severity of the polarization among the people in the Somali Region plus the unprecedented political developments in Ethiopia would intimidate every new leader. President Omar adopted pragmatic approach; his first priority became to maintain peace and security, filling up leadership positions without a delay, assuming full control of the state, including Liyu police which many has predicted would become a problematic for the new president to assert full control, taking more reconciliatory actions. And considering the circumstances in the Somali State, its widely acknowledged he has managed the transition period very competently. His supporters point out that he has managed number of challenging situations which tested his leadership credentials.

Since the current president came to power, some notable progresses were made. One of his first decisions was to signal that his government will abandon the culture of fear and intimidation and promote openness and social cohesion. The new government policy shifted towards winning the trust of the people and in order to get that, government must respect people’s freedom to get on with their life’s and businesses. Also there is a genuine sense that this administration is, to some extent, willing to promote the creation of civic space and civic dialogue which was unthinkable in the near past. Encouragingly much emphasis was also placed on service delivery improvements, even at some government offices an ambitious targets (time) are set, for delivering a certain service i.e how long it must take a court to hear a case and make a decision etc.

Although, this region has not witnessed no-where near the number of big and important infrastructure projects that it would have gotten if there was a good and fair mechanism of allocating resources among regions/states in Ethiopia, yet, it is important to mention this new administration has intensified the already ongoing infrastructure projects such as roads and water dams in different parts of the region and started new ones. The capital of the state is also witnessing remarkable changes, in terms of the number and size of the new roads. However, it would be naïve to make it sound everything is rosy; Unfortunately, the health, education, energy and public facilities in general are frighteningly poor and need serious interventions and investments.

It is fair to acknowledge since the new president came to power the focus of the government turned to delivering the services and serving the people. President Mustafa and his government can be proud of the relatively positive assessment it will get regarding its achievements during the time they are in office. But there should be no illusion, the task at hand and challenges ahead require more work, commitment and long term vision, in order (for this state) to claim and get its fair in this critical juncture. More efforts need to be made to increase the base and support for this current government, therefore, it is critical to use the short time between now and the election day ( if there will be one)  within this year, to present concrete plans and policies which will address the most pressing issues that matters to the ordinary citizens of this region (DDS). Though, the biggest test is to unite the people and making real efforts to get all constituencies/communities in this Region on board, this might probably sound too unrealistic but underestimating the problem of disunity and division among the communities in this region is political naïvetés (looking back the historical political failure during the early 90st). To participate successfully in the federal ‘’rugby-like political process’’ before making any serious attempts to address internal divisions, is undoubtedly recipe for another decade of failure.

Somali State (DDS) did not do well in many areas’ while other regions have seen significant improvement in different fronts, human and economic developments. It has also not asserted any influence in the Federal arena but rather remained a willing partner to the ruling party which resulted that it has been frequently overlooked when important decisions were taken and resources were allocating. The main problem for the Somali State ( DDS) was, the problem of ‘’ inward looking’’ region where internal rivalry and divisions became the main business of government. And despite suffering economic hardship and living under dire under-developed region, communities in this region were so unprepared and uninformed to know whether they have got stake in this developmental state of Ethiopia. Another unfortunate factor was that the majority of the learned and experts from this region has left the state or became disillusioned. Even those educated and were well off members from this region (particularly in the diaspora) did not put their differences apart hence their contributions were not well coordinated and united.

In this critical time, each region is playing their influences wisely and strategically. One would hope that is the case for the Somali Region too as no Region can afford to find itself in the wrong side of the equation. Therefore, having the most competent and capable people in key positions is paramount both in local and federal levels, most certainly that did not happen in the past. Avoiding making the mistakes made in the early 90s which appeared to be a costly lesson is extremely important, every constituency, community in this region must not entertain the idea of finding an ally outside The Somali State in the hope of gaining political influence, because past experience shows this will only lead to zero sum game. Communities in this state can only see the big benefits from the federal system, only and when they form one front.

Finally, citizens of this state (DDS) must realize the most dangerous thing that require concerted efforts from people from all walks of life, is to discourage the culture of living in the past, culture of blame, us versus them mentality. If such (above) destructive behaviors, which will become detrimental to community cohesion and national solidarity here in the Somali Region (DDS), will not change and more reconciliation and forward looking culture is promoted, this region is doomed to repeat its past mistakes and once again failure will become unavoidable reality.

About the Author
Awale Shirwa served as Minister of Planning and National Development for the current government, he studied development economy with the focus on Sub Saharan Countries., holds Msc Degree From University of London and MA Degree from University of Surrey. and is currently Trade and Investment Analyst, Commentator and Horn Of Africa Economic Development Specialist.