More
Home Uncategorized The Adult in the Room – Inside the Minister of Education's Effort... 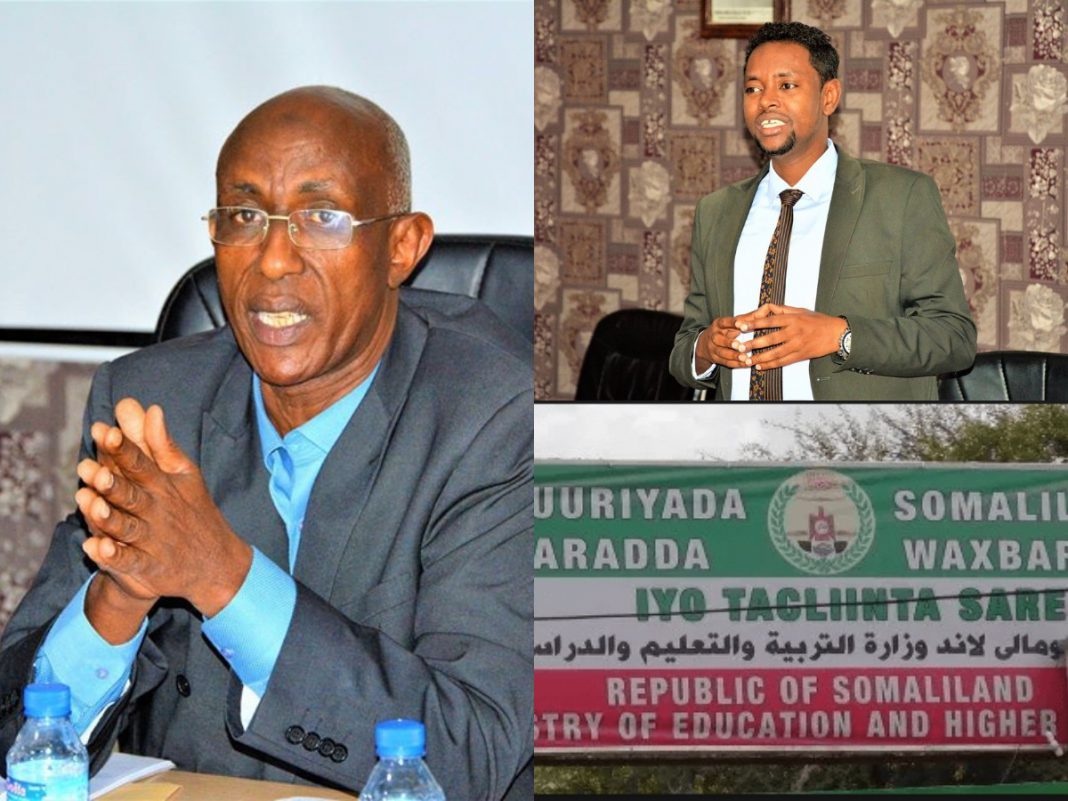 It has been exactly two months since the President of Somaliland HE Muse Bihi Abdi reshuffled his cabinet and appointed Hon. Ahmed Mohamed Diriye Egeh the Minister of Education and Science.

In this relatively short period, Hon Egeh has uncovered a major discrepancy in the official staff headcount of the ministry, specifically in the number of employees were in the hand-off documents and those that were submitted by the ministry’s Administration and Finance and Human Resources departments for payroll.

According to internal ministry memos detailing the conflicting staff headcount, which as high as 30.8% in the Togdheer region, the minister has halted payroll for all regions in question and the Ministry headquarters until his subordinates provide satisfactory answers for the discrepancy.

It is unclear why the ministry has three conflicting headcounts for its staff and why it was not noticed before the arrival of Hon Egeh just two months ago.

Although the Civil Service Commission has completed an official headcount of government workforce as part of a 10 million dollars World Bank-funded project, it has failed to address the minister’s basic question of how many staffers work at the Ministry of Education and Science.

The Civil Service Commission has claimed to have purged some 1200 ghost workers from the government payroll at the end of the headcount project.

The internal memos show that the Minister may reach out to the Civil Service Commission and the Auditor General to help look into these issues.

Asked about their view of the Minister, an employee described him as “a personification of righteous retribution upon the corrupt in our ministry, they can’t fool him, he is exactly the right man for the job.”.

“He is attention to detail at his level is exceptional; he will pick out a needle in a haystack of numbers. He is just getting started.” Said a former coworker who worked with him at the Ministry of Planning and National Development.

The internal memos show the minister’s no-nonsense tone to get answers, and his detailed analysis of the current state of affairs shows a man with a knack for crunching numbers into early morning hours to make decisions, a rarity among the current crop of administration officials.

There has been an audit that was ordered by the President to look into an allegation of corruption at the Ministry of Education and Science before the arrival of the Hon. Egeh and although both the Minister and his Deputy were both replaced the audit findings were not made public.

The Director-General, Mr. Ahmed Abokor has also been implicated in corruption in the past while working for Save the Children on projects for the Ministry of Education and Science. According to sources, Mr. Abokor has been terminated by SCF as a result of those allegations.

Shortly after his termination from SCF, he was appointed as Director-General Ministry of Education and Science in former President Ahmed Mohamoud Silanyo’s administration and President Bihi has kept him on.

Mr. Abokor had a short stint at the Ministry of Investments and was part of a team that worked on a billion-dollar deal with a non-existent Chinese Bank but has since successfully lobbied the President for reassignment back to the Ministry of Education and Science.

As confirmation of an in-depth review of the Ministry’s operations and direction, on a separate memo, the minister has ordered the immediate halt to ongoing pilot registration of primary/intermediate students for the JPLG project for further review and clarification of objectives.

Although he is too new to evaluate, the Minister’s genuine desire to properly evaluate and bring about reform is on a collision course with entrenched interest and corruption and success depends on how much the President, who ran on an anti-corruption platform, will support his action.

Repeated attempt to speak with Hon Egeh about the staff discrepancy, payroll freeze, JPLG, and other reform items on his agenda has been unsuccessful.