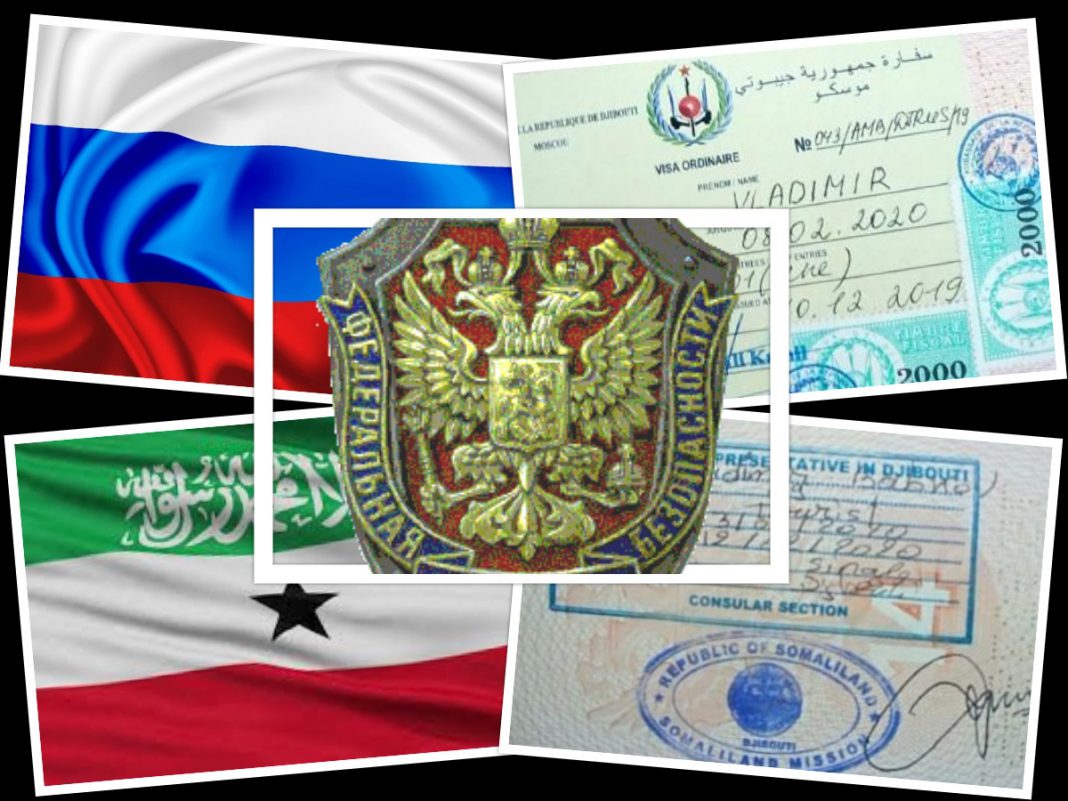 In December 2019, a group of Russian military age males applied for visas in Djibouti’s Moscow Consulate on separate dates and on brand new passports. The same group of men arrived in Djibouti on the same day and applied for Somaliland visas.

According to sources, after a short stay in Hargeisa, the gentlemen proceeded to Berbera where they spent the bulk of their time in Somaliland and even chartered a boat to the west of Berbera all the way to Zeila.

Search of the men’s identities reveals little except that one of them is using the name of a famous Russian MMA fighters while others seems to be generic Russian names.

Sources added that their passports were new and seemed to have been issued within 2 months of one another.

Kremlin interest in Africa and Somaliland has been widely reports recently and Somaliland and its strategic coast would give Russia a much needed foothold on Bab al-Mandab Strait.

Somaliland government officials declined to comment on what they know about the visit.