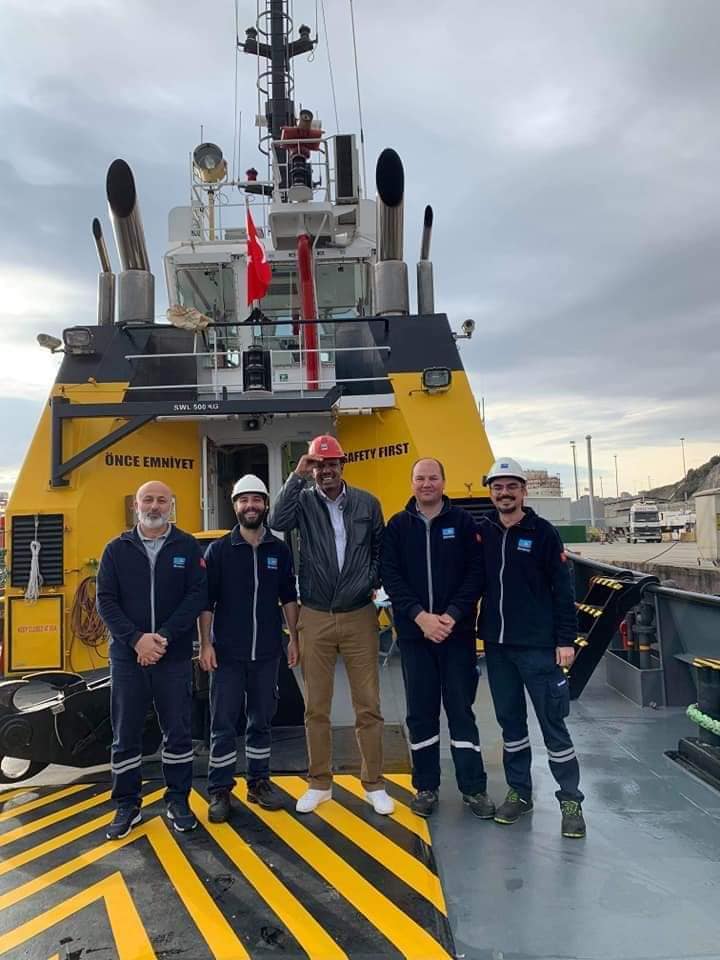 In less than two years, Berbera Port Authorities have purchased a second tugboat for the bustling Berbera port.

In a statement on his facebook page the Port Manager Mr. Saeed Hassan Abdillahi announced the purchase of the tugboat and added that the purchase was facilitated by P&O Maritime.

The Port Managers statement stated that the purchase of the tugboat is fully funded by the government of Somaliland.

Capacity of Berbera Port has increased significantly and is expected to handle more traffic once the ongoing expansion by DP World currently underway is concluded.

No details of the new tugboat was provided and attempts to reach the Port Manager were unsuccessful.