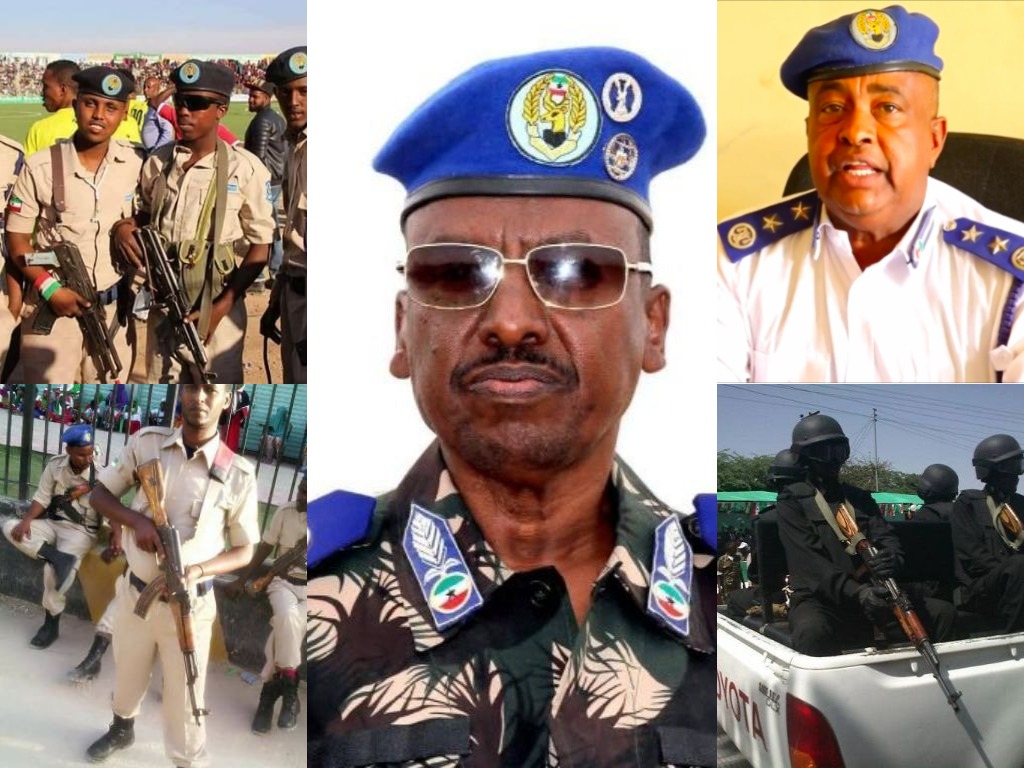 The Republic of Somaliland is one of the safest countries in Africa despite the fact that it is not yet internationally recognized. It has achieved a level of peace and security that is the envy of many African countries.

Somaliland has been through many challenges since its independence 1991, and some of those challenges still remain. Many successive administrations struggled to curtail tribal conflicts where some such as the one in Eil-Afweyn in Sanaag region have proven especially difficult and continue to be a work in progress.

As Somaliland’s democracy and institutions transition from basic to fully mature organizations, the need for oversight becomes an important part of creating accountability and ensuring every government institution operates within the confines of the law.

At the moment, one of the most important organizations in Somaliland is its law enforcement and the police is the one organization that interacts with the public more frequently than any other government organization it requires an urgent for demilitarization, reform and oversight of its operations.

Somaliland Police is not a civilian organization, at least not when one looks at their standard issue and fully automatic AK47 assault rifles, regardless of where they are deployed, even at a soccer match.

This lethal weapon is slung on the shoulder of every police officer in Somaliland even in the middle of major cities where the most danger they face is a breaking up a fight or occasionally dealing with an unruly street vendor.

While everyone in Somaliland is familiar with it, lets give you a refresher as to how lethal it is.

The classic AK47 or Kalashnikov Model 47 is finest instrument of death in the 21st century. It fires 7.62 x 33mm round capable of penetrating 10 inches of solid steel at the rate of 600 rounds per minute and it is effective at a range of 700 yards.

It is an instrument of war designed for one thing to only – to kill.

There are documented cases of brutality by Somaliland Police where some cases have resulted in civilian deaths that have never been properly investigated and no one was ever held accountable.

This issue has spanned successive administrations in Somaliland and though no fatal encounters have occurred while President Bihi has been in office, there has been cases of extrajudicial arrests.

The need to employ lethal force to counter a clear and present danger to public safety is a necessary capability that any state needs to retain, and for this very purpose, Somaliland happens to have at its disposal the very best.  A highly skilled and specialized police units that are intended for counter terrorism, rapid reaction and deployment. These units are even less accountable and their actions shrouded in secrecy.

The existence of these highly specialized and capable units negates the need to arm regular police units with a fully automatic AK47 assault rifle.

The ubiquitous presence of police with automatic weapons creates an image of insecurity and imminent conflict.

There is zero accountability and oversight over Somaliland Police.

Law #63/2013 also known as the Police Law has robust mechanisms to institute oversight and accountability on Somaliland police, though signed into law, its implementation has been on hold for unknown reasons.

There is no record of the Police Commander, General Abdillahi Fadal Iman ever discussing #63/2013 where it is in the process of getting adopted.

According to high ranking police officials and others who have known him since his days as a police inspector, the general view of the Police Commander Abdillahi Fadal Iman is that his sole preoccupation is to stay on the good side of the President that he has little time for anything else and will never question the legality of an order given to him, even at times by peers such as ministers. Privately, he is colloquially known as the President’s second bodyguard.

Even though the Ministry of Interior has oversight and supervisory role over Police Force, the Minister, Mohamed Kahin has been hopelessly tied up trying to put out multiple tribal conflicts in the country’s East since his appointment to the post.

There is a culture of impunity and that culture is personified by the Police Spokesman Mr. Faisal Hiis. He has a habit of making up laws on the fly while routinely threatening citizens with arrest. In every address to the media he cites multiple laws that are often out of context.

Here is his latest public spat with a news outlet that republished a report by SONSAF regarding Somaliland Police.

In this short clip, the Police Spokesman manages to cite not only non-existent laws but blatantly makes up laws to fit the narrative that a news outlet has committed a crime. We are unsure of the Police Spokesman’s legal background but his tenuous grasp of basic facts is inescapable.

For instance, Article 184 of the Penal Code is not what he described. Here is Article 184 in its entirety.

Mr Hiis is not only the Police Spokesman but is the actual commander of Somaliland’s Traffic Police. He has no legal background.

Mr Hiis is one of the highest ranking police officers in Somaliland and what he says and how he says it matters. His out of breath torrent of threats are the public face of Somaliland Police, his hostile demeanor is what many police officers take their cues as to how to deal with the public. Intimidation and threat of physical harm or arrest is their primary modus operandi.

Mr Hiis’s behavior is the only guide many police officers in Somaliland have as a leadership example to follow. While the majority are incredibly hardworking and honorable citizens with a sense of duty, there are many whose default mode of interacting with the public is intimidation and threat of either physical harm or arrest.

The video below is the latest episode of a cop interacting with a street vendor. Many street vendors and stubborn and block major roads but the manner in which he is manhandled seems to be outside of the law.

Moving Somaliland Police from its current militaristic posture to a traditional civilian law enforcement agency whose primary role is to preserve life and property is a massive undertaking.

Assigning equal priorities to teach civil liberties and citizen’s rights and weapons and tactical training in police academy will ensure that graduates will help an elderly citizen or school children cross the street and be equally proficient in preserving life and property.

One of the first pieces of legislation President Muse Bihi Abdi signed as soon as he took office is Law Number 63/2013 generally referred to as the Somaliland Police Law.

Though Law #63/2013 codifies many important things but makes no mention of demilitarization of the police or softening their posture to a a kinder version of its current version, it specifically imposes a sufficient level of oversight that is currently missing.

It has been almost a year since President Muse Bihi Abdi signed Law #63/2013 and to date it has not been implemented.

We have been unable to find anyone who would speak on the record regarding the implementation of this law and if there anything that is preventing it from being adopted.