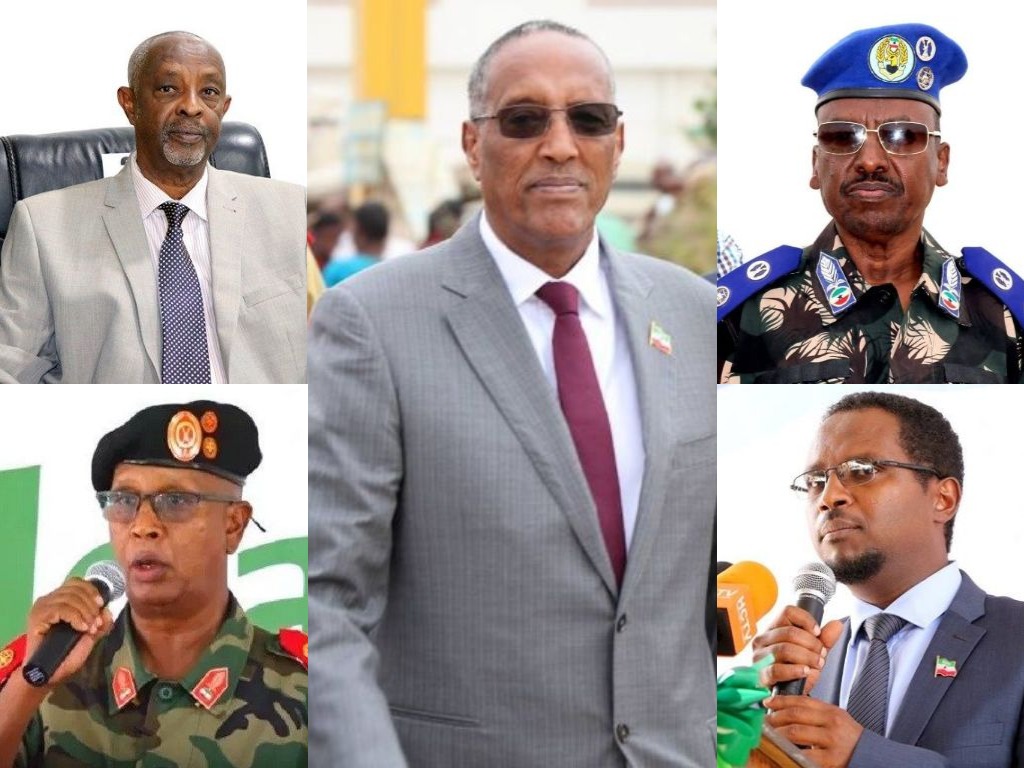 According to multiple sources President Bihi is finalizing a major reshuffle of his administration. If it materializes, this would be the third reshuffle President Muse Bihi Abdi since taking office nearly two years.

Notable changes brought by President Bihi’s earlier reshuffles are the ouster of the entire leadership of the Ministry of Finance, the sacking of the Ministers of Information and Defense over corruption allegations and a defense forces related changes that did not affect the top brass of the police of the military.

Both allies and opposition figures have criticized the President for picking too many political neophytes with little to no expertise in their respective portfolios.

Important positions, such as the heads of Somaliland’s Military, Police forces, and Judiciary have remained unchanged since their nomination by former President Ahmed Mohamoud Silanyo.

Health issues have led the former Minister of Health to resign, where current the Minister of planning have been on medical leave only days since his appointment.

According to multiple administration officials who spoke to Somaliland Chronicle on condition of anonymity, the upcoming reshuffle would affect many ministries including Interior, Education, Youth and Sport, Livestock and Fisheries.

Though we have been unable to confirm directly from the Presidency, sources have pointed out that this could be the biggest reshuffle of President Bihi’s presidency and may include changes to Military, Police and Judiciary.

Sources add that President Bihi may also restructure some ministries such as the Livestock and Fisheries Development.