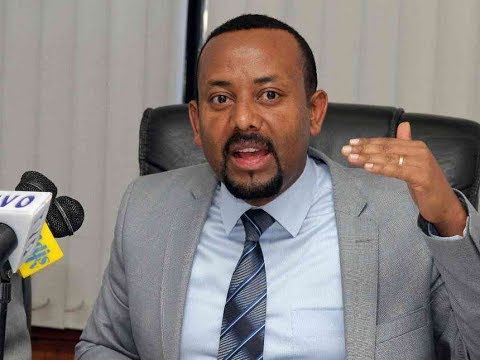 Unrest in Ethiopia’s Somali region has gained momentum on Saturday following the deployment of military in regional capital of Jijiga early Saturday morning.

Looting and burning of property has been reported by witnesses on Satuday as unrest spread across the region. Witnesses also reported gunfire and sporadic fighting between the Ethiopian military and local security forces known as Liyu.

Reports of arson against Ethiopian Orthodox churches have been reported as well as violence against non-Somali ethic groups according to witnesses.

It is unclear why the central authorities Addis Ababa have intervened in the Somali region but there have been unconfirmed reports that members of the Somali regional parliament were planning on Saturday to invoke article 39 of the Ethiopian constitution which allows self-determination including secession from Ethiopia.

Statement from the Ethiopian Ministry of Defense confirmed the troop deployment. “The violence has not been halted despite attempts by defense forces and other security forces to restore calm,” the ministry said in a statement.

“The violence has not been halted despite attempts by defense forces and other security forces to restore calm,”

The statement from the ministry stated “Hence, as the region’s peace and security has come under threat, our defense forces will not remain silent in the face of unrest and chaos and will take necessary measures in accordance with constitutional obligations.” Underscoring the seriousness of the situation in Ethiopia’s Somali region.

The province has been plagued by violence for the last three decades. The government has fought the rebel Ogaden National Liberation Front (ONLF) since 1984 after the group launched a bid for secession of the region, also known as Ogaden.

Since 2017, clashes along the Somali region’s border with Oromiya province have displaced tens of thousands of people.

On July 4th, the Human Rights Watch published a detailed report of human rights violation at the notorious Ogaden prison in Jijiga. Last month, Ethiopia fired senior prison officials there after details emerged of torture and other abuses in one notorious prison.

Jail Ogaden is unthinkable. From the moment you are put there until the moment you are released, you do not know if you are alive or dead. You are tortured and humiliated day and night, you are starved, [and] you can’t sleep because there’s so many people.

In a statement, the ONLF criticized the deployment of federal troops, saying the government had ordered its military “to attack and take over the Somali regional administration … creating chaos and uncertainty”.

The “ONLF calls upon the new Prime Minister of Ethiopia to halt immediately any military activities and initiate a peaceful process,” it added, referring to Abiy Ahmed, who took office in April.

Somaliland authorities have issued a directive to tighten border with Ethiopia following the unrests. It is unclear how much the chaos in the region will affect Somaliland’s massive trade Ethiopia specifically the Somali Ethiopian region currently roiled by unrest.