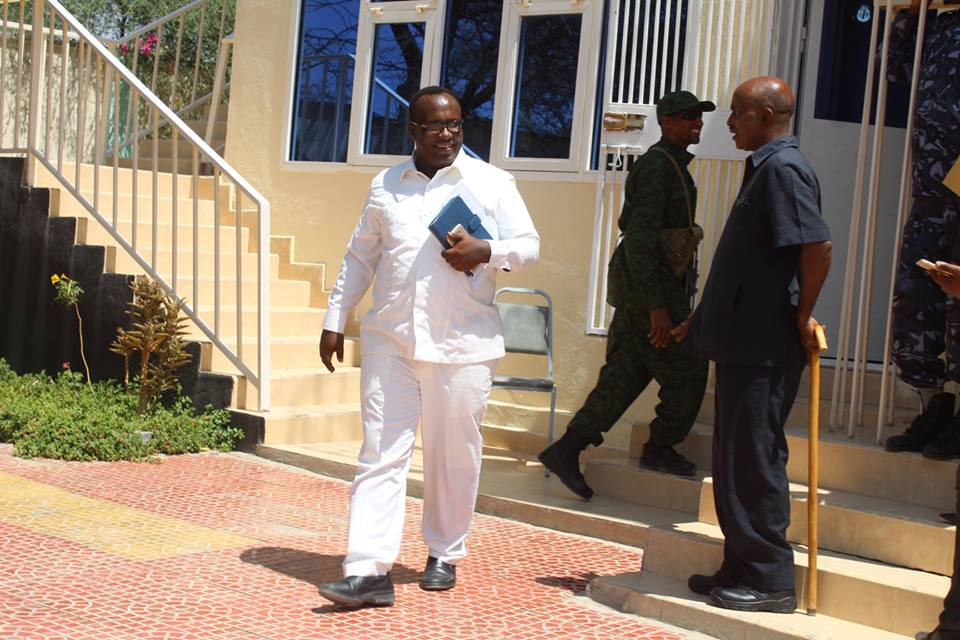 Somaliland’s Vice Minister of Finance HE Mohamed Ahmed Dahir, in a speech to the Inland Revenue Services team at a training event said the 20 largest businesses in Somaliland have paid a combined 0.4% of Payroll taxes in 2017.

The Vice Minister said “in 2017, the total Payroll Tax collected was 5.8 Million US Dollars, of which only 0.4% or less than 1% came from the 20 largest businesses in Somaliland”

He added that “99.4% of the payroll collected was paid by government NGO emplyees”.

To put this in perspective, the largest corporations in Somaliland including Dahabshiil, Telesom, Somtel, Salama Bank and many other multi million dollar companies collectively paid $23,200.00 in payroll taxes.

Deputy Minister Dahir asked the largest 20 corporations in Somaliland to deduct payroll taxes from their employees and added that Somaliland’s 6% payroll tax rate is one of cheapest in the world, while some countries payroll taxes are minimum of 15%.

The Deputy Minister stated that the employer is responsible for filling out the relevant forms for payroll tax assessment and will be penalized and will be prosecuted for any false declaration on these official government forms ie reporting false number of employees or their salaries.

The Vice Minister concluded his remark “The only way to build out country is to abide by our laws and pay our fair share of taxes”.

Mr Dahir did not specify what kind of penalties the government would levy against companies for under-reporting their employees’ income to reduce their payroll tax obligations.

An Inland Revenue Services employee described the training as “learning how to fill forms!” adding “its like pushing a boulder uphill with oil under your feet, how I am going to ensure Dahabshiil and Telesom are not lying about how many employees they have?”

Others officials at the Ministry of Finance stated that enforcement is key to assessing payroll taxes while others complained about their own pay scales being less than a living wage.

“I seriously doubt anyone can prosecute Dahabshiil or Somcable, the owners have friends in high places, I guarantee someone will loose their job instantly if they complain about them” said a senior Finance Minister official on condition of anonymity.

We have reached to an HR manager at one of these large corporations to ask him about the Vice Minister’s comment and if their organizations are positioned to deduct payroll taxes and he stated “I think the government needs to earn the trust of the people and that their taxes will not be used to private mansions but would go to health care and education”.

Despite millions of dollars spent by the World Bank on the Ministry of Finance’s PFM project, this effort to reenergize the payroll tax collection remains a manual process and is based entirely on physical forms.