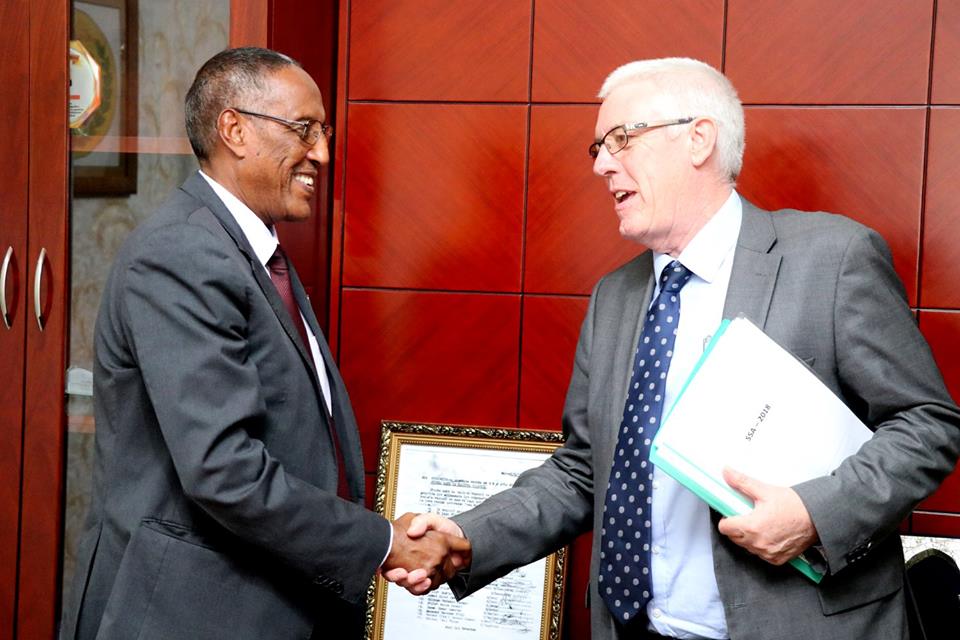 It has been widely reported yesterday that Somalia has written to the international donors that it will not be renewing the Somaliland Special Arrangement agreement that has been in place since 2013.

In the letter, the Somali Minister of Planning stated that treating Somaliland differently is not fair to other states of Somalia and that all aid should flow through the Somali Federal Government. In his letter, he did not mention that Somaliland has withdrawn from the union with Somalia in 1991 and has been an independent country for 27 years.

A response letter from the heads of Somalia Donor Group was not addressed to the Minister of Planning, instead to the Somali Deputy Prime Minister, and while diplomatically crafted it made it clear to the Somalia government that the circumstances that made it necessary to have this agreement in the first place still apply.

This is a clear indication that the SSA agreement is something that was put together by the international community to ensure Somaliland gets it is fair share of aid directly and not through Somalia.

In a rebuttal to the main point of the Somali Minister letter, stated that there are stark differences between Somaliland and Puntland and none of the other Somalia states existed at the time the agreement was reached. Additionally, this agreement is necessary to keep up with Somaliland’s breakneck development pace or as the letter put it development needs.

Finally, the response letter asks that Somali’s Federal Government to avoid politicizing aid activities and to reconsider the proposal in a “constructive and sincere spirit” and to come back with a no objection guarantee.

The response from the international donors has been public for few hours and has been widely discussed among regional observers, some view it as a strong rebuke to Somalia’s letter and a not so gentle reminder that the Somalia Donor Group will deal with Somalia with or without the cooperation of Somalia’s Federal Government.