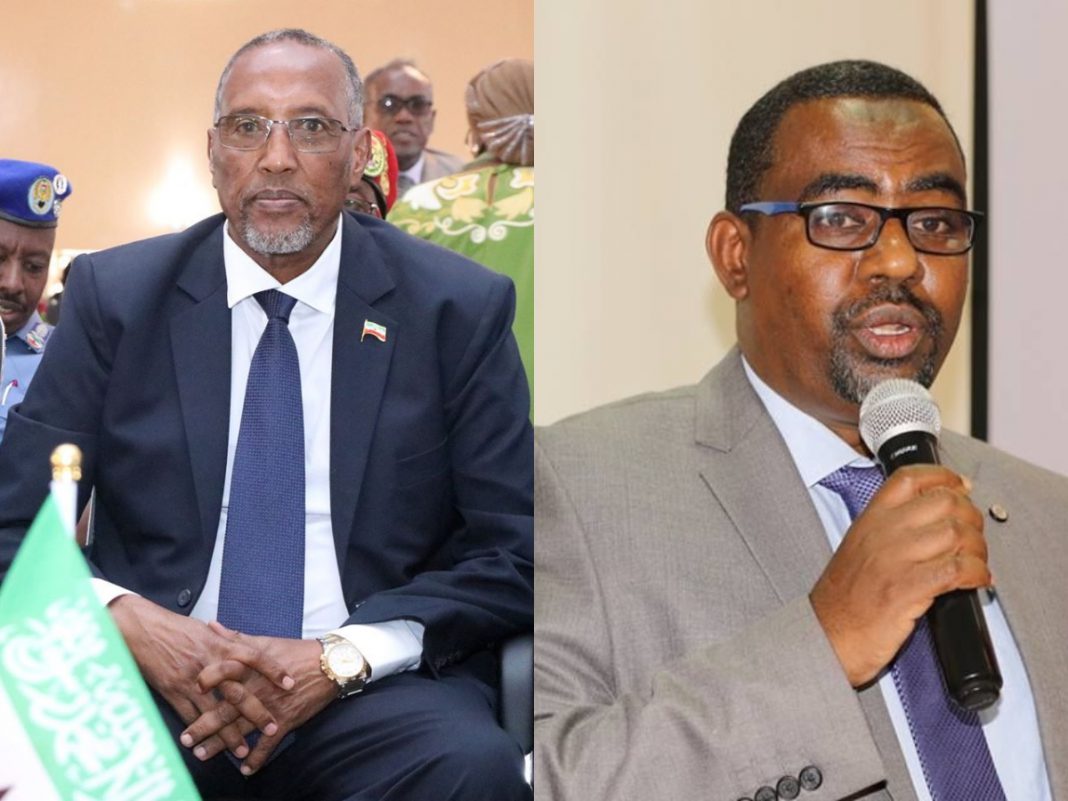 According to sources close to the Berbera Corridor, the Project Manager appointed on June 3rd by President Bihi Engineer Mahamoud Abdi Mohamed (Dhuudhi) has resigned.

Sources add that Engineer Mohamed’s resignation is due to disagreement with the Minister of Transport and Road Development Hon. Abdillahi Omar Abokor who wanted the newly appointed team to report to him.

The complaint of interference from Minister Abokor reached the President along with an offer to resign. President Bihi has accepted Mr. Mohamed’s resignation and may replace him with the former National Election Commission Chairman Mr. Issa Yusuf Mohamed (Hamari).

Minister Abokor whose core portfolio includes the Road Development Authority and is in charge of Somaliland’s road network has been excluded from the Project Implementation Unit appointed by President Bihi on just a month ago as reported by Geeska newspaper.

The President’s letter to Abu Dhabi Fund for Development about the formation of the Berbera Corridor Project Implementation Unit did not mention a role for the Ministry of Transport and Road Development, instead, it stated that the team will report directly to the President.

According to sources, President Bihi is reportedly unhappy with the progress of Berbera Corridor’s progress where only 12 kilometers have been completed since the project started a year ago.

Traffic fatalities remain a major public health hazard in Somaliland where according to Minister Abokor over 200 people died last year in traffic-related accidents. Today, 9 fatalities have been reported in multiple accidents in Somaliland, one of which claimed the life of a Police Captain.

Questions to the Ministry of Transportation and Road Development and the Presidency for clarification and progress of Berbera Corridor were unanswered.

President Bihi Inaugurates the Opening of the Largest Bridge in Somaliland