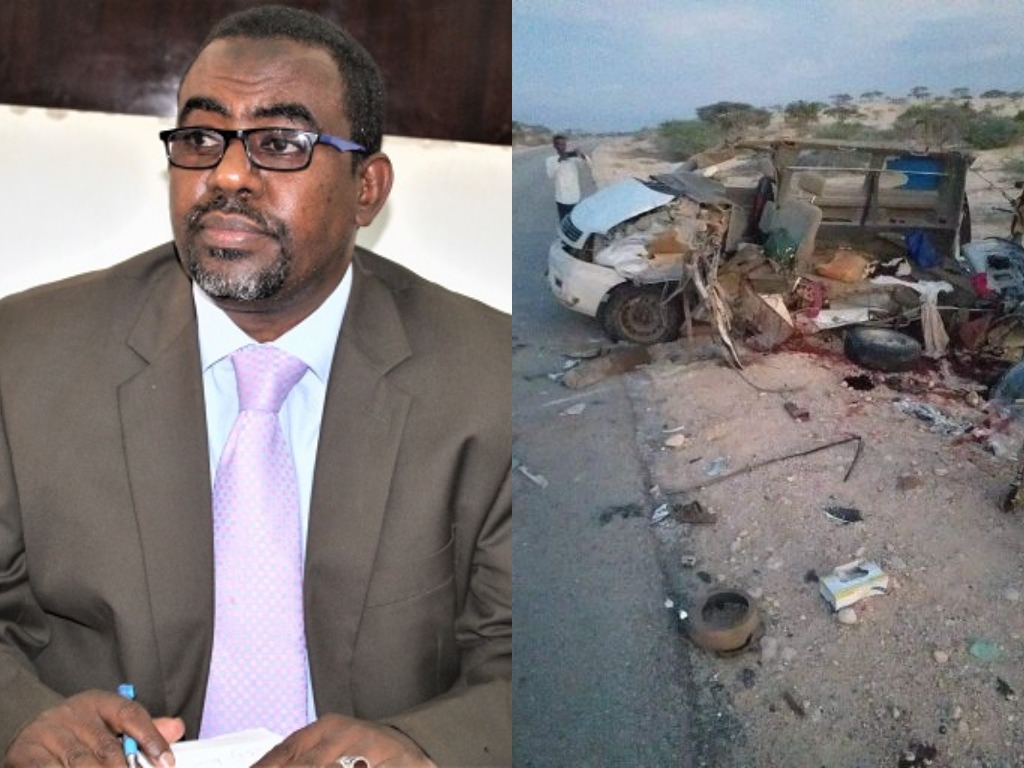 A fatal car accident involving a people carrier and a truck transporting the popular narcotic of Khat have claimed 15 lives and wounded another 11 around the port city of Berbera.

The dead and wounded have been transported to Berbera General Hospital and the death may raise due to the nature of injuries according to medical staff currently treating the wounded. Most public hospitals in Somaliland do not have the capacity to deal with multiple shock trauma patients.

Reports from the scene of the accident state the majority of the dead were the passengers of the Toyota Noah minivan are Ethiopian nationals heading Bossasso, the regional capital of the Puntland State of Somalia.

According to multiple media reports, the eight-passenger seat Toyota Noah minivan was carrying at least double its intended passenger count.

Authorities rarely enforce vehicle gross weight in Somaliland and many third world countries and it’s common to share a road with vehicles loaded with twice the cargo and passengers they were intended to carry.

Trucks transporting Khat are legendary for reckless driving and routinely travel at a high rate of speed and have been involved in multiple fatal accidents in the past.

In a wide-ranging interview with Saab TV, the Minister of Transportation and Road Development of Somaliland Hon. Abdullahi Abokor Osman spoke about his ministry’s effort to curb the rate of accidents by targeting three contributing factors, driver expertise, a vehicle’s road-worthiness and road conditions and added that they are now working on tightening driving issuance while not hampering the sector.

The Minister added that in the first six months of 2019 the Ministry of Transportation and Road Development has achieved a 9.3% reduction of road accidents compared to 2018 and that is largely attributable to tightening of driving license issuance.

The Ministry of Transportation and Road Development did not respond to a request for data supporting the numbers cited by the Minister in his interview.

Minister Abokor did not mention that Somaliland is the country that has right hand side roads with majority of its vehicles are also right handed.

Despite the Minister’s claim of 9.3% reduction of traffic accidents and road fatalities in Somaliland, today’s accident is a reminder that automobile accidents is the leading cause of death in Somaliland.

There has been no official statement from the government of Somaliland on the cause of the accident.