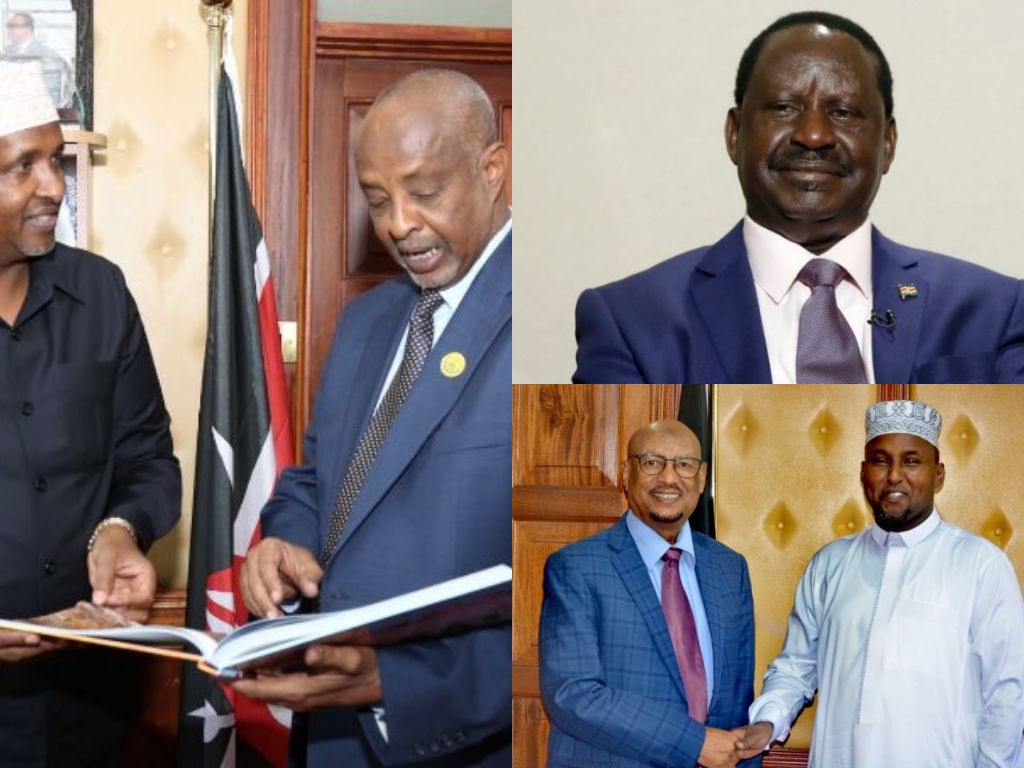 The delegation from Somaliland’s UCID opposition and ruling party of Kulmiye, led by Eng Faisal Ali Warabi and the Minister of Interior Mr. Mohamed Kahin Abdi is expected to meet with the veteran Kenyan Opposition leader and former Prime Minister of Kenya Mr. Raila Odinga.

Even though the purpose of the delegation’s visit to Nairobi was to meet with Somaliland’s international donors to discuss the stalemate over elections, building a closer diplomatic relationship with Kenya seems to be another aim for the visit.

On Monday, the delegation together with Somaliland’s Representative in Kenya Mr. Bashe Awil held separate meetings with the leaders of the Minority and Majority blocks of the Kenyan parliament, Hon. Juno Mohamed and Hon Aden Duale.

Citing a security concern, Kenya has instituted a mandatory stopover in Wajir airport for all flights from Mogadishu for additional security checks.

On Tuesday, immigration officials at Jomo Kenyatta International Airport refused entry visas to a large Somali Federal Government delegation travelling on Somali diplomatic passports and deported three of them back to Mogadishu.

Others were allowed to proceed after they produced western passports.

It is unclear if the move to deny entry visas to members of President Farmajo’s cabinet was a response to the passing of the petroleum legislation by Somalia’s parliament.