Since Somaliland declared its independence, the foreign office has been crippled by the lack of enough funding, a guiding foreign policy, and qualified staff.   For a long time, Somaliland lovers like me have been screaming at the top of their lungs to change the course and even asked the termination of Dr. Saad Ali Shire and his replacement with someone who has excellent salesman’s characteristics or at least has the courage to knock doors that we have never tried to reach.

Strangely enough, Dr. Saad has been replaced with a man who is less qualified for the position.   Dr. Shire’s was very honest and well-educated man but unaggressive and lacked the maneuvering qualities to try to pull the simplest strings at his possession.

If I were the top decision maker, I would have appointed a team of strikers and their staff, each one of whom assigned to a different task and report to me directly. My strikers will consist of Professor Ahmed Samatar, Abdilahi Mohamed Dualeh and the spiritual leader of Somaliland , F. A. Warabeh.

In reality, the foreign ministry has no strategy at all. It has failed to stand up to Ethiopia by using the trade deficit. It has never tried to take a different route such as reaching out to the interesting and courageous countries like Russia, Iran and Israel. UAE has easily scored a fine touch down to block Berbera base from US competitors like Russia and Iran.  I suspect that USA has orchestrated the plan, behind the scene, and handed it over to Abu Dhabi that skillfully got the base and for free- except offering empty promises yet to be seen.

Going back to the point, the new foreign affairs minister has been sent to the USA while the vice president and the Central Bank director have been sent to UK to encourage Somaliland communities to reach out to their elected politicians and use their democratic votes to easily snatch a recognition for Somaliland.

Instead of sending these officials to their own people and wasting money and time, they could have used the money and energy to hire lobbyists in few targeted countries.   Instead of going to Russia and asking for recognition and support in exchange for a base on the Red Sea, president Bihi has sent Faratoon to Minneaplis, Columbus and DC. Instead of sending a secret delegation to Israel, he sent his vice president to UK.

The fact is Somaliland expatriates have lost faith in their slow-witted politicians.

Watching the meetings that the new foreign minister held in the US, he does not seem any better than his predecessor, Saad.  For sure, the man does not seems charismatic or eloquent even in his own language, let alone lecturing in another foreign language to sell this tough case.

It is obvious that president Bihi has a disastrous way of choosing his team as his last three appointees unveiled.   He had appointed a kindergarten teacher to represent Somaliland in UAE in spite of the fact that our economic and political hopes are dependent on this new relationship, at least for now. To represent him in Washington DC, he hired from Mogadishu Bashir Goth who is a known unionist Somali writer and finally Faratoon, as the foreign minister.

Lastly, If Mr. Bihi does not bring in the  right people to come up with smart strategy, I am afraid that our hopes to see internationally recognized Somaliland will cease soon.

About the Author: Khadar CaloolGeele is a Somalilander based out of Austin TX and can be reached @ email: qadarosman[at]gmail.com

Notice: This is an article by Somaliland Chronicle is licensed under a Creative Commons Attribution-NonCommercial 4.0 International License. Under this license, all reprints and non-commercial distribution of this work is permitt 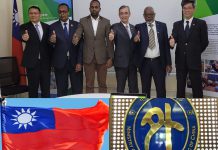 How to Apply for the 2021 Taiwan Scholarship sponsored by the Ministry of Foreign Affairs (MOFA) of R.O.C.(Taiwan) 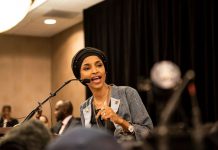 ILHAN OMAR AS AN ICON FOR HUMANITIES