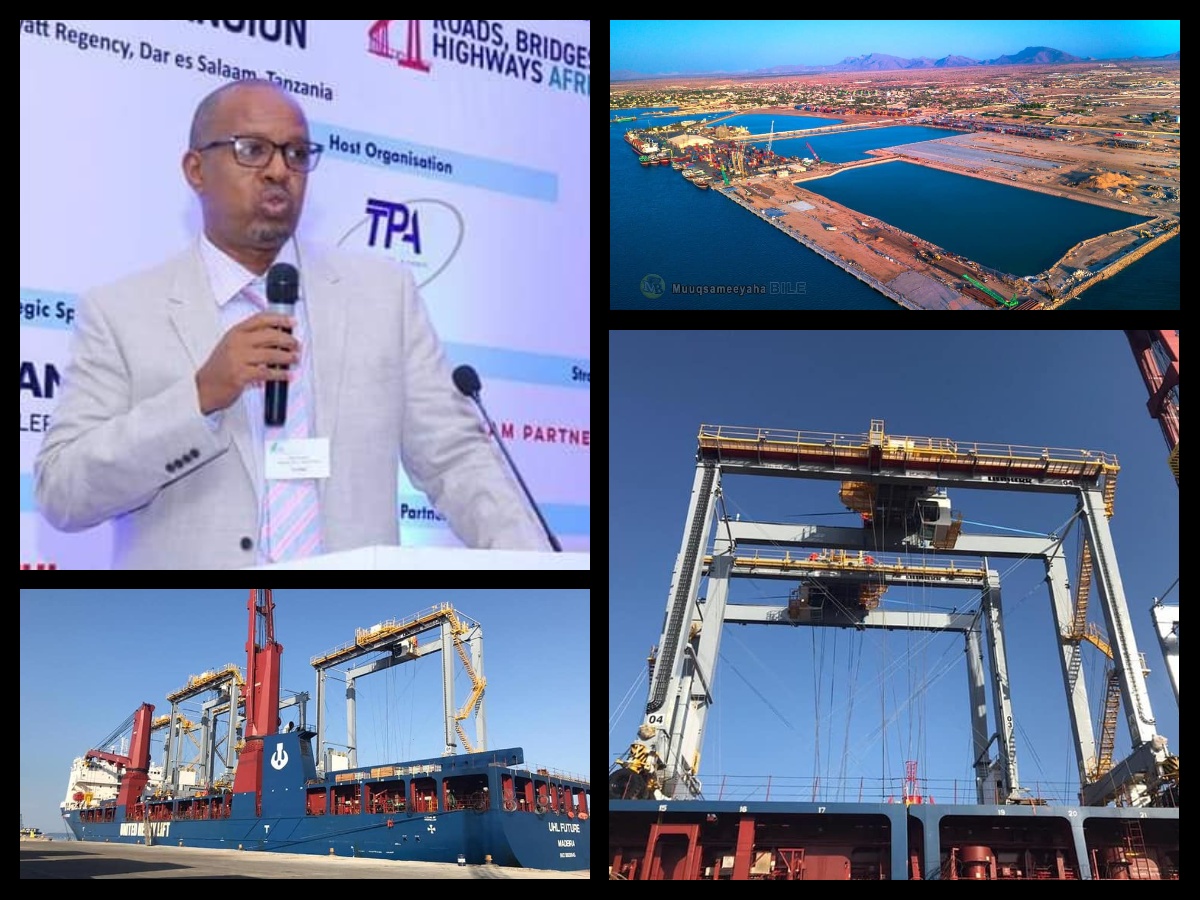 In addition to the 4 cranes that have arrived on December 24th, Somaliland Port Authorities have received four more cranes this morning at 12:00 AM according to a statement from Berbera Port Manager Mr. Saeed Abdillahi Hassan. This makes the number of Rubber Tyred Gantry Cranes (RTGs) at Berbera port a total of 8. Additional 3 larger cranes from Germany are expected to arrive in the first quarter of 2021.

Liebherr has signed a deal with DP World in March 2020 to supply the Berbera Port with the eight RTG cranes that have arrived in Berbera. Previously, Berbera Port had three Liebherr LHM 420 mobile harbor cranes.

In a brief conversation with Port Manager Mr. Hassan, the arrival of these cranes puts the Berbera port in direct competition with other ports in the region and will triple the port’s container handling capacity from 170,000 to 450,000 containers per year and will significantly increase average unloading rate of cargo. Mr. Saeed added that an increase in the port’s handling will have a major impact on Somaliland’s economy.

Mr. Hassan stated that all eleven cranes are expected to come online this summer and welcomed the Parliament’s approval of the Free Trade Zone legislation as a major step in the right direction that will boost trade in the region and cement Somaliland’s position as a major player in the Red Sea commerce. He added that so far 35 international companies have reached out to the government of Somaliland for cooperation on the Free Trade Zone.