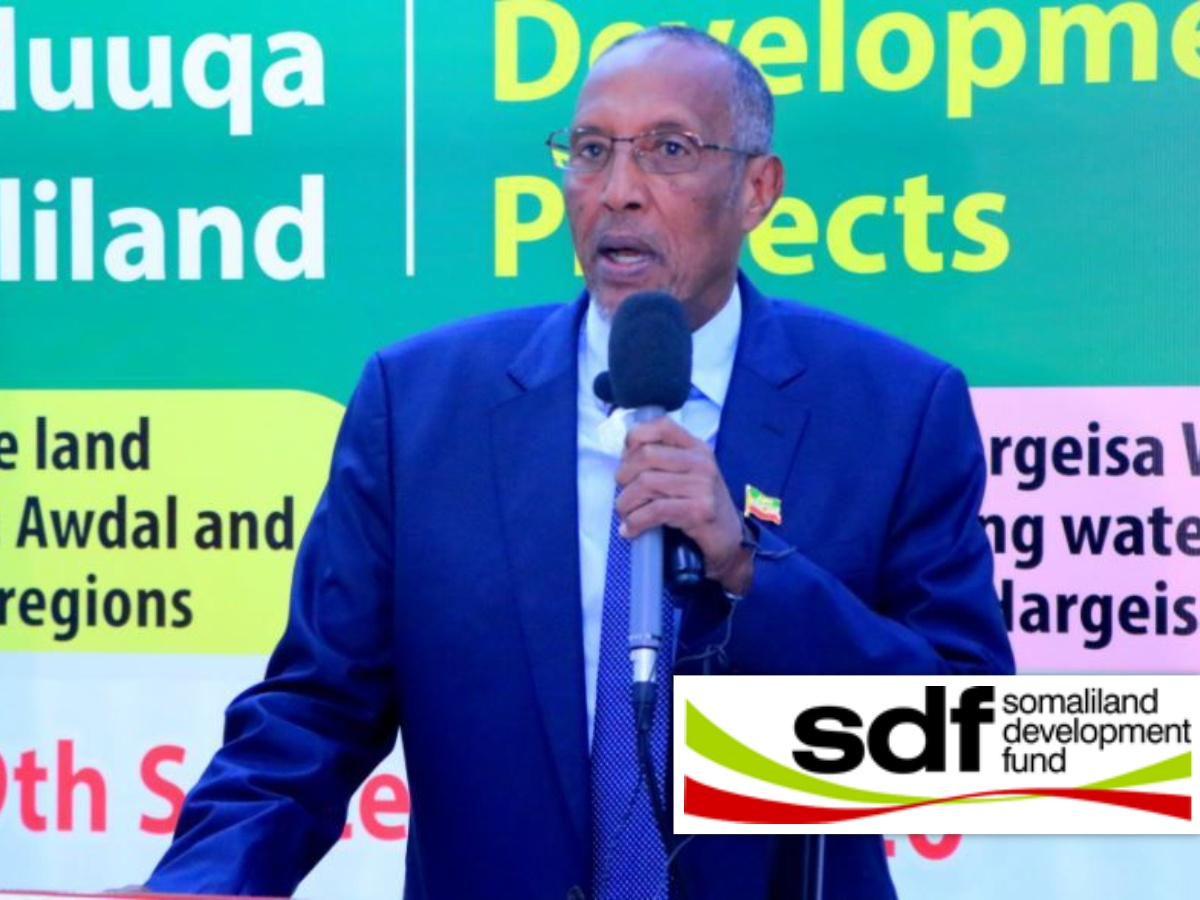 In a ceremony attended by government officials and Somaliland’s international partners, the President of the Republic of Somaliland Republic HE Muse Bihi Abdi has unveiled the second phase of the Somaliland Development Fund.

According to a statement released by Somaliland Presidency, the 2nd phase of the SDF will fund a total of 9 projects including a fishing jetty in Mayd and the rehabilitation of Berbera – Burao road.

Somaliland Development Fund is designed to be a single stream for donor funds to Somaliland where projects are aligned with the Somaliland National Development plan. Current contributors of SDF include the United Kingdom, Denmark, and the Netherlands.

According to the Minister of National Planning and Development Hon. Hassan Mohamed Ali Gafadhi, “SDFI has realized the implementation of 12 projects across the country in various sectors”. The first phase of the Somaliland Development Fund cost a total of 58 million US Dollars.

President Bihi during his remark at the unveiling ceremony touched on few issues including complaints from donor countries on how the previous phase of the SDF was implemented and pledged that his government has strengthened financial transparency and will ensure the 2nd phase will be implemented to produce tangible results as intended by the donor countries taxpayers. The President added that donor countries and agencies to respect Somaliland’s sovereignty and rule of law.

The President spoke at length about the need of finding new water sources for the rapidly expanding Hargeisa and that despite tens of millions of dollars already spent on the water expansion project in Hargeisa, the currently available wells in Geed Deeble can only supply about 40% of the capital’s inhabitants.

Previous projects implemented by SDFI have been marred by lack of oversight and prioritization of critical infrastructure, despite the 58 million US dollar price tag, there is no little to no visible impact of the first phase of the Somaliland Development Fund.