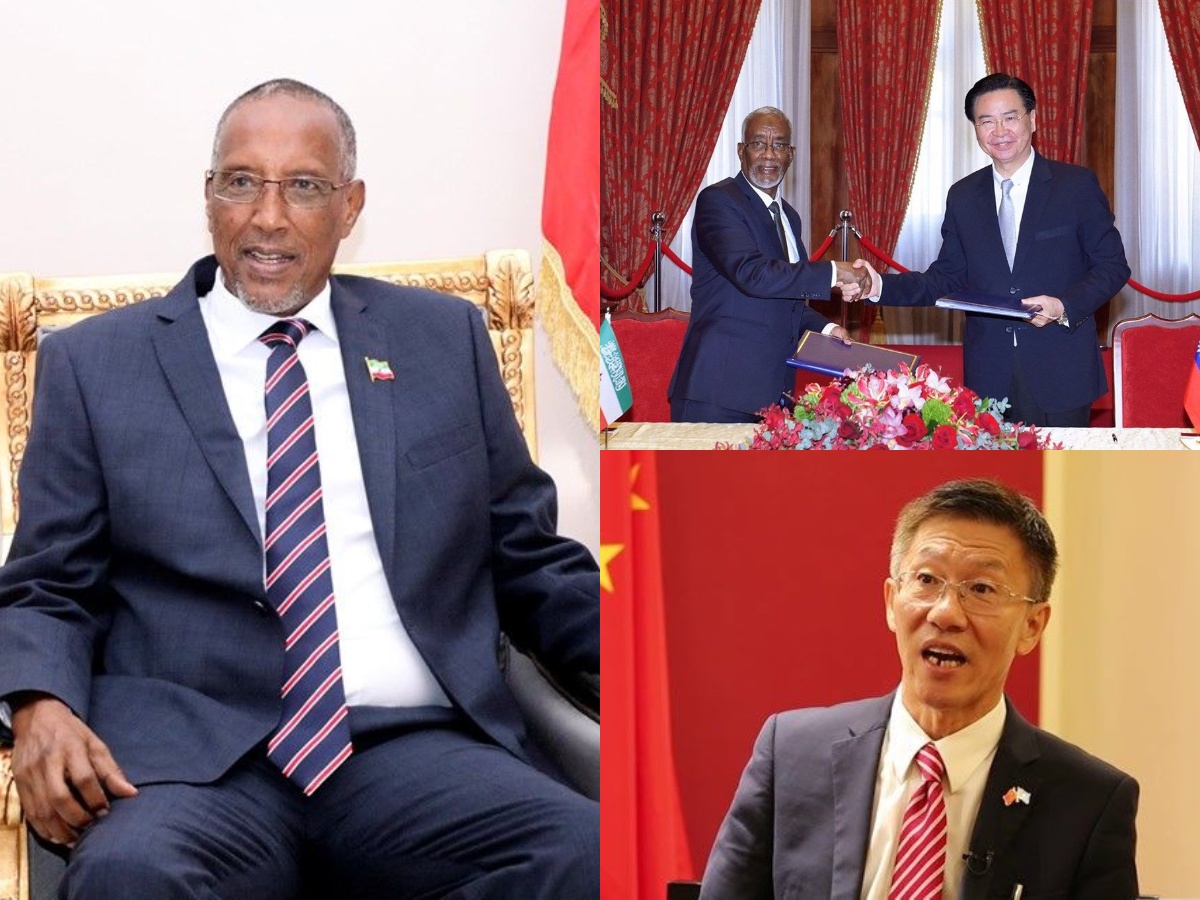 According to sources from Somaliland government, The President of the Republic of Somaliland HE Muse Bihi Abdi met with the Chinese delegation from the Ministry of Foreign Affairs and the China’s Ambassador to Somalia Mr. Qin Jian who was in Hargeisa since August 1st.

Ambassador Jian whose efforts to meet with President Bihi were unsuccessful was reinforced by high-ranking officials from China’s Ministry of Foreign Affairs on late Tuesday.

According to sources privy to series of meetings that took several hours, the Chinese delegation has presented a development package including road and airport infrastructure and the establishment of Liaison Office in Somaliland to President Bihi and members of his cabinet on the condition that Somaliland immediately halts its bilateral ties with Taiwan.

Sources add that President Bihi has rejected the delegation’s conditional offer and informed them that contrary to their request to cut ties with Taiwan, Somaliland is in fact working to strengthen diplomatic ties with Taiwan.

The meetings were attended by members of President Bihi’s cabinet including Dr. Saad Ali Shire the Minister of Finance Development, Hon. Mohamoud Hassan Saad (Saajin) the Minister of Commerce and Hon. Jama Egal the Minister of Minerals Resources and Energy.

The People’s Republic of China claims Taiwan as part of its territory and has strongly opposed the establishment of bilateral ties with Somaliland.

President Bihi has asked close confidants to explore ways to strengthen Somaliland’s bilateral ties with Taiwan and explore the possibility of mutual recognition between Taiwan and Somaliland and close examination of the TAIPEI Act.

Although China has been successful in the past in preventing Taiwan establish bilateral ties with other African nations, this is the second time Somaliland is rebuffing China’s efforts to prevent bilateral ties between the two countries.