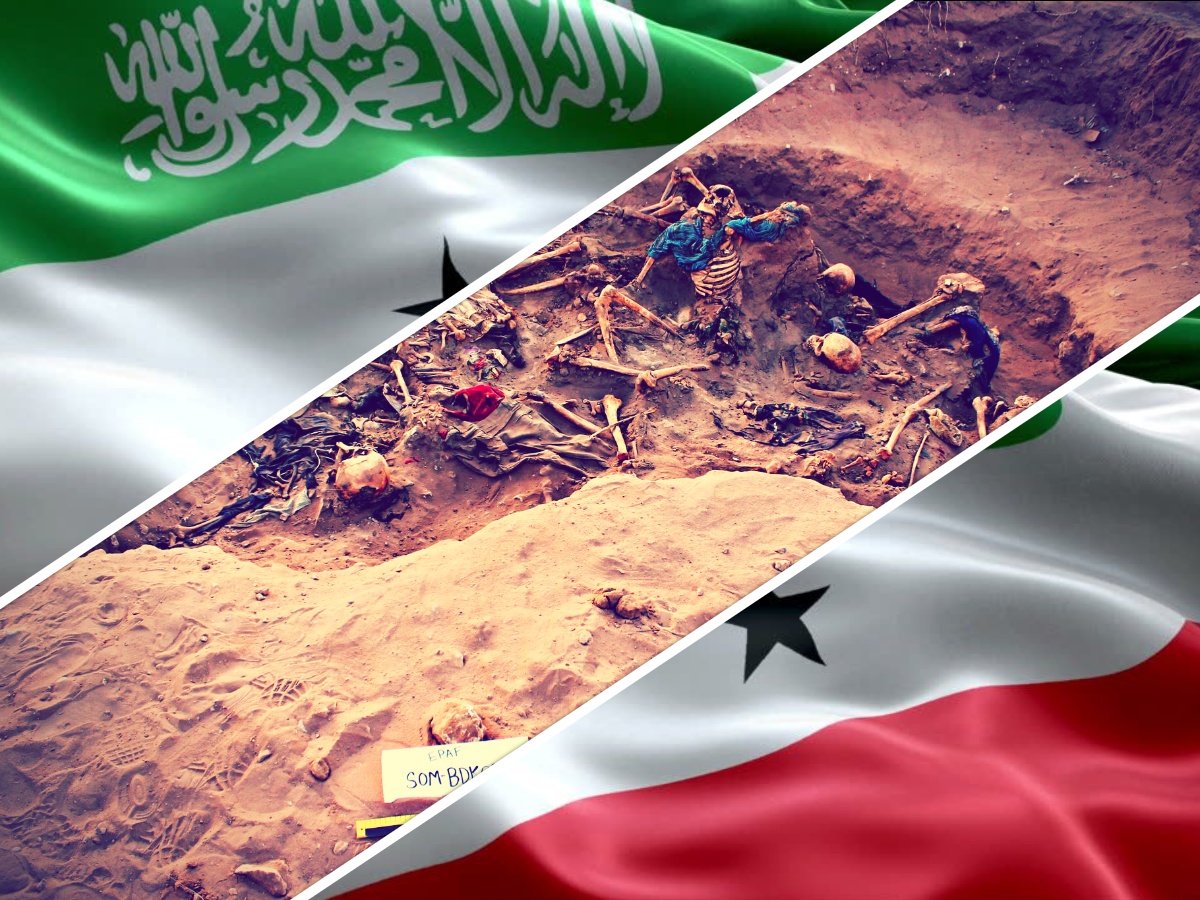 Somaliland is politically an isolated state after it lost its independence and reunited with the Italian-Somalia on July 1, 1960. The country suffered huge political and economic losses when Somaliland representative politicians of Mohamed H. Ibrahim Egal and his fellows voluntarily handed over the dream of millions of Somalilanders to their same ethnic Somalis in the south. However, the reunion with southern Somalia came after the need to reunite all five Somaliland regions of Djibouti, Northern Frontier District (presently North Eastern Province, Kenya), and Reserve Area (Ethiopia) that were colonized by the different colonial powers of the United Kingdom, France, and Italy. Unfortunately, only the British Somaliland Protectorate and Italian Somalia united due to the existing diplomatic pressure that left Djibouti under French colony, merged NFD and Reserve Area with greater Kenya and Ethiopia.

Since then, Somaliland suffered ethnic cleansing, brutal killings, economic embargo, human rights violations, jailing of elites, politicians, and influential persons. Siad Barre overthrew the democratically elected government in 1969 in a military coup that was facilitated by unknown foreign powers. President Sharmarke was murdered and Prime Minister Egal who was from the northern regions (previously, British Somaliland Protectorate) was sentenced to jail that lasted twenty years (Mohamed, 2017).

The authoritarian government launched cruel revolutionary acts, preached haterate, and targeted the northern (Somaliland) and eastern regions of President Sharmarke and Prime Minister Egal. However, in Somaliland alone, “Between 1987 and 1989, the regime of Somali dictator Siad Barre massacred an estimated 200,000 members of the Isaaq tribe, the largest clan group in the northwest part of Somalia” (Einashe & Kennard, 2018). Besides, The New York Times had reported, “More than 300,000 Somali refugees, fleeing civil war, have walked across the Ethiopian border” (Perlez, 1988).

The ill-minded and cruel regime continued massacring of the northern ethnic tribes of Isaaq and this resulted formation of the Somali National Movement (SNM) in Saudi Arabia and London in 1981. Diaspora, elites, politicians and fled army officers launched a massive campaign against Siad Barre regime and this speeded up the establishment of rebel and guerrilla forces in neighboring Ethiopia that had land and political disputes with the Somali regime since 1964. Siad Barre responded to this SNM and its member tribes with ethnic cleansing, genocide and targeted massacre that left half a million people deaths, sexual abuse and human right violations.

Reinl (2014) of Aljazeera English found, “As many as 200,000 people were buried in mass graves in the 1980s under Somali dictator Mohamed Siad Barre”. In addition, Einashe and Kennard, 2018 as cited in Amnesty International stated, the Siad Barre regime committed “widespread arbitrary arrests, ill-treatment and summary executions, and torture of those suspected of collaborating with the SNM. They found that those who opposed the Barre regime were gathered, bound, and taken to places like the Valley of Death where they were shot and buried in unmarked graves”.

Furthermore, the Siad Barre Government has “denied diplomats and relief officials, including the International Committee of the Red Cross, access to the north of the country. Journalists have been denied visas into Somalia. Somali National Movement” (Perlez, 1988).

Nevertheless, SNM fighters of mainly Isaaq and none Isaaq’s of Gadabursi and Dhulbahante clan members strongly resisted Siad Barre’s atrocities and massive killings of women, children and elderly people from the north, and attacked Somaliland territories and cities of Hargeisa, Berbera, and Burao to end the cruel regime killings and massacre of the northern ethnic tribes. Luckily, SNM fighters occupied most of the Somaliland territory in 1988. Three years later and in 1991, the Somali government collapsed because of increased armed resistance from the southern, northern, and middle regions formed rebel fighters. In May 1991, Somaliland regained its land control, announced sovereignty, and broke away from the rest of greater Somalia that united on July 1, 1960.

For the past 29 years, Somaliland had enjoyed sustained peace, growing democracy, and made fruitful conflict resolution among the Somaliland tribes to ensure and maintain unity. Moreover, Somaliland managed to hold free and fair presidential, parliamentary and local councils elections and voted for the constitution that ended up 97% to become an independent state in 2002. On top of that, Somaliland re-built the economic and education sectors for the past two decades. According to the International Crisis Group (2003), “Somaliland’s hybrid system of tri-party democracy and traditional clan-based governance has enabled the consolidation of state-like authority, social and economic recovery and, above all, relative peace and security”.

Unlikely, Somalia had its challenges of conflicting political parts, rebel armed functions, piracy, terrorism, AMISOM, and UN-backed weak governments since 1991 even though the International community had poured millions of taxpayers’ money to bring conflict resolution, long-lasting and sustained peace in Somalia. Besides, “After the complete collapse of state institutions in 1991, Somalia represents one of the world’s most protracted cases of statelessness. The on-going civil war, tensions between traditional clans, and recurring famine ensure that the prospects for political stability remain bleak” (Rahman, 2017 as cited in Stiftung, 2016).

Therefore, since 2012, the EU, UK, and Turkey attempted to bring Somalia and Somaliland government on the table to discuss their future. Unfortunately, all of those meetings ended up with no results as the consecutive Federal Governments of Somalia neglected to fulfill the agreed communiques and points including aid and aviation management. On the other hand, the Somaliland government is optimistic to continue political dialogue with neighboring Somalia.  From their side, the International Community brokers continuation of these political dialogues to reach an agreement on the most conflicting points including Somaliland’s future and sovereignty while “lingering tensions could threaten regional stability” (International Crisis Group, 2019).

Concisely, Somaliland’s position is clear, and it is to get international recognition from the entire world ‘including’ the African Union, EU, UK, and the USA as seen from the Somaliland President Mr. Bihi’s speech. Furthermore, these talks initiated in Djibouti and brokered by the Ethiopian Prime Minister and US Embassy in Mogadishu in June 2020 are time-consuming and President Farmajo who is in his last six months in office is not diplomatically open to pave the way Somaliland to continue its long-lasted democratic way of living. Therefore, Somaliland should think wisely and stick on its position as Dr. Adna Adam said, “there is no going back and there is no re-union”.

Einashe, I., & Kennard, M. (2018, October 22). In the Valley of Death: Somaliland’s Forgotten Genocide. Retrieved from https://pulitzercenter.org/reporting/valley-death-somalilands-forgotten-genocide

Khalid Sahid is a political analyst living in Burao, Somaliland. He holds dual Master’s Degree and majored in Development Studies, and Advanced Education from Mount Kenya University and University of the People of Kenya and the USA respectively. He is currently working as a consultant for international NGOs. 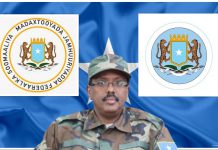 How corrupt is Somalia? 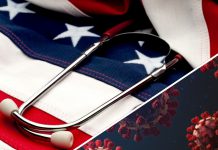 The negative impact of political polarization on ‘Health security’. The case of America during a health crisis.