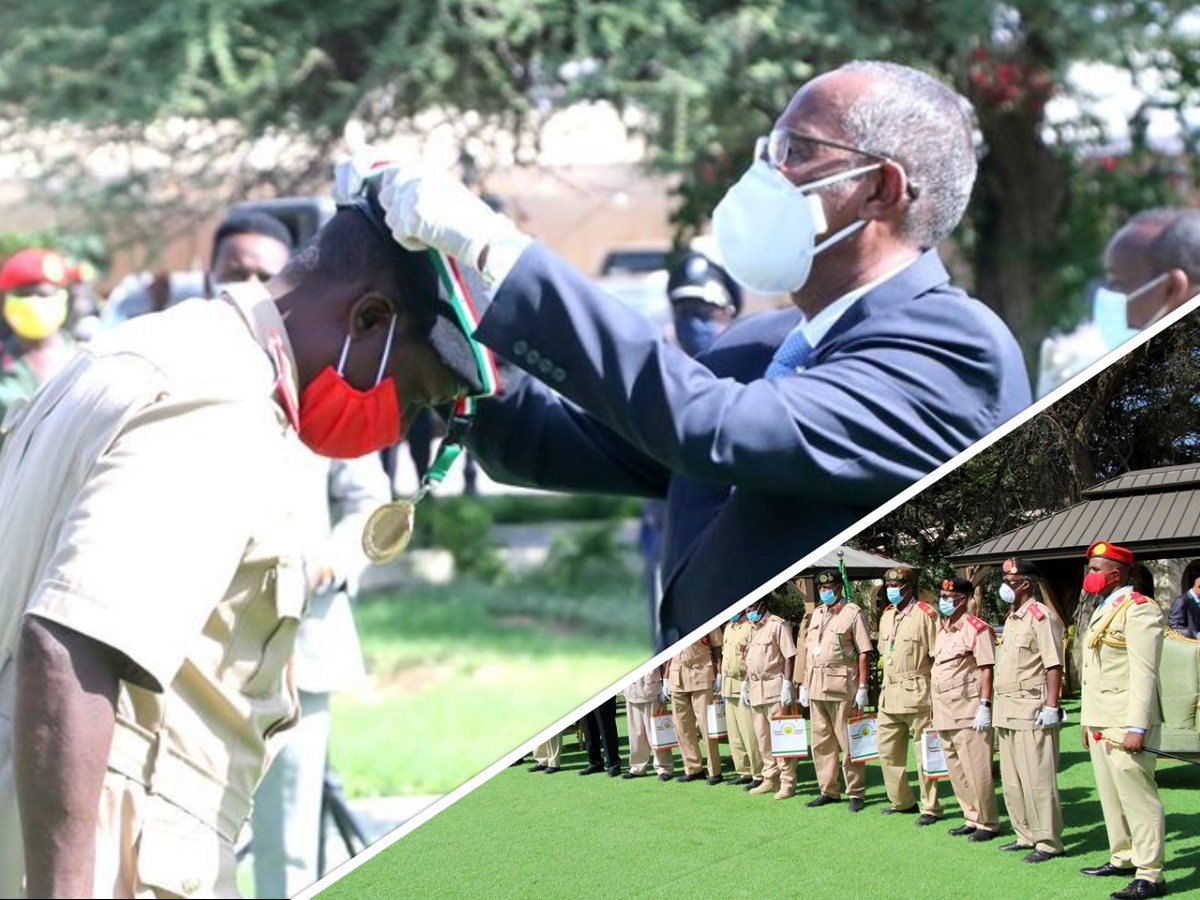 The President of the Republic of Somaliland HE Muse Bihi Abdi awarded medals of valor to army officers including Colonels, Lieutenant colonels and one Brigadier General. According to the announcement, this is the first time in Somaliland’s history medals of valor ara awarded.

In his 18 May speech, President Bihi praised Somaliland’s armed forces for their high moral, superior training and unwavering commitment to the security of the nation.

The recipients of Somaliland first ever Medals of Valor are:

The award ceremony was held during the 18 May celebration held at the Presidential Palace which was closed to the public and broadcast live.