More
Home News Opposition Accuse the President of Becoming a ‘Dictator’ and Call for Early... 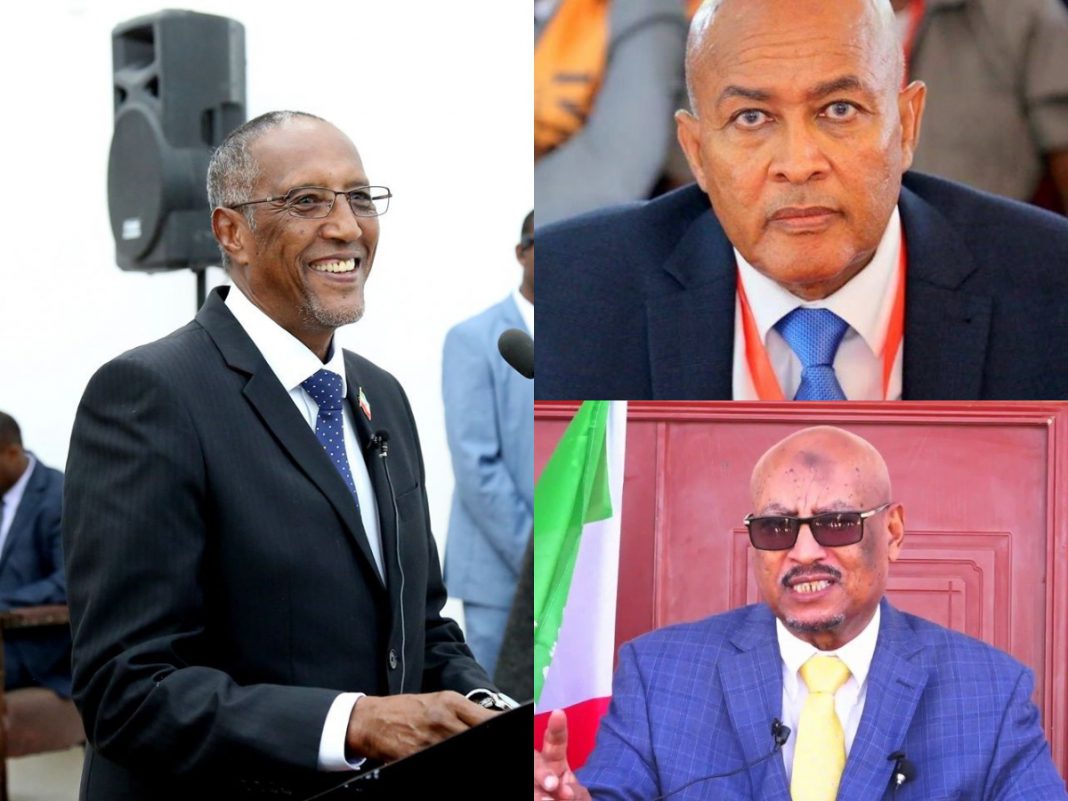 The Chairmen of the two opposition parties of Somaliland Mr. Abdirahman Abdillahi Cirro and Mr. Faysal Ali Waraabe, flanked by other party officials held a press conference today in Hargeisa.

In their press conference, Mr. Warabe and Cirro both stated that the President of the Republic of Somaliland His Excellency Muse Bihi Abdi has embarked on a dictatorial path and has refused to consult the opposition parties on range of issues and called for an early Presidential elections to be held on 2020.

Although both chairman spoke at length of the President’s recent trip to Addis Ababa during the African Union Summit and the purported visit by the Prime Minister of Ethiopia Mr. Abiy Ahmed and the President of Somalia Mr. Mohamed Abdillahi Farmajo to Hargeisa, Mr. Warabe spoke of a never heard before detail involving 30% of an 800 million dollar that was promised to President Bihi. He added that the President “tap dances” when he hears money.

The Chairman of the opposition party of UCID, Mr. Warabe called the President’s actions in meeting with Somalia treasonous although he did not elaborate exactly what the treasonous action the President took or share any evidence to that effect.

Back in July 2018, Mr. Warabe met with an uproar when he met with the President of Somalia, Mr. Mohamed Abdillahi Farmajo in Belgium.

The latest political chasm follows President Bihi’s annual address to join sessions of the congress where he announced a solution to end the political stalemate by opening up the political arena to other parties and ending the 10 year period that limited the number of parties to the existing three.

The Chairmen of the opposition parties of WADDANI and UCID did not explain the logistics of holding a Presidential election years before President Bihi’s term is up.

The existing parties, including the incumbent Kulmiye party receive public funding of 171,080,000 million Somaliland Shillings a month or roughly 240,000 US dollars annually.