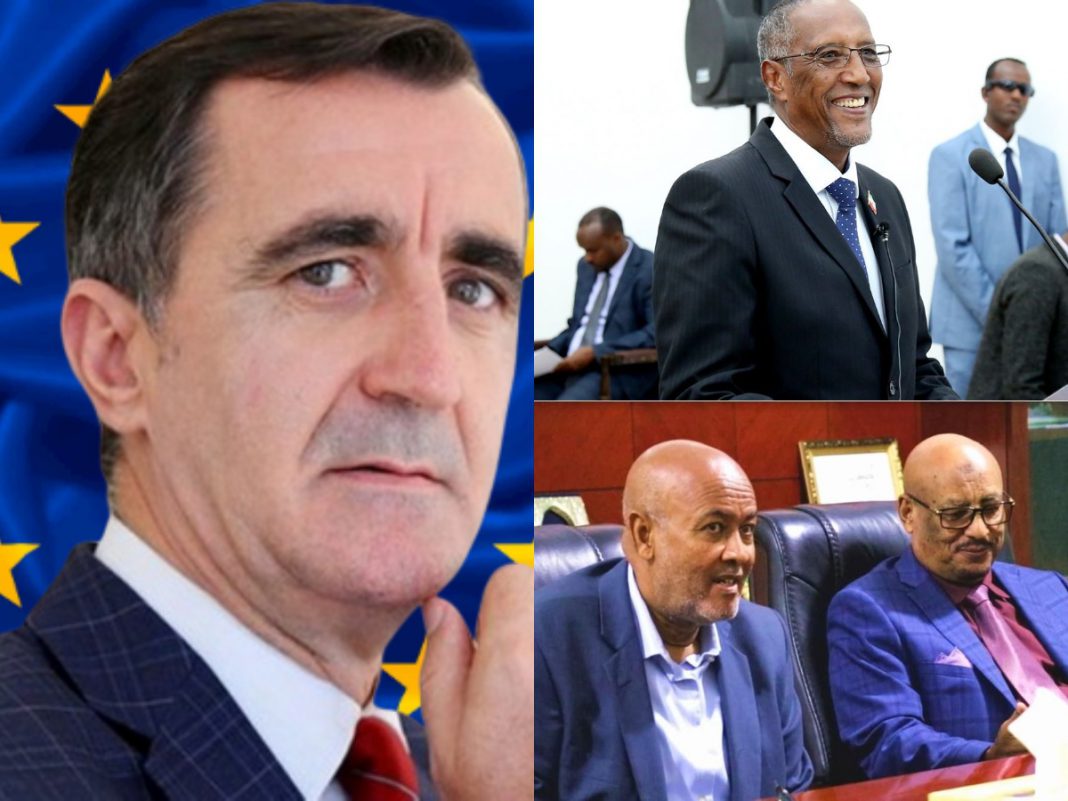 Somaliland President HE Muse Bihi Abdi and opposition leaders of Waddani and UCID have reached a new agreement where the President will back off from his recent position of opening up new party registration two years ahead of its schedule and the opposition parties will accept the recently formed Election Commission with Mr. Abdirashid Riyoraac as its Chairman.

According to sources, the agreement reached by the President who is also the Chairman of the incumbent Kulmiye Party and the Opposition Party leaders includes the formation of a new technical committee consisting of old election commissioners and International Community representatives to avoid future election related disputes.

The new agreement between the President and the Opposition Parties was brokered by the European Union Ambassador to Somalia, Mr. Nicolas Berlanga who has been holding meetings with the President, the Chief Justice of Somaliland Mr. Adan Haji Ali and the opposition parties.

The agreement is scheduled to be signed tomorrow morning.

The latest political turmoil erupted when the President announced that he will be asking Parliament to approve an amendment to election laws governing new party formation. Opposition parties responded by calling for early Presidential elections.

Waddani opposition party has accused the last Election Commission of impartiality and at times rigging the election in favor of President Bihi and has demanded their desolution but also objected to the newly formed Election Commission member and its eventual Chairman Mr. Riyoraac as being an active Kulmiye party member.

This is not the first time the EU Ambassador to Somalia, Mr. Berlanga has brokered an agreement between the President and the Opposition parties over election disputes.

Although it is not exactly clear what the mandate of the new technical committee will entail, its formation could add another layer of complexity to Somaliland’s election process.