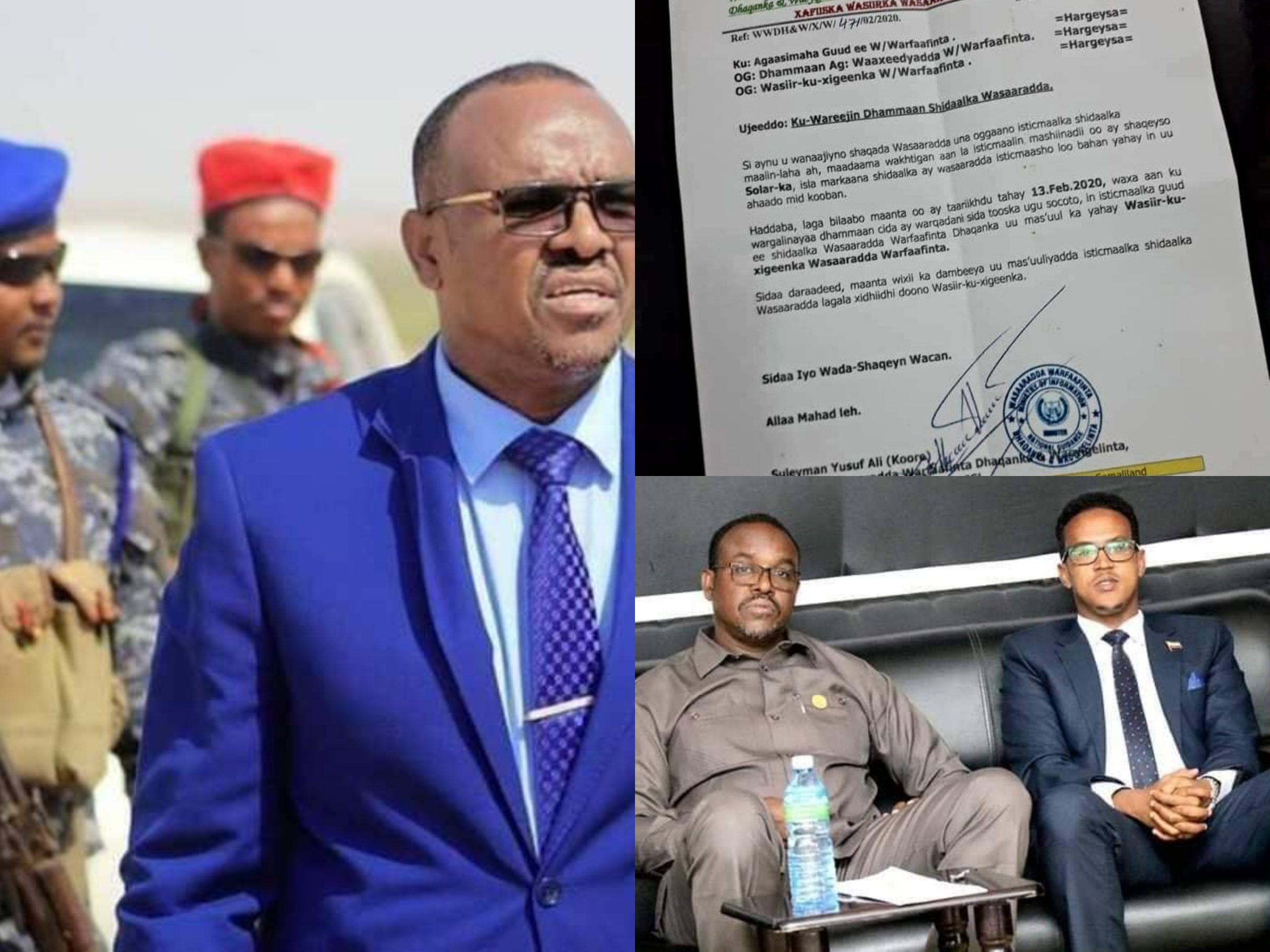 According to sources at the Ministry of Information and National Guidance, the Minister Hon. Saleban Ali Kore and the Director General Mr. Mukhtar Mohamed Ali has been at odds on multiple issues at the ministry and the latest difference has spilled into the open in the form of a memo from the Minister.

Somaliland’s Minister of Information and National Guidance Hon. has issues a directive regarding the Ministry’s fuel spending and has instructed that hence forth, only Deputy Minister can approve all fuel related expenses.

It is unclear prompted the Minister to restrict the Director General’s ability to approve fuel spending but government records seen by Somaliland Chronicle and corroborated by sources at the Ministry show that the Ministry of Informational and National Guidance has spent more than 115,000 US Dollars on fuel, a much higher spending level than most other Ministries.

Ministry records are not clear enough to understand if the 115,000 US Dollars of fuel was on running the television, radio or was used for the ministry’s vehicles.

Since His Excellency President Muse Abdi’s visit to Addis Ababa during the African Union annual summit, Somalia has launched a massive misinformation campaign to frame his visit on the background of meeting with the Somali President Mohamed Abdillahi Farmajo.

Official response from Somaliland Government has taken days until President Bihi in his latest annual address to joint sessions of congress clarified the purpose of the visit and explained the sequence of events that led to the brief encounter with Somalia leader at the behest of Prime Minister Abiy Ahmed of Ethiopia.

Although the Ministry of Information and National Guidance has an array of media outlets including Somaliland National Television, Radio Hargeisa and multiple print and online newspapers, it has not been effective in countering the wave of misinformation from Somalia.

The Ministry of Information and National Guidance was rocked by corruption allegation and although criminal charges have filed against a former Minister and other high ranking officials, no was prosecuted.

Although the current Minister, Hon. Saleban Ali Kore was a member President Bihi’s original cabinet, he has been reassigned from the Ministry of Water Resources on December 2nd 2019.