More
Home Uncategorized MADNESS, MASSACRE AND MEMORY IN SOMALILAND: THE LEGACY OF THE MILITARY REGIME... 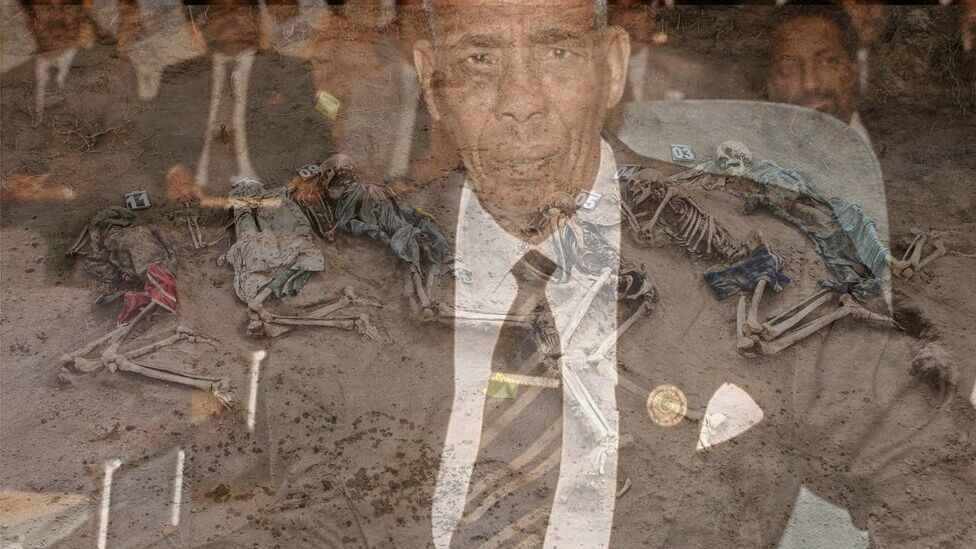 On a warm mid-day in November 2019, around the public bazaar in my longitudinal research field town of Gebiley, 58km west of Hargeysa, the capital of Somaliland, I unexpectedly encountered with an old man who stood on a bench stoning a dead dog. A young boy nearby explained to me gently that the old man, his maternal uncle, had lost his mind after having witnessed a massacre around his house on one evening in 1989 at the height of the Hargeysa Holocaust when the genocidal regime adopted annihilation strategies (e.g. Africa Confidential 1988, 1989; Indian Ocean Newsletter 1988, 1989; Amnesty International 1989; Human Rights Watch 1990).

The old man was not directly related to the victims of the massacre who were all but Isaaq clan civilians (Isaaq being the predominant clan in Somaliland). They were caught of harbouring solidarity and sympathy with the largely Isaaq-dominated armed resistance front: The Somali National Movement (SNM). Gérard Prunier, who visited the SNM fighters around Zeila in 1989, reached an apt conclusion that they were ‘the Isaaq people up in arms’ (1990). For the genocidal regime, if the SNM forces were the hard target that could not be suppressed, the Isaaq civilians were the soft target that could be silenced.

The overall objective of the massacre was to instill fear in the psyche of the infuriated Isaaq men and women. The perpetrators were foot soldiers (levies) from southern Somalia, commanded largely by certain cruel clan commanders (the local people could identify who was whom). Some of these commanders are now living abroad, often with impunity, in places like Birmingham, London, Manchester, Minneapolis and Washington. One exception is Colonel Yusuf Ali Tuke of Fairfaix, Virginia, who was found guilty of war criminal activity.

How this specific massacre in Gebiley occurred was still fresh in the mind of the madman on that day . Once the massacre began, he recalled and recounted through his young nephew, the anxious cries of the Muslim shahada (the first pillar of Islam) could be heard from a faraway neighbourhood. At the end of the mass murder, the killing site was silent. In the next morning, dogs devoured the unburied bodies. Unable to stop thinking about what had happened, today the madman kept stoning dogs whenever and wherever he met them. Hapless and hopeless, he kept silent throughout the massacre. Thirty years later, he was still silent, expressing the memories of what he saw through silence and stoning.

Seen from an anthropological perspective, as social anthropologists would have it, stoning is an aggressive gesture divorcing the self from (un)seen devils, but silence forces the self to act in that unique way. Determined both by the setting, silence and stoning are substantial and surreal. It is with silence that the apparently irrational, yet deeply expressive act of stoning a dead dog by the madman can be fully understood.

In the talkative pastoral Somali culture, speech is highly-valued, often synonymous with authority and influence, whereas silence is frequently seen as a tacit (dis)approval of something mysteriously secret. In her ground-breaking study of silence as a significant strategy, the anthropologist Cheryl Glenn (2004) has revealed various methods in which tactical silence can be as expressive and strategic an instrument of people’s communication as powerful speech itself.

In 1989, the same year that the massacre happened in Gebiley, the poet Mohamoud Abdullahi Iise ‘Sangub’ composed a playwright named ‘waa maadeys adduunyadu, dadkuna wey metelayaan’ (the world is a stage and people merely players). Intentionally or unintentionally, Sangub borrowed the title of William Shakespeare’s 1599 comic ‘all the world is a stage and all the men and women merely players’.

Strikingly, Sangub included in his playwright a political song concealed as a love song to divert the attention of the censors from the genocidal regime. The song was sung by two female and one male singer. The latter, Mohamed Ahmed Dhabarlow, chanted: ‘Hadduu carrab, hadalka daayana cillado badan baa ku aasan’ (if a tongue stops talking, mysteries are buried underneath). Such mysteries resulted in a combination (or complication) of madness, memory and massacre.

In Somaliland, many people are silent today because of the massacres (part of the broader genocide in the 1980s) they had witnessed or lost family members. Like the madman, some are out of action, while others are in/of absence. In a recent research report entitled ‘Mental Health in Somaliland: A Critical Situation’, published by Bjpsych International in 2020, the London-based psychologist Fadumo Abdi Abdillahi, the Hargeysa-based Edna Adan Ismail and Warwick Professor Swaran P. Singh have painted dire psychiatric spaces where patients needed urgent care and cure.

The mental health condition of the madman, both a cause and a consequence of the genocidal regime, enables anthropologists, historians and political scientists to glimpse important elements of a specific contemporary silence – the one pertaining to the state terror of the genocidal regime and its excessive use of violence to deal with the anti-autocratic public uprising. The reflections and revelations of this history adds a fresh empirical data to the debates and discussions over what to do and not to do about the crimes committed (and continue to be committed) in the name of the Somali state in the present regime of Mohamed Abdullahi Farmaajo as well as in the past regime of Mohamed Siad Barre.

About the Author
Mohamed Haji Ingiriis is a BA, Dip., MSc, MA, Ph.D. (DPhil) Candidate in Modern History, University of Oxford and Fellow at the LSE & the African Leadership Centre, King’s College London.