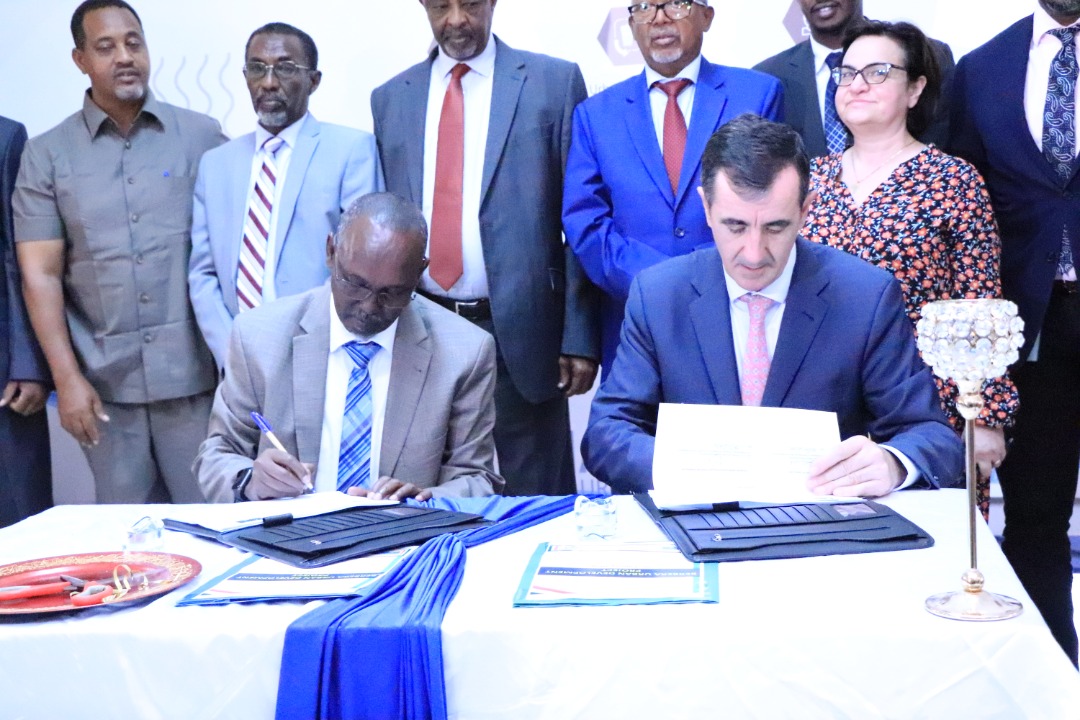 A Delegation of Somaliland Government officials led by the the Vice President HE Abdirahman Abdallahi Ismail Saylici signed a €7.5 Million with the European Union Representatives in Berbera.

According to a statement released by the EU, the project support inclusive and sustainable development of the coastal city through strengthening the capacity of the municipality in urban planning, improving the waste management system as well as stimulating employment and entrepreneurship for urban communities.

Among other investment in infrastructure, the project includes the construction of a network of 20kms of feeder roads that will also connect to a new dumpsite, as well as internal roads within prioritized community areas in Berbera.

Berbera Municipality and its Mayor Mr. Abdishakur Mohamoud Iddin has been widely praised for their work on the roads and local infrastructure. Berbera is also home to Somaliland’s major port currently managed and upgraded by DP World.