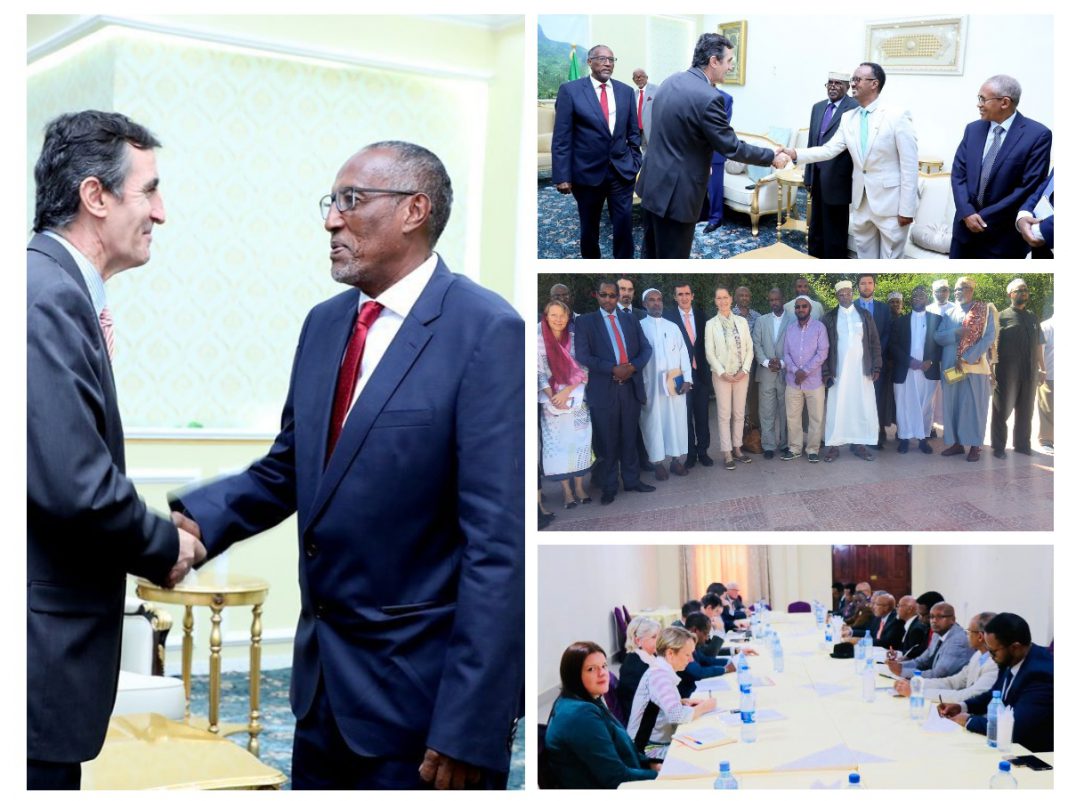 President of the Republic of Somaliland HE Muse Bihi Abdi met today with a large delegation from the International Community led by European Union Ambassador to Somalia Mr. Nicolas Berlanga as part of their visit to Somaliland to meet various election stakeholders.

Mr. Berlanga and his delegation have arrived in Hargeisa, Somaliland on December 18 following the latest election stalemate related to the formation of the new National Election Commission and resulted in a two-year extension term for Somaliland Parliament.

Although it is not yet finalized, a mediation committee’s recommendation to disband the new election commission and reinstate the old one was accepted by all three national parties.

Despite the generic official statement released by the Presidency, the meeting was described as tense and at times contentious where President Bihi was remarkably candid with the delegation.

According to multiple sources who attended the meeting, the President reminded the delegation that Somaliland has a long history of resolving its differences internally and while he welcomes their support for Somaliland and its democratization process would not accept anyone to dictate how to resolve its internal issues.

The most contentious matter discussed was the disbandment of the newly formed National Election Commission and reinstatement of the previous members as commissioners.

According to sources, Mr. Berlanga told the President that the delegation has consulted the Chief Justice Hon. Aden Haji Ali who confirmed that there was nothing in the Somaliland constitution that prevents the new election commissioners from voluntarily resigning and reinstatement of the old members. This account is confirmed by multiple news reports of the delegation’s meeting with Somaliland’s Chief Justice.

At one point in the meeting, President Bihi has told Mr. Berlanga and his delegation that he expected their agenda to be broader than the election dispute and reiterated that the people of Somaliland care about their country more than anyone and are committed to resolving their differences.

Despite skewering the International Community for what the President said was a clear case of bias against Somaliland, he reiterated his party and government’s commitment to working with the opposition parties and the mediation committee within the bounds of Somaliland constitutions.

Other topics the President raised with the delegation besides the election were equitable distribution of development dollars, the debt cancellation for Somalia the overall security situation in the Horn of Africa.