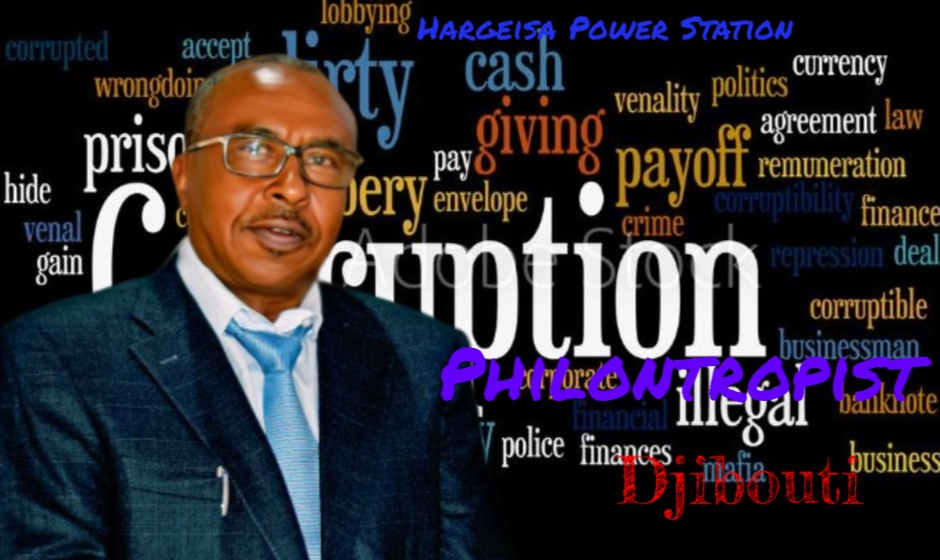 On October 29, 2019 Mr. Mohamed Said Guedi, one of the wealthiest businessmen in Somaliland, the owner of somcable, MSG and other businesses was featured on Allafrica.com with an article titled Mohamed Said Guedi: Improving East Africa.

Mr. Mohamed Said Guedi may be working on Improving East Africa and possibly Somaliland but this article is not real. He has paid money to have it published and promoted in what is known as native advertising or in the case of Allafrica.com “Content from our Premium Partner”.

As strange as this sounds, it is very common for a business to have its own content published on even the most premier news outlets such Washington Post and NY Times as what is known as native advertising. And it costs a lot of money.

With digital juggernauts such as Facebook and google who have changed the advertising business, native advertising is a relatively new direction that media outlets are using to counter the loss of revenue to the tech giants.

Native advertising differs from traditional advertising where businesses purchased a space on a publication or a website to showcase their products and services to attract customers, instead native advertising takes a much more subtle approach and wraps the company’s brand, products, and services with compelling storytelling that creates a connection with the consumer rather than trying to sell them products with an impersonal advert.

So what makes Mr. Mohamed Said Guedi, or Ina Aw Saeed, as he is colloquially known in Somaliland and Djibouti’s advertisement disguised as a news problematic? Because Mr. Guedi is known to be a mercurial businessman who have used his connections to Djibouti’s first family and various Somaliland governments to bully and imprison business associates and employees at an alarming rate.

The section about his philanthropic activities in Somaliland is highly exaggerated at best. Mr. Guedi claims to have “funded various road projects such as Dawga Camuud and Dawga Caad, maintenance of Hargeisa Airport road, maintenance of Hargeisa local government roads, rehabilitation of Doobo mountain road, and reconstruction of roads in the district of Dar es-salam outside Hargeisa, Somaliland.”

There are few issues with some of these claims, and especially the roads he has maintained in Hargeisa district of Dar es-salam outside Hargeisa.

However, we found that Mr. Guedi has contributed to road project of Dawga Caad where his construction equipment was used. This is the road that was used when the terrestrial fiber cable was being laid down for somcable.

We have asked Mr. Guedi’s MSG details on their philanthropic activities detailed in the article, no response was provided to our queries.

We have briefly chatted with Mr. Guedi via text and though initially befuddled about our interest in the article and these activities; he stated that he did not know the figures and the specific projects but confirmed that his staff has provided the details to AllAfrica.com and promised to get back to us with details though that has not materialized.

While Mr. Guedi may have embellished his charitable giving, he is well known to spend lavishly on politics. According to close business associates, Mr. Guedi has been known to boast about how much he has spent on the election of the current President of Somaliland HE Muse Bihi Abdi.

It is important to note that Somaliland has no campaign finance laws that prohibit or limit the size of donor contribution and Mr. Guedi’s alleged ties to President Bihi’s government are not proven, although Mr. Guedi has won no-contest bids for major projects such as Cement factory and container cargo x-ray system at Berbera Port.

Multiple people with past dealings with Guedi who spoke about their experiences were unanimous in characterizing him as litigious and unpredictable and many stated that they have either ended up bankrupt via a court injunction or served unjust prison sentences.

While Mr. Guedi has failed in his attempt to give himself an image makeover as a benevolent and shrewd businessman who has given back to his people and country, the reality is Mr. Guedi has taken from Somaliland and its people much more even if all of his purported charitable contributions were true. Mr. Guedi is the very definition of an unapologetic oligarch who takes what he wants when he wants it.