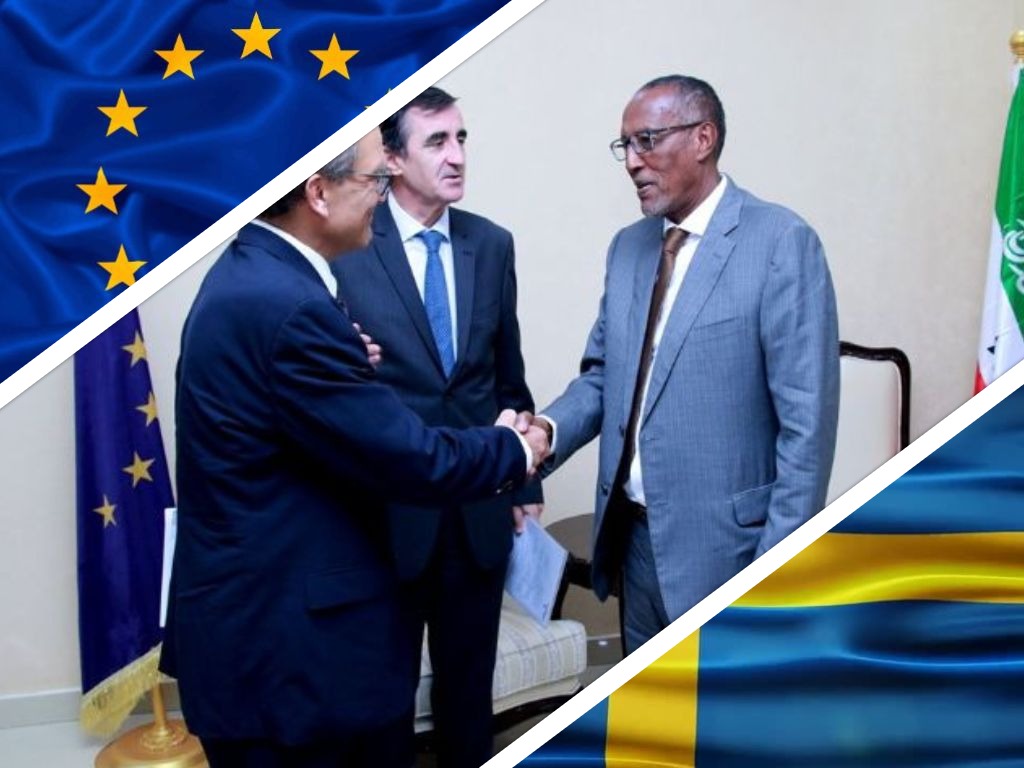 The President of the Republic of Somaliland HE Muse Bihi Abdi met with the European Union and Swedish Ambassadors to Somalia in the Presidential Palace.

According to an official statement from the Somaliland Presidency, the meeting with Ambassador Nicolás Berlanga Martinez and Ambassador Staffan Tillander of Sweden was to increase cooperation of the European Union and Sweden with Somaliland government on the changing geopolitical landscape of the Horn of Africa.

The statement added that the upcoming parliamentary and local government elections in Somaliland were also discussed since both the EU and Sweden are supporting Somaliland in the democratization process.

The latest dispute between the government and the opposition parties centers on Mr. Abdirashid Mohamoud Ali (Riyo-raac) as one of President Bihi’s three nominees to the next Election Commission.

Mr. Ali known as Riyo-raac is a member of the Kulmiye party and has been a vocal supporter of President Bihi during the bitter elections of 2017.