It’s been nearly three decades since the Republic of Somaliland re-asserted its independence by declaring the end of its unratified fusion (not union) with Somalia Italiana, the voluntary act that formed the Somali Republic on July 1st, 1960 and preceded the October coup d’état of 1969 that ushered in the brutal Barre regime. Unless you are an impassioned supporter of the Republic of Somaliland, these are basic facts fundamental to Somaliland’s quest for formal recognition you would have to sift through a dizzying field of conjecture to serendipitously unearth. While only one version of history is documented, multiple revisionist versions of the recent history of the Horn of Africa have been allowed to proliferate and permeate uncontested through the clever use of language, and carefully crafted narratives that trace their roots back to the Barre regime’s mass-indoctrination. This loaded and contrived language based on a demonstrably false and spun version of history, is even  oft adopted and inadvertently repeated by ardent proponents of Somaliland’s formal recognition (including its government and officials).

Republic of Somaliland is mislabelled either as “separatist,” “autonomous,” “self-proclaimed,” “breakaway,” “secessionist,” “unrecognised,” “De Facto,” “part of Somalia,” or “a one-clan enclave” amongst many other false labels by re-fusionists (not unionists), when in reality it already successfully withdrew from the failed and unratified fusion with Somalia Italiana through its unilateral declaration and re-assertion of its sovereignty on May 18th, 1991. While this declaration dissolving the 1960-fusion with Somalia Italiana may not be formally recognised at the time of writing, it is recognised in practice by a growing list of countries that are privy to the reality on the ground, and the irreversible re-separation of the former member countries that were fused together to form the Somali Republic. You see the Republic of Somaliland, is in fact De Jure (not De Facto);its legal argument is based on international law, customs, norms and conventions (as it fulfils all the requirements of the Montevideo Convention on Rights and Duties of States). It is also literally, legally and technically already recognised (albeit informally) through its various sovereign interactions with a constantly growing list of its fellow sovereign states of the international community. Irrespective of political persuasion, factual recognition is not contingent on formal recognition (which is subject to the political interests and whims of members of the international community), nor are the two mutually exclusive. These basic facts have been muddied by a cabal of perfidious re-fusionists behind a concerted effort to coalesce others into adopting their doctored and self-serving narrative (more on that later).

The Republic of Somaliland is based on the former Protectorate of British Somaliland (1884-1960) that shares its boundaries, citizens and history with the same entity that was senior to Somalia Italiana when the two formed the Somali Republic in 1960. This territory included all that fell within its internationally recognised borders as its citizens, which contrary to the false “one-clan enclave” claim included over 13 tribes that are native to its boundaries. On attaining recognition on June 26th of that fateful year, this same entity with 76-years of a unique and documented modern history was formally recognised by thirty-five countries internationally before voluntarily fusing with Somalia Italiana without much forethought. The new entity they formed was the Somali Republic, which later morphed into the ironically named Somali Democratic Republic under Barre’s Faqash military rule in 1969. Somaliland has never been a part of “Somalia” at any point in history, nor were the inhabitants of either country ever united in any shape or form – at any time in history – prior to the colonial era that preceded the fusion of Somaliland and Somalia Italiana. Much to the chagrin of emotion-driven anti-colonial revisionists, the largest unification of ethnic-Somalis actually occurred as a direct result of colonial involvement in the 19th century. Even the internationally ubiquitous nickname “Somalia” is a shortened version of the Somalia Italiana moniker gifted to Somalians along with their flag through Italian colonisation, a history and experience in which the people of Somaliland (Somalilanders) were nonparticipant. Considering Somaliland to be or have ever been a part of “Somalia” is akin to considering Ireland, Wales or Scotland to be England; a patently false assertion or notion. The simple fact is that the concept of a great, homogenous and ethnically united Somali entity, is mostly Barre-era tribal-propaganda and spin (digested without much rational thought and) repeated by surviving Faqash & Neo-Faqash jingoists; a majority of whom are blissfully unaware they have co-opted a tribal cause that does not serve Somalis as we pursue a universal peace in the horn.

This brings us to the Greater Somalia concept, and the language its re-fusionist advocates have masterfully reanimated and injected into the mainstream. The idea of Greater Somalia sprung from the Pan-African movements of the mid 20th century, but was immediately and completely appropriated by a certain tribalistic subset who wanted to unite their entire clan under one flag and country. These people existed in both the former British Somaliland and Somalia Italiana, and were the driving force behind their unity in the Somali Republic. For brevity; the virulent and expansionist Pan Somalia or “Greater Somalia” ideology is essentially a politically-correct euphemism for a primitive and tribal ideology fervently supported and clung-to by adherents of only one ethnic-Somali clan, and completely abandoned by others who bore the brunt of the failures of its failed expansionism (not irredentism) that led the Ethio-Somali and Shifta Wars. The tribally motivated concept has permutated into a newly concocted “cause” of uniting this same single clan which was (and still is) a minority of all “Shanta Soomaali” (or the five-Somali States) in the 19th century. This one-clan-driven yearning and desire is at the expense of all the other peace-loving Somali clans, and regional stability in the Horn of Africa. Hardliners from this clan obsessively push their one-clan Greater Somalia agenda under the guise of collective patriotism and Somali nationalism, when in reality it is just a tribal construct that has been deserted by all other clans. Like them, all ethnic-Somali clans in the Horn of Africa are also split across multiple international borders, but they do not share the one-clan’s ideology and fervorous interest in tribal borders and a “unification” that places their political unity above the needs of their fellow ethnic-Somalis and ethnicities they share Kenya, Ethiopia and “Somalia” with.

It’s not much of a secret that the most vocal and vociferous re-fusionist (not unionists) and expansionist supporters of Pan Somalia primarily consist of a minority of Somalilanders, Kenyans and Ethiopians hailing from the above-unmentioned clan, and their diaspora members that unfortunately believe in their supremacy over other Somali clans (which they carefully mask as ethnic-Somali supremacy and nationalism). They are heavily supported by only their Somalian clan-counterparts in the Puntland province (the only exclusively one-clan entity in Africa and the world), and a few indeliberate members of other clans who have adopted an ideology pernicious to the collective interest of all ethnic-Somalis, non-Somali natives of “Somalia” and its neighbours. This single-clan ideology further popularised by Siad Barre through the propaganda machine of his Faqash regime, and once again popularised by his cockalorum nephew and unelected Somalian “President” Mohamed Abdi (Farmaajo) on his selection in 2017. It is this small-core and cabal of tribalists that have enjoyed much success in beating Republic of Somaliland into submission by setting the terms and language of Somaliland’s quest for recognition. By embedding their transplanted language in Somaliland’s diction and verbiage mistakenly rote-adopted in both casual and formal interactions and communications; Somalilanders have been made unwitting advocates for re-fusionism, the biggest threat to Republic of Somaliland’s sovereignty.

With so much at stake, it’s imperative Somaliland cuts the unchecked and unabated circulation of self-defeating and incorporated language in all its forms in both public and private communication (beginning with its elected government). There’s also an exigent and existential obligation and duty to halt Somaliland’s disposition towards mild-mannered and complacent diplomacy, by adopting a critical paradigm shift away from the use of meek defensive language that obfuscates its ambitions, and it’s crucial we correct any terminology that is self-defeating. The intellectually dishonest narrative from Barre’s Faqash era must not serve as the only linguistic dichotomy outside observers are familiar with, and the responsibility falls on all Somalilanders to defeat Faqash hyperbole. While no one is infallible, and English may not be the first language of Somalis, it’s still shocking that the Republic of Somaliland – a former British Protectorate – is regularly trounced in the strategic use of English by their neighbour and former Italian-speaking colony. This heavily one-sided rarely clandestine verbal maneuvering by Somalians and re-fusionists, must be countered to shed our naïve deference.

Below are some suggestions, but not a panoply or definitive list of corrections that can serve as a general idea of where Somaliland can begin to bring the narrative closer to the historical truth.

Somaliland’s sword (military might) may currently be sharper than their Somalian counterparts’, but Siad Barre (through his indoctrinated Neo-Faqash minions) is still beating them into submission from beyond the grave decades-later through the power of the pen.

About the Author
Abdi Abdillahi is a Civil Engineer based in Hargeisa, Somaliland. 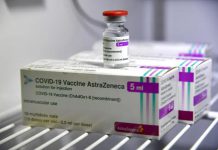 COVID-19 VACCINES AND CORRUPTION RISKS: PREVENTING CORRUPTION IN THE ALLOCATION AND DISTRIBUTION OF VACCINES 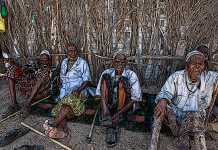 Analysis of the Long-Term Negative Impacts of The Active involvement of Tribal Elders in The Parliamentarians Selection Process With The Absence of Political Parties...