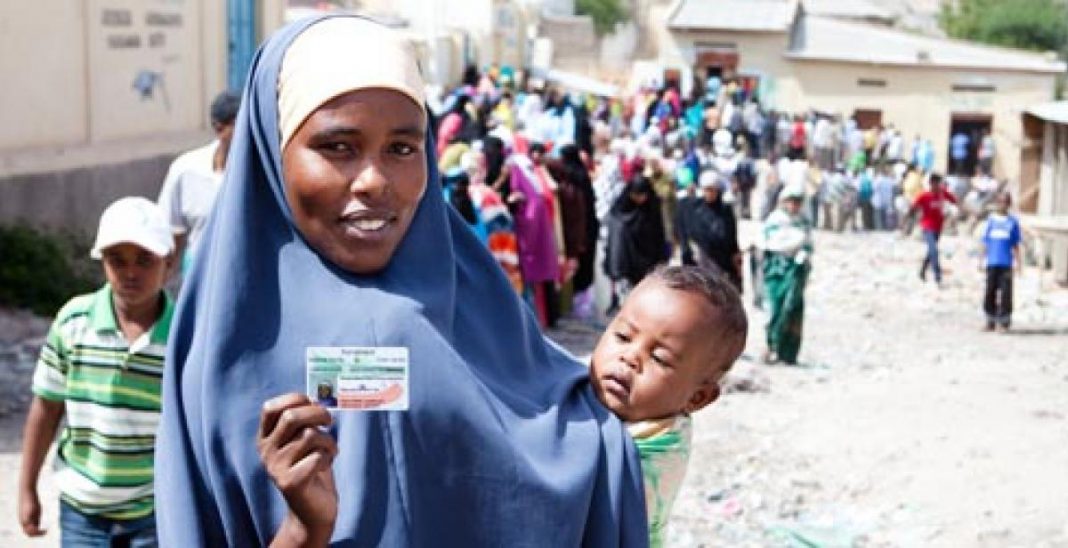 Less than a month from the day it was established, a 12-member loosely formed coalition of so-called independent civil society organizations, published a briefing entitled: “THE CHALLENGES OF DEMOCRATISATION PROCESS IN SOMALILAND: THE WAY FORWARD.” It opens with a summary that states its purpose as “to provide essential information regarding the challenges facing the democratization process of Somaliland and to recommend steps to be taken to address challenges and learn from past lessons.” Before proceeding to the rest of the report, an attentive reader may stumble on the strange choice of words in its purpose – that it does not aim, for instance, to discuss challenges to democratization in Somaliland, but rather to provide“essential information” regarding these challenges.

A subtle question should have occurred to the drafters of the report: Can there ever be such a thing as “essential information” on any of the democratic challenges Somaliland faced in the past, faces in the present, and will undoubtedly face in the future? Building institutions of democratic governance is a time intensive process. It is afluid process rather than a static condition. Institutions evolve over time and adapt to changing times and circumstances. As a British sergeant once observed, “Somalis no good, each man his own chief.” It seems these days that some civil society organizations in Somaliland are no good; they are their own experts. They can sit somewhere, get their heads together to make “sense” of the most important issues of the day, refer to a recently published survey or report, and come up with an “analysis” and a set of recommendations – to everybody else, except for themselves.

Without using any indicators to support their views, the authors of the report make bold claims: that the civic space started shrinking, that the line between civil society and government became blurred, and that Somaliland’s democracy is in decline. It would have been fine if they remained consistent and stood by that “assessment,” but the same paragraph makes a counter-claim and asserts that Somaliland “remains a leading democratic country in a turbulent region.” This is a contradiction. If you see that the civic space has shrunk, the line between government and civil society has blurred, and our democracy is indeed in decline, how can you at the same time think that Somaliland is “a leading democracy” irrespective of its geographic location? The group, it seems, is confused and cannot present a consistent, well-articulated case to make their point.

The briefing divides the course of Somaliland’s recent democratic history into three “phases”: A clan-based selection phase (1991 to 2001); a good-days phase (2001 to 2008); and a less definitive third phase (2008 to current). It seems that arbitrary phases are being imposed on Somaliland’s post-1991 democratic experience. But the same “phases” may not serve the group’s intended purpose. Between 2001 and 2008, we held three elections: local council, presidential, and parliamentary. From 2008 to the present, three more elections were held: two presidential (2010 and 2017) and local council elections in 2012. One may genuinely ask why one period, 2001 to 2008, should look any better than another, say 2008 to 2017, while the same number of elections were held in both? The group made no attempt to understand why elections are often delayed in the first place. Contrary to what the group would want us to think, extending office terms may not be that bad. If given the choice between holding elections no matter what and delaying them for the right reasons, it is my bet that a substantial majority of Somalilanders would choose the second option. Holding peaceful, free and fair elections is not like ticking boxes in a checklist.

What is disturbing is that the country in the greater East Africa region to peacefully hold the highest number of elections since the early 1990s when the cold war ended, and that has successfully resolved internal conflicts with no external aid, is now being admonished that its internal legitimacy and external democratic credentials are at stake by a dubious group of civil society organizations. Are they right?

Somaliland is seen as legitimate by its citizens. It regained its independence in 1991 at the grand conference in Burao. “As a polity,” Marleen Renders writes in her book Consider Somaliland, “Somaliland began as an agreement between the different clans and subclans of the Northwest. After two spells of intra-Isaaq civil war and elder-brokered peace agreements, Somaliland remained peaceful and proceeded to introduce a modern political system, while holding on to a formal political role for its traditional leaders.” A state with a hybrid political system was born perhaps for the first time in Africa. And as The Economist observed on the eve of the 2017 presidential election, Somaliland “has a strong sense of national identity.” Somaliland, it noted, is more socially homogeneous than Somalia or indeed most other African states (and greater homogeneity tends to mean higher levels of trust between citizens). Unlike most African countries, “the social contract between government and citizens in Somaliland is unusually strong”.

The claim that Somaliland’s international credentials are at stake is also ill founded. In 1999, as The Economist reports, Mohamed Haji Ibrahim Egal argued that recognition would be dependent on the country’s pursuit of democracy. He proceeded to devise a constitution that was put to a popular referendum in 2001, the newspaper observes. It’s interesting to note that “for fear of encouraging other separatist movements in the region,” as The Economist puts it, “the international community, following the African Union, has never obliged.” Exactly after twenty years when Egal had made that argument, and not following Mohamed Ibrahim Egal in any meaningful sense but by sheer coincidence, our civil society originations would want us to naively believe that the pursuit of democracy will help us gain recognition from other countries, many of them undemocratic. History, if anything, proves that argument wrong. The current group went even further: they declared that our young democracy is in decline simply because elections are sometimes held behind schedule. But let’s not confuse building democratic governance as an end in itself with employing democracy as a means to achieve international recognition.

The decision to hold elections, when and how – or not having them at all – is a collective, political decision, not a legal one. Given its emphasis on the importance of reforming electoral and other laws, it seems that the ill-informed group does not realize the distinction between the political and the legal. While there are overlaps, one is not the same as the other. Holding parliamentary and/or local council elections this or next year, for example, will remain a political issue and not a legal problem. Political parties will have to come together and reach a consensus before they compete for seats in the House of Representatives and in Local Councils. If anything, this shows a robust, growing democracy that has yet to reach a peak, not one that is in decline.

The views expressed are my own, and don’t represent those of the Ministry of Justice.

Somaliland Politics – Where are the Women?

THE REPUBLIC OF SOMALILAND IS A BEACON OF AFRICAN HOPE IN THE INTERNATIONAL ORDER.