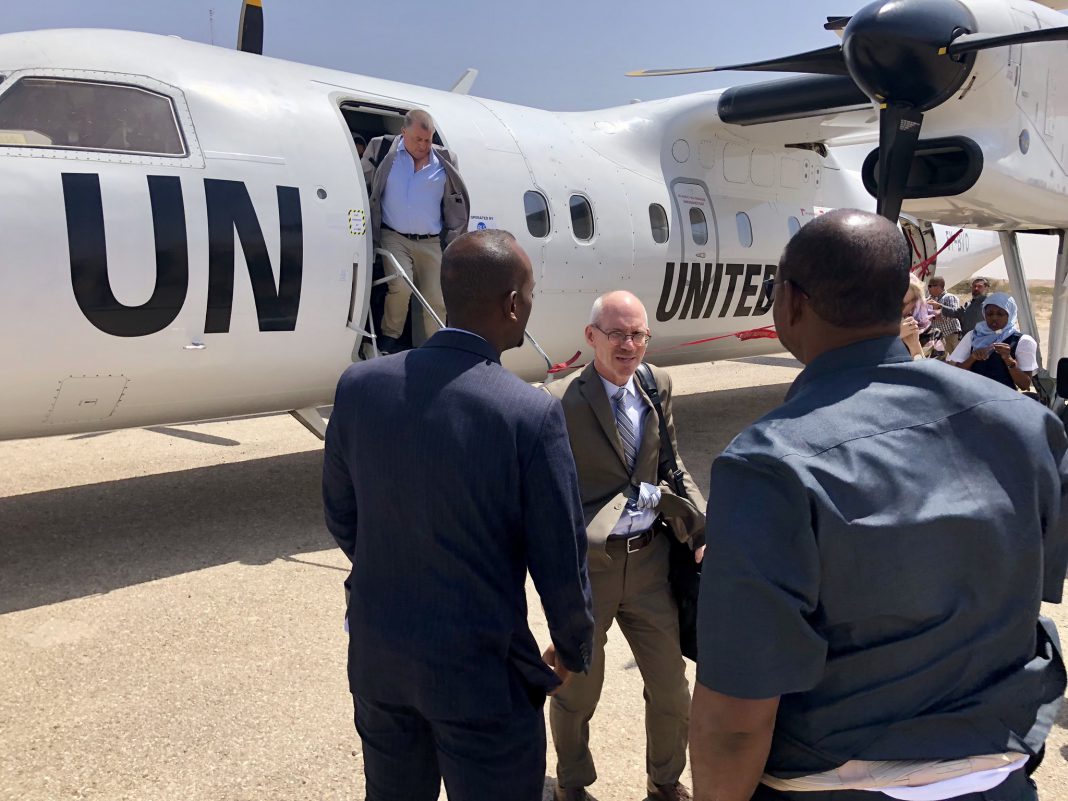 The United Nations Special Representative to Somalia and Head of UNSOM Mr. James Swan paid his first visit to the Republic of Somaliland since United Nations Secretary-General António Guterres appointed him to the post on May 30th 2019.

Mr. Swan is scheduled to meet with the President of Somaliland HE Muse Bihi Abdi, the chairmen of Somaliland political parties as well as the Somaliland House of Elders and House Representatives, civil groups, NGOs and business organisations.

The Mayor of Mogadishu Mr. Yariisow and other wounded in the attack were evacuated to Qatar for treatment medical treatment.

“The UN Special Envoy James Swan, an American, survived an assassination attempt and many government officials were killed and wounded, including Mogadishu’s mayor, after targeting them in an explosion,” said a statement attributed to the Alshabaab terror network.

Mr. Swan is a seasoned former US diplomat who has held many positions at the Department of State. He has succeeded Mr. Nicholas Haysom who has been granted a PNG status by Somalia’s Federal Government on January this year.

The impasse with the United Nations: How Far is Somaliland Willing to go to Assert its Sovereignty?

The Tale of Two Cities: Halane Compound vs Mogadishu