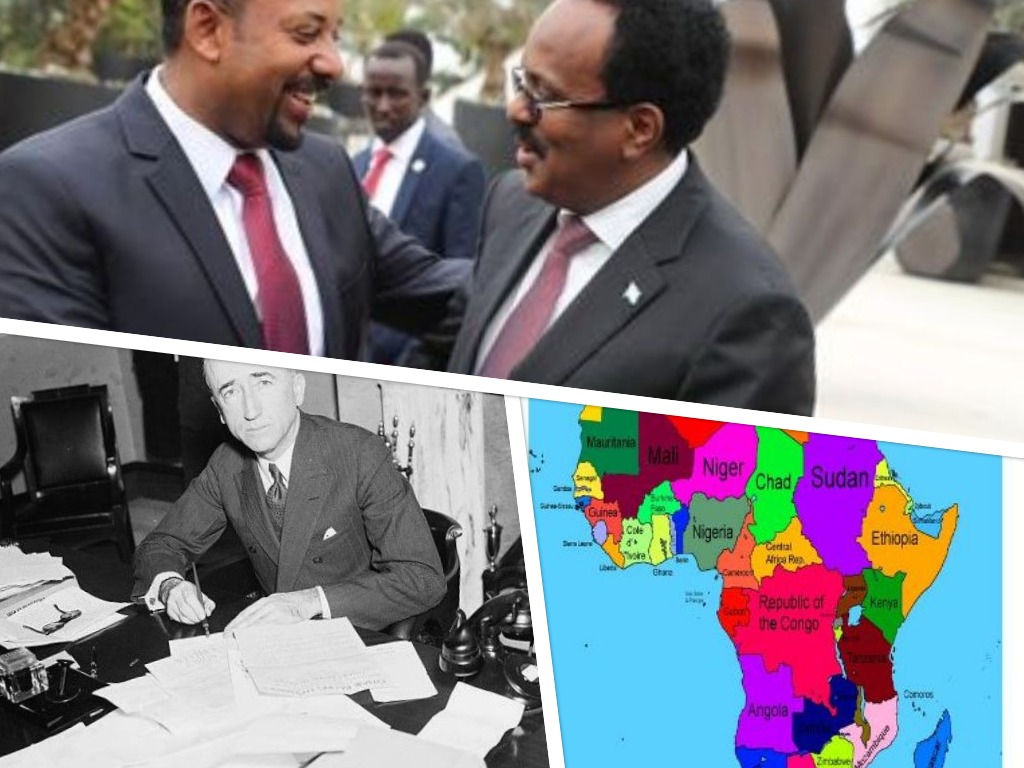 On May 26th, Ethiopia has officially apologized and removed a map that showed Somalia as part of its territory. The Map was posted a day earlier on the Ministry of Foreign Affairs website.

The Ministry wrote “We have noticed that a wrong and unacceptable image of the Map of Africa has crept in on the Web site of the Ministry of Foreign Affairs of the Federal Democratic Republic of Ethiopia“.

Another posting on the same website showed a list of Ethiopian Representatives including Somaliland and Puntland has forced Ethiopia to once again clarify its position on Somalia.

According to historical records in the United States Department of State, in early 1946 Ethiopia has filed an official claim over the territories of Italian Somaliland and Eritrea and sought support from the United States government for its claim.

“I assure you that Ethiopia’s position on the question of the disposition of Eritrea and Italian Somaliland will be given every possible consideration by this Government.” Secretary of State James F. Byrnes responded back to the Ethiopia’s Prime Minister at the time, Mr. Makonnen Endelkachew.

Though the Ethiopian government has officially apologized and has taken down the Ministry of Foreign Affairs website, the map seems to support Ethiopia’s documented claim over the territories of Italian Somaliland.

War Criminal Tuke In Custody for His Heinous Crimes Against the...