More
Home Uncategorized SOLTELCO is the Worst Mayor in the World – A Goat Could... 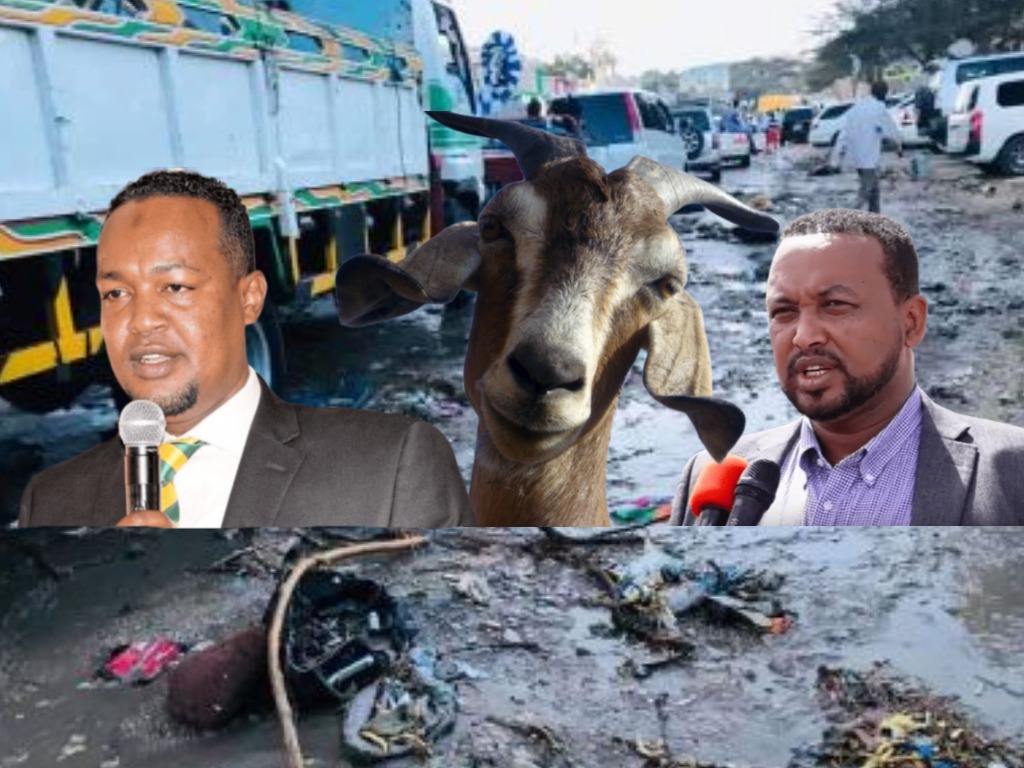 Mayor of Somaliland’s capital city of Hargeisa Mr. Abdirahman M. Aideed “Soltelco” has finally figured out what is wrong with the city he is in charge of, why things are so bad that when it rains, mountains of garbage that magically appear out of nowhere, new roads he has worked tirelessly to build disappearing overnight.

It is mutant goats, the corrosive soapy water thrown on the roads in the cover of darkness to destroy the miles and miles of new roads he has built and the magical trash that folks out of town sneaking in and to embarrass his beloved city. Everyone is colluding to deny his tremendous accomplishment as the mayor of Hargeisa. He has accolades to prove it.

The Mayor’s reason to kidnap the livestock of Hargeisa is to protect the lush greenery he has spent so much time and effort to transform Hargeisa into an oasis that exists only in his fantasy.

The garbage that plagues the capital, according to him results from people using the torrents of rainwater to get rid of their garbage. He says folks should use the refuse disposal services that show up one a week. He neglects to mention that the garbage collection service in Hargeisa costs 5 dollars a month. A service that should be included in one’s property taxes.

The Mayor has cracked the mystery behind the magic roads that seem to disappear days after being inaugurated with wall-to-wall media coverage – soapy water! He has explained that this has been damaging Hargeisa roads all along and sent a stern warning to restaurant busboys who throw their dirty dishwater on the roads.

The experts who know a thing or two about building roads disagree that the root cause is ravenous goats eating the new roads or corrosive dirty dishwater, they think it’s a thin veneer of tar on top of sand that makes the road disintegrate in days.

Hargeisa collectively blames the Mayor Cabdishakur Cidin of Berbera who has been doing a fantastic job for his city. His recent efforts, and we say recent because he too, made drastic and noticeable changes to his city by way to new roads and planting a lot of palm trees in Berbera that he made Hargeisa Mayor come out of his long-term comma to declare an all-out war on goats and other livestock in Hargeisa.

The problems that need immediate attention in Hargeisa and every city in Somaliland go beyond goat droppings and cow dung, it is the lack of proper roads, simple city planning, power grid, sewage, environmental stewardship and honest service delivery to the citizens in their respective cities.

Mayor of Hargeisa, Mr. Soltelco is the embodiment of everything wrong with Somaliland. He has been adept in serving one particular citizen the entire time he has been in office and that is the President and the first family. Dropping to all four, tail tucked and playing dead has served him well but the people of Hargeisa are no longer accepting the excuses that a goat eat your plan and that it is someone else’s fault why their city is, despite the burgeoning population, a medieval city where citizens are wading knee deep in a mixture of excrement and garbage with zero services from their local government.

Mr. Soltelco, whose namesake is a telecom company he has run into the ground two decades ago, even hoodwinked President Bihi shortly after he has taken office by promising a new ambitious plan to manage Hargeisa via GIS and aerial drones – Whatever happened to that?

We are very skeptical of the recent “recognition” the mayor has received from Ethiopia and presented by the Minister of Public Works but we recognize him as the World’s Worst Mayor.

Have you no decency, Sir? Please resign and maybe in few years you could re-brand yourself with your ill-gotten gains and join the former Ministers of the Presidency, Messrs. Mohamoud Hashi and Hersi Haji Ali in debates about how well you have served your city and country and hope that we have forgotten that even a goat could have been a better mayor for Hargeisa.