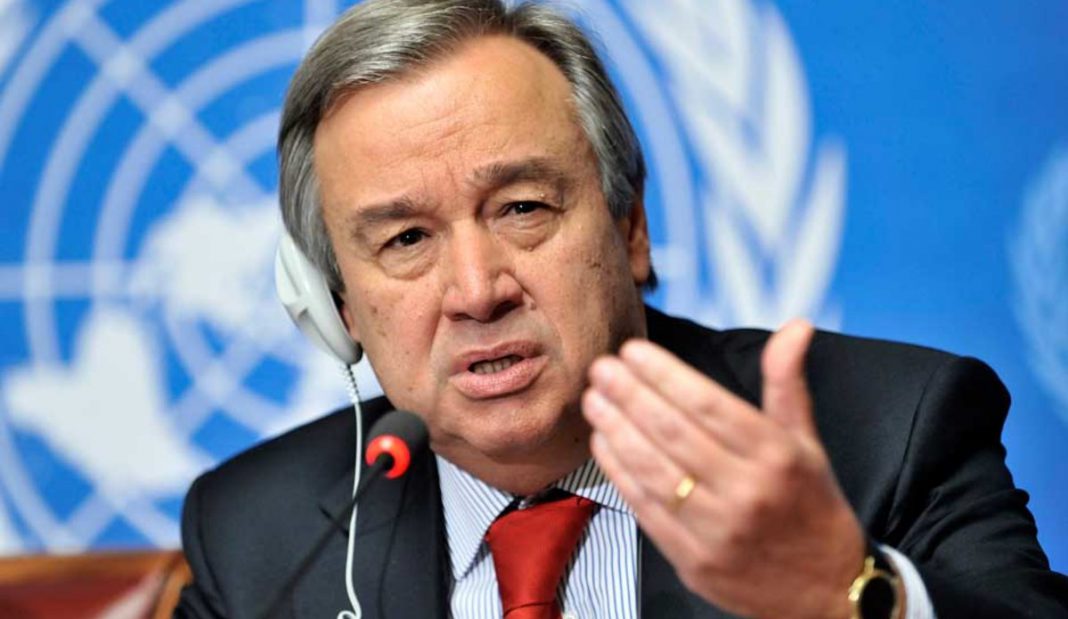 The United Nations Secretary General António Guterres in a statement released by Farhan Haq, Deputy Spokesperson for the Secretary-General that and attributed to him rebuked the assignment of Persona non Grata to Secretary-General’s Special Representative  Mr. Nicholas Haysom by the Somali Federal Government on January 1st 2019.

The statement dismissed the PNG status of Mr Haysom as illegal and non-conforming to the 1961 Vienna Convention on Diplomatic Relations in that it does not apply to the United Nations Personnel ” The doctrine of persona non grata does not apply to, or in respect of, United Nations personnel.  As described in the 1961 Vienna Convention on Diplomatic Relations, the doctrine applies to diplomatic agents who are accredited by one State to another in the context of their bilateral relations.  The United Nations is not a State and its personnel are not accredited to the States where they are deployed, but work under the sole responsibility of the Secretary-General. ”

Despite disagreeing with Somalia’s assignment of PNG status to Mr. Haysom as illegal, the Secretary General stated that he will soon appoint a new envoy to Somalia ” Therefore, he intends to appoint in due course a new Special Representative for Somalia and Head of UNSOM.”

Mr. Haysom who gave a lengthy testimony to the United Nations Security Council did not speak about the PNG status.

According to diplomatic sources, there is a beehive of activity in Nairobi where the international community including UK, EU, Scandinavian countries as well as the United Nations are discussing the deteriorating security conditions in Somalia and the latest actions of Somalia’s Federal Government.

Sources added that the United Nations and the international community are intent on carrying out Mr. Haysom’s line of inquiry that led to his dismissal from Somalia and will launch an investigation into the events that occurred in Baidao on December 13 that followed the arrest of Mukhtar Roobow, the death of more than a dozen people and arrest of 300 individuals as well as the indirect fire of the UN compound in Mogadishu on January 1st.

On early January 2nd on twitter, US Congressman Eliot Engel expressed concern over lack of progressing in combating terrorism and Alshabaab and deteriorating governance conditions in Somalia,

Though Somaliland government has been tight lipped about the issue except for the statement from the Ministry of Foreign Affairs and International Development, sources tell Somaliland Chronicle that there has been high level overtures from international community who are looking to distance themselves from an increasingly authoritarian Somalia.