More
Home Uncategorized ILHAN OMAR AS AN ICON FOR HUMANITIES 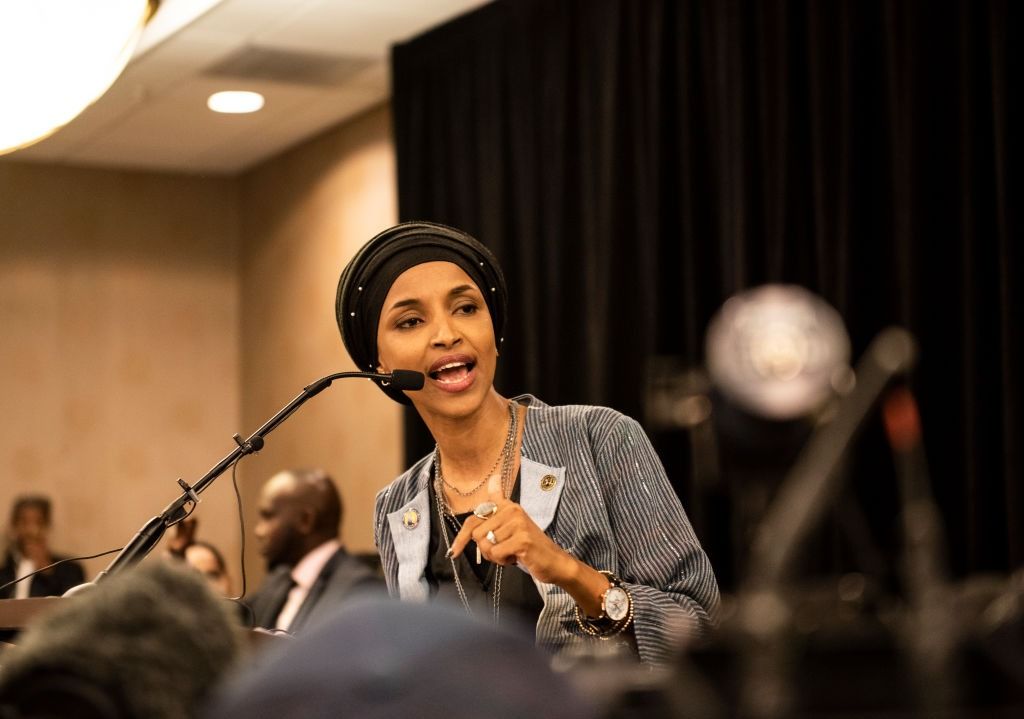 Generally speaking, Somali women are nurturing and stand for nourishing humanities as they are the backbone of the Somali community. Somali women are the stars, which give us the single source of light when the dark gets darker and of course when the distance becomes distant. The roles of Somali women in socio-economic endeavors are miraculous and marvelous as they are the transformative agent in our life. Somali women are so unique, with unified cultural identity and they never ever give up under any circumstances; they are very resiliently and robust in nature.  In the context of Somali culture, women are our heart, the spirit and spine that galvanize the society. That is why we have tremendous, amazing expressions to describe what Somali woman stands for. “Any successful man, a woman is behind” this is not necessarily meaning his wife but also includes mothers and sisters. “No Mother, No Home” is another expression that clearly presents the role of Somali women in the society. On top of that; Islam describes the woman as an important character in the society and granted full protection and perfect rights and role within the community are encouraged and recommended.

In Somali historical accounts, we had heroines, who always made flash palm memories; Hawo- Tako was one of them and Ilhan Omar now is a global superwoman as she became the first Somali-American Muslim woman in the Congress. I am not herewith presenting Ilham’s autobiography, her journey to America was said in many places, and her political endeavors have also been described in elsewhere. This piece of writing is to respond to the Saudi owned media, a talk show on Saudi-owned state MBC as well as some predominant Monarchy leaders including the MBS and his blind followers.

The Middle Eastern media and commentators provoked a false accusation against Ilhan Omar. All these indictments are baseless, blind descriptions and palpable neither but sole defamation. Being a member of the Muslim Brotherhood is noble in the first place but her membership is untrue and unjustified.  Describing Ilhan as a hostile to the Saudi Monarchy and its belly (UAE) is an inhumane and horrific statement. This is again fallacious; Ilhan Omar never ever attacked the Monarchy on the media or elsewhere. Ilhan is a person who minds and keeps her words and top of that, she knows what she is going to do within the legal framework, which made her be the first Muslim-Somali Congresswoman.  Al Arabiya published that Ilhan is “anti-Trump politics” could be true since the nature of politics entails in both protagonist and antagonist with opposite ideology. It only shows that Al Arabia editorial team does not know but the kind of politics that they are living in; worshiping and glorifying the monarchy leadership.

The talk shows on Saudi-owned station MBC discussed the implication of the Muslim congresswoman on the US politics is again an implicit insult for all Muslims. As Islam being the religion for humanities and the Holy Quran stands for harmony, equality, and justice, yet it is paramount to demonstrate the true face of the Muslim society. Ilhan is a Muslim congresswoman, she is Somali–American, and she made her dreams true within the most challenging political climate in the US. The MBS and all other alphabets of the dogmatic monarchy of the Saudi-Arabia should do away such vicious attacks to our Ilhan, she represents the Muslim and particularly the Somalis. All kinds of attacks, insults and fake allegations against our Ilhan will be counted, responded to and we will stand with her forever. The Saudi-Monarchy is still practicing the abolished barbaric and inhumane customs against humanities. The dictators of the Middle East are not ready for democracy, government owned by the people is at distant and that is why blood thirty Monarchy Alphabets led by MBC viciously murdered Khashoggi, dozens are in exile and in-house arrest. The argument saying that the people in the Middle East do not have access to power and practice for the basic freedom of expression is very true and justifiable. In the context of Saudi Monarchy, there is no way to have an ambition of leadership or aspire to be in a leadership position. Unfortunately, people believe that they would access to power, practice basic principles of democracy and enjoy the freedom of expression only if they leave the country.

The evils and devils at anywhere do not welcome and accept all good things for humanities as their nature is to mislead, attempt to inflict pain with good people; the lobbying against Ilhan will remain ash of dust in a dessert. A staffer at the Monarchy Embassy blurted out if Ilhan follows and affiliated to Muslim Brotherhood ideology and will be hostile to the dictators all over again is premature, primitive and cowardly allegations. Conversely, what is known about that the monarchy is hostile to its people and lethal to humanity as numerous pieces of evidence are on the record.

The fabricated statement tweeted by Faisal Al-Shamari, a cultural advisor at the Embassy and the write for Al Arabia boasts back to the monarchy itself. The ill statement that a heartless commentator put on his twitter that has been retweeted by monarchy alphabets claims that our Ilhan is Houthi Yemeni by origin again is the fictitious and silly charge. All these false and denigrations against Ilhan are as cheap as dog barks and donkey braying (hee-haw). Yes, to be honest, the catastrophic situation in Yemen calls for humanitarian assistance and to respond to this crisis is a global responsibility. The Monarchy should stop the crocodile tears!

The online attacks by Monarchy led bloc on Muslim-American Democrats as an Ikhwanji and extremist are also too fabricated and horrific. But what is known at present with all evidence is that the Monarchy and its allies are huge but hidden factories that produce all types of insurgencies that operate in many places. The envious critique made by Najat al-Saeed against Arabic media for celebrating the two Muslim women’s victories as he accuses of them their ties to the Brotherhood does not link to any evidence. This victories made by the two Muslim women are historic and halt all stereotypes against the Muslim community in the US and elsewhere. Ilhan is not from Arab, not from the Houthi and African neither but a Somali faithful woman and we are very proud of her being our kin.

The racism and radical statements that Saudi officials spread on their twitter accounts indicate their lack of knowledge towards the practices of slavery. In this regard, it is very important to recall that Somalis never ever accepted colony let alone being slaved by the European powers. Genetically and of course Somali choice is death to slave. And if they do not know about this history let them go back to primary schools. On top of that, Islam abolished slavery and literature about slavery context is available anywhere and again if the Monarchy staff do not know about this again let them educate with the basic Islamic teachings.

Finally, we stand with Ilhan Omar not only because she is Somali but being a Muslim woman in the Democratic Congress. As such, she does not only represent the Muslim community and Somalis but also she is the hope for humanity.