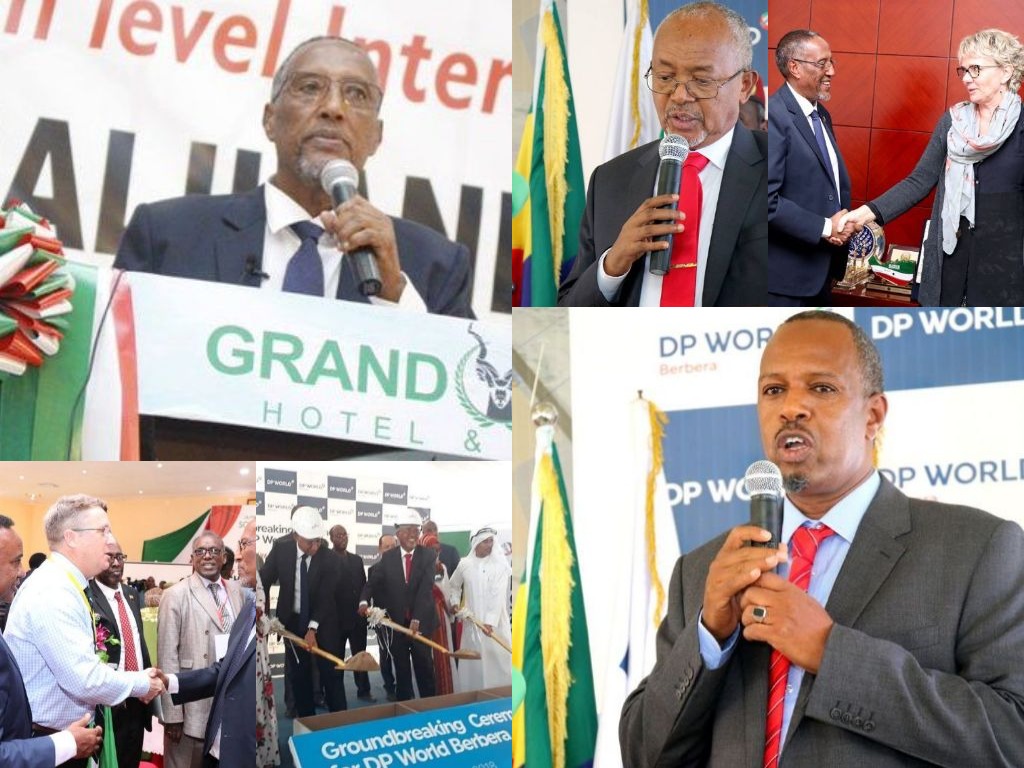 President of Somaliland HE Muse Bihi Abdi opened a high level conference organized by the Ministry of Foreign Affairs and International Cooperation titled “Somaliland Achievements and Challenges ahead 27 years later”.

The meeting was attended by world renown experts in international relations and diplomacy experts as well as many dignitaries from current, previous government and members of both opposition parties of Somaliland

The President, in his opening remark, highlighted both the successes and the challenges that faces the Republic of Somaliland in the last 27 years.

On the same day, the President met with the Danish Ambassador to Somaliland and Somalia Mette Knudsen and the head of the Danish aid agency DANIDA Anne Elisabeth Kobæk.

About 50 miles to the east of Hargeisa, the Vice President of Somaliland HE Abdirahman Abdallahi Ismail Saylici was attending another high profile event in Berbera.

The Vice President broke ground on a new project to expand the Berbera port container terminal by an additional 400 meters.

The Vice President and the Port Manager spoke of the improvements and the changes that DP World has completed in the Berbera DP World since it assumed operating the port.

The kick off ceremony of the first face of the expansion project was attended by senior members of the constructions firm that will be undertaking the construction as well as members from DP World management.