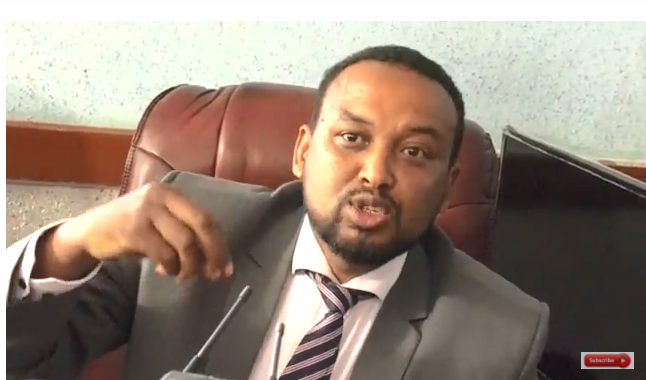 Mayor of Somaliland’s capital city of Hargeisa Abdirahman Aideed “soltelco” failed to deliver land he promised to Somaliland military and their families on the occasion of  Eid Al-Fitr back in June 2018.

The mayor’s pledge was a welcome news though it was short on specifics. There was no mention of the size of the land and location.

Somaliland Chronicle has reached out to the Mayor, his deputy and members of Hargeisa Local Council on multiple occasions to get additional details or comments without much success. It is unclear if the Mayor plans toto follow through and fulfill this pledge to the military and their families.

A member of the local council who did not wish to speak on record was surprised that Somaliland Chronicle was seeking clarification regarding the land pledge “He makes promises far more than he takes breaths, good luck untangling his million promises” said with a smile.

Somali Cable reported a new twist to the Mayor’s unfulfilled land pledge. This time, military officers and their families are making a public appeal to the Ministry of Defense, Military Commanders and the President to intervene their eviction from the 24th Military base currently used by the 31st Division of Somaliland Army located in the outskirts of the capital.

The officer, addressing the President of Somaliland, HE Muse Bihi Abdi, stated that they have come back from the front lines to ensure their families are not evicted.

Speaking directly to the President, the officer said “Mr. President, we cannot afford to rent or buy land, our financial resources are limited and maybe we should bring our families and children to the Presidency so you can look after them we can stand guard, spill our blood and sacrifice ourselves in defending of the country”

Continuing his direct appeal the President directly, the officer said “Mr. President, you have been a soldier, attained rank and today you are the President of the Republic you have felt and know the challenges faced by a soldier”

President of Somaliland HE Muse Bihi Abdi has served as a pilot with the Somali Air Force before he joined the struggle against Siad Barre regime.

Land disputes has been flash point of civil conflicts in Somaliland and accounts for the majority of civil litigation cases in all of Somaliland courts.

We have been unsuccessful in reaching to the Military command, the Presidency and Mayor Soltelco’s office for comment and clarification on the complaint of the members of the 31st Division.