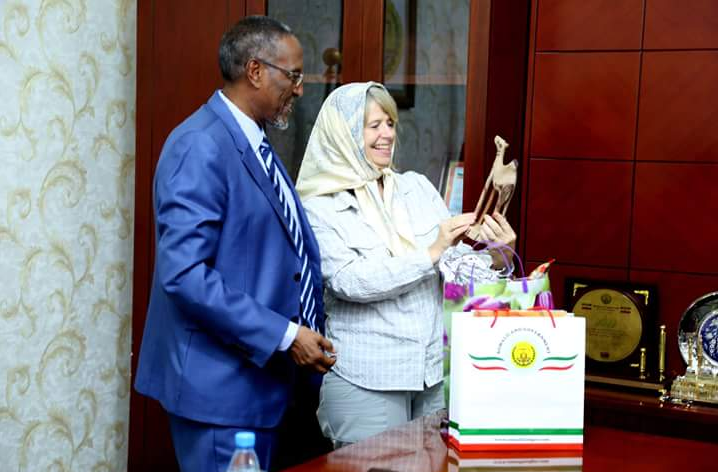 A large UK delegation led by the Minister for Africa Harriett Baldwin has to visited Somaliland today for a high level meeting with the President of Somaliland HE Muse Bihi Abdi.

Minister Baldwin is the second Minister for Africa to visit Somaliland and is expected to cover a wide range of topics with Somaliland government including UK aid, security cooperation and potential private investment by UK companies.

This is Minister Baldwin’s first visit to Somaliland since she assumed the portfolio of Minister for Africa in January this year.

It is unclear how long Minister Baldwin will spend in Somaliland or if there are other stops beyond Hargeisa in her itinerary but what is certain is that her visit will be a vastly different experience in terms of peace and security.

Rory Steward, her predecessor has also visited Somaliland and met with Somaliland Vice President Abdirahman Abdallahi Ismail Saylici and discussed aid as well the Presidential elections underway at the time of his visit in August 2017.

Brexit negotiations has put billions of dollars on the line as Britain warned the EU it may pull its aid dollars out of EU projects from around the globe.

British MP Zac Goldsmith urged Minister Baldwin during parliament debate to reconsider UK policy of passing British aid to Somaliland through Somalia and urged direct engagement with Somaliland due to its peace and stability.

Minister Baldwin is a former Investment Banker with JP Morgan Chase and is expected to discuss not only economy and traditional banking but possibly Somaliland’s participation in international financial systems.