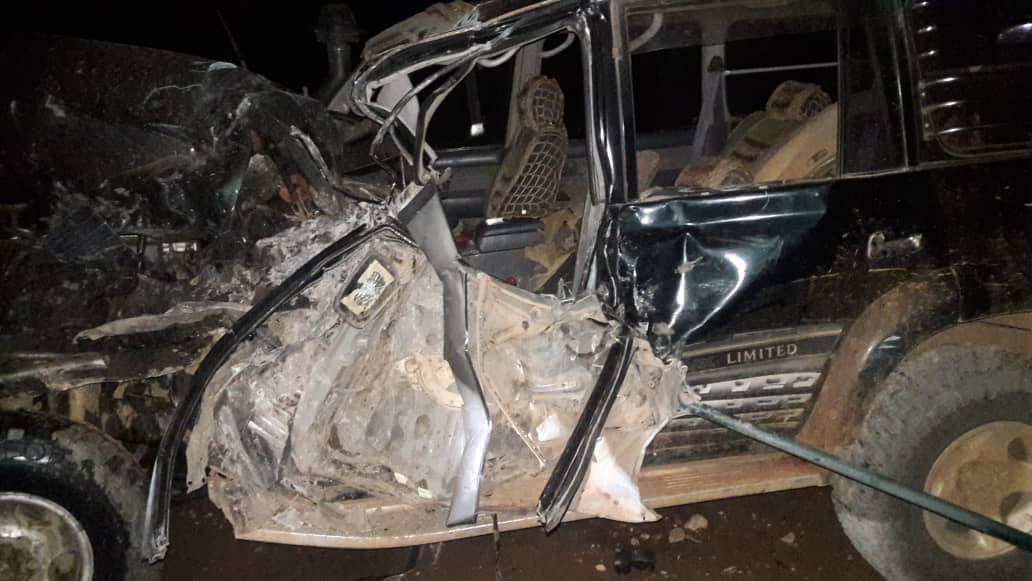 This is not an imaginary scenario; this is actually the case of almost 90% of automobiles on Somaliland roads. Right-handed vehicles from Japan are being driven on the right side of the road. We are going to point out a very obvious fact – This is simply dangerous and deadly.

There are daily outpouring of sympathy and prayer on social media for yet another young and promising life cut short on Somaliland’s deadly roads. Everyone in Somaliland either knows someone who perished in one of these crashes or possibly survived one themselves. Although there are statistics compiled from news reports, unfortunately, there are no official traffic fatality statistics in Somaliland.

The total number of registered of vehicles in Somaliland is less than 100,000 but the actual number on the road are at least 30% lower. This is due to how until few weeks ago, Somaliland motor vehicle authorities have serially registered vehicles.

There are multiple factors that contribute to high traffic fatality rates in Somaliland, starting with the condition of vehicles themselves, suicidal drivers and general disregard for safety among Somalilanders when it comes to road safety.

Are Our Vehicles Safe?

One peculiar thing we noticed in many automobile crash photos in Somaliland is that an extreme minority of vehicles involved in a crash show a deployed airbag. This leads to a frightening possibility that most vehicles imported to Somaliland have been salvaged from previous accidents. Due to their high cost, unfortunately for many vehicles intended for export into third world markets, airbags are simply not replaced.

Automobile insurers in Japan and many other countries, do not bother repairing a vehicle if the value of the damage exceeds a certain percentage of the total value. These vehicles are sold for a fraction to buyers who perform minimum repairs for export purposes.

The issue of importing what developed countries consider unsafe and end of life automobiles is purely economic and is not just a problem for Somaliland but many poorer nations.

While researching for this article we have also heard that airbags are actually removed intentionally, because the value of a vehicle that has its airbag intact is actually undesirable in Somaliland simply because owners fear that it will deploy in the event of a minor frontal accident.

Can traffic rules and regulations make us safer?

Somaliland is unique when it comes to traffic rules and regulation in that it has none. There might be some on the books but their enforcement is practically nonexistent.

There are 75 countries that drive on the left, Somaliland is not one of them but conservatively 90% of vehicles on Somaliland roads are intended to be driven on the left.

Simply put, Somaliland may be the only country that has right hand side roads with majority of its vehicles are also right handed.

Allowing vehicles intended for right-hand side roads to drive on the left creates dangerous road conditions especially at higher speeds.

Studies have shown that use of seat belt can reduce the chance of fatal injury by 60%. What happens if you are not wearing a seat belt during a crash? Unfortunately, you could quickly become familiar with Newton’s First law.

There is no traffic ordinance that enforces the use of seat belt, in fact those that use it are ridiculed but this is not a problem in just Somaliland, its a problem of awareness and it is prevalent to most developing countries. An awareness campaign to raise awareness for seat belt coupled with traffic penalties  in Somaliland would safe countless lives.

Whose Jobs is it Anyway?

Somaliland has had traffic police for the last 27 years but their sole function is to direct traffic. Sort of human traffic lights with the occasional commandeering of a motorist to their barracks for a quick shake down.

The Ministry of Transportation has an entire department called Somaliland Road Agency, but its nothing more than a broken link and virtually no information about it exist. The only mandate the Ministry seems to have is to issue vehicle license plates.

There are no valid economic argument to be made in allowing our roads to have such high rate of fatalities. A simple mix enforcing traffic laws and awareness will safe countless lives in Somaliland.

Allowing a truck to carry 10 times its capacity and have 50 passengers on top of that already overloaded cargo that it can barely pass under power lines and the slightest turn will make it flip, endangering not just its occupants but the public, is simply immoral and unacceptable.

Though there are no official statistics, traffic fatalities are undoubtedly the single biggest threat Somalilanders face on a daily basis.

The single biggest cause of traffic fatalities is the use of left handed vehicles on our roads. Nothing is preventing Somaliland from solving this problem. This does not require recognition or massive funding from donors.

Gradual, city by city ordinance where roads are switched from right to left will make our vehicles compatible with the roads and prevent many traffic accidents and safe countless lives.

Enforcing seat belt use especially on interstate highways is another surefire way to cut traffic fatalities by 60%.

Traffic accidents is one of the leading causes of death in Somaliland but has been an area where almost no attention has been spent for the 27 years that Somaliland existed as a country.

Limited resources will for the time being prevent the Government in investing in highway patrol to a level where reckless truck drivers on interstate highways purposefully drive other motorists off the road but completing ignoring the leading cause of death in Somaliland is a dereliction of duties on the part of Somaliland authorities.

This is an ongoing series where we examine traffic and traffic fatalities in Somaliland and track progress and where possible hold the authorities responsible and bring awareness to the leading cause of death in Somaliland – Somaliland Chronicle.