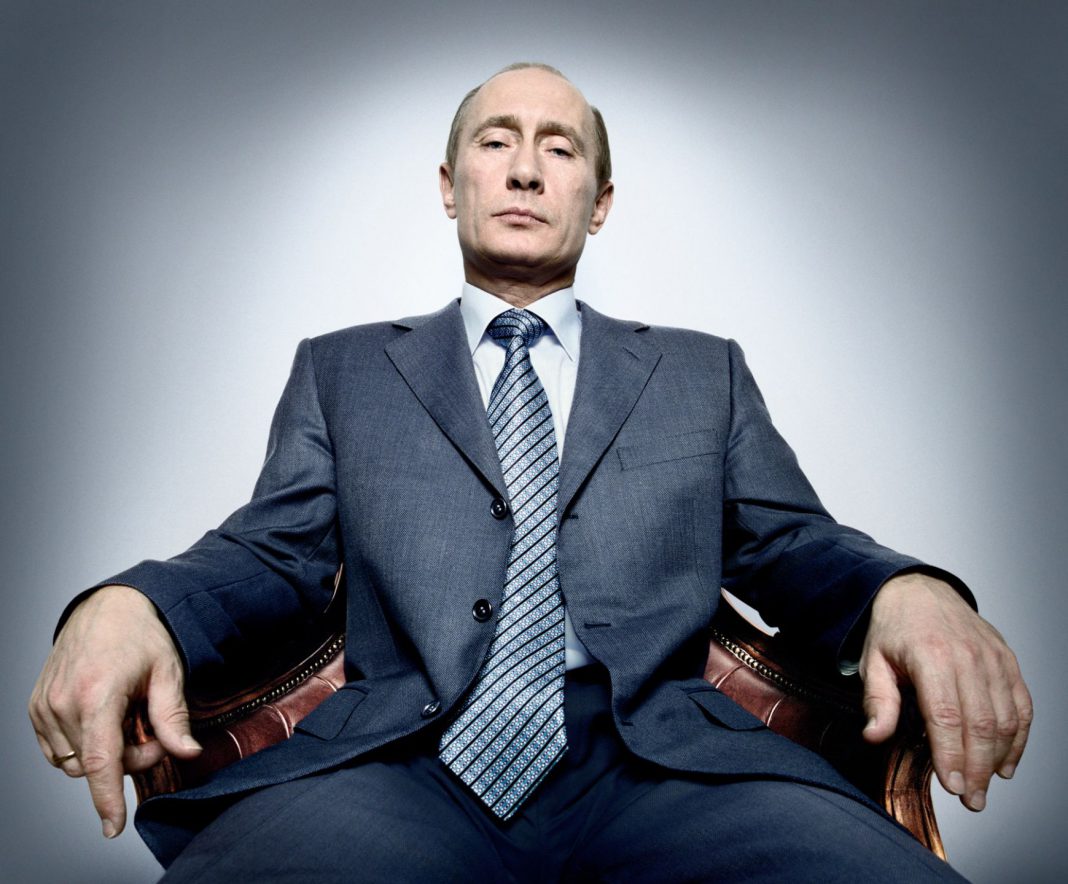 Somaliland has been seeking recognition from the world community for 27 years, it has compelling case for recognition and consistently met every condition for statehood. In search of this elusive goal, it has put itself smack in the middle of the Gulf conflict, conceded 19% stake of its Berbera port to its Ethiopian neighbor. It has bent over backwards for the smallest glimmer of recognition only to be taken advantage time after time.

This is not another appeal for recognition from the west, Gulf states, Djibouti or Ethiopia, this is a radical bold approach that will bring a giant into the Horn of Africa, forever altering the landscape and will ultimately get Somaliland the right partner, a reliable partner. We are speaking of Russia and Vladimir Putin ofcourse.

Nothing makes the west sit up and take notice than a direct engagement with their strategic foes like China and Russia, especially Russia.

Djibouti has played this game very well to the point where it has become the smallest country with the largest concentration of foreign troops in the world. Bruno Maçães wrote a piece for Politico and described Djibouti as the most valuable military real estate in the world and opened it with “World War III will start here”.

Back in February this year, Djibouti has unilaterally withdrawn from agreement with DP World to manage its  Doraleh Container Terminal and immediately struck a new deal with a Chinese owned enterprise.

In a congressional testimony, US Marine General Thomas Waldhauser, the top U.S. military commander overseeing troops in Africa, said that if China placed restrictions on the port’s use, it could affect resupplying the U.S. base in Djibouti and the ability of Navy ships to refuel there. Separately, U.S. House Intelligence Committee Chairman Devin Nunes said his committee will investigate China’s efforts to gain military and economic power in Africa.

Besides the military basis, Djibouti has commissioned a $3.5 billion, Chinese-built free trade zone on Thursday deepening concerns from its traditional western allies.

Djibouti has publicly admitted DP World’s Berbera deal was its main reason for ending its longstanding relationship with the world’s largest port terminal operator. And soon after pivoted to Mogadishu.

Somaliland and Djibouti while both are vying for foreign investment in large scale infrastructure, Somaliland remains unrecognized. And it is this basic need that hampers its ability to function at the global stage.

Somaliland is facing the most severe external pressures it has ever seen. An intense asymmetrical war from Somalia on its border with Puntland Regional Administration, an attempt to cut off international aid to complaints to the UN Security Council about the UAE military base in Berbera.

Ethiopia which acquired a 19% stake in Berbera Port has taken a different direction where its new Prime Minister Dr Ahmed Abiye has completely ignored Somaliland and has publicly embraced Somalia instead, and in a joint communique issued with President Farmajo stated that Ethiopia will be investing in four Somali ports. Strategically something that makes sense to Ethiopia, why rent from Somaliland when I Ethiopia can acquire Somalia whole.

Djibouti has also shown a similar pivot to Mogadishu recently where it has even shipped armament to Somalia despite weapons embargo.

BREAKING: Houthi-bound illicit weapons seized by Djibouti has been sold to the Somali Govt. The Govt was required to notify U.N. Security Council about the weapons 5 days prior to importation, that didn’t happen, according to source familiar w UN sanctionshttps://t.co/cOoHYXIb7Z

The euphoria of the public in Somaliland has quickly wore off as the speculations of imminent recognition from the UAE and or Saudi Arabia has not materialized, and the public mood is slowly souring regarding the new Ethiopian Prime Minister.

Despite a fruitless search for recognition for Somaliland, there has been no fresh ideas or new efforts to explore new avenues for recognition. In fact Somaliland needs to take a hard look at both its foreign policy and its foreign services team. Both have been less than effective in recent years.

There was an incident back in Feb 2017 where Chinese broadcaster CGTN put up a map showing Somalia and Somaliland as separate countries, briefly however unintentionally recognizing Somaliland, they immediately issues a retraction and an apology.

While China has recently taken a lot of interest in Africa and would have been a good fit, unfortunately China has no tolerance for secession of any kind as it has its own territories that demand independence including the thorn on its side better known as Tibet. There are trade and other opportunities but seeking a direct engagement with China is out for the moment.

For starters, Somaliland has large intelligentsia who understand Russia better than they understand anywhere else, they most likely read Dostoevsky’s Crime and Punishment in Russian. These are either ex-military officers trained in the former Soviet Republic or have spent significant amount of time working there, these includes the current President His Excellency Muse Bihi Abdi, the Interior Minister Mohamed Kahin, the opposition leader Abdirahman Mohamed Abdullahi, his deputy Abdiqadir Jirde and many many more. All of these leaders are fluent in Russian.

Another very good reason is that Russia has already reached out to Somaliland and for some reason that boggles the mind, we have not explored this further.

We have spoken to a number of high regarded Somaliland politicians, including former State Minister for Health Amb Mahmoud Adam Jama “Galaal” ho is a very strong proponent of a strategy which involves The Russian Federation.

So why have we not engaged with Russia?

Because western countries, especially the EU block consider Putin and Russia a threat to their national security and perhaps we would invite the collective wrath of Angela Merkel and Theresa May and Hillary Clinton. Perhaps Somaliland will become a pariah state in the west.

This is nonsense, and geopolitics are not one dimensional or moral, they are shades of intersecting interests.

It is precisely this sort of thought process that has kept Somaliland under the spell of hope, waiting for the west and the Gulf states to recognize it for 27 years.  It is time we stop worrying about what 10 Downing Street thinks about Somaliland and seek better and more equitable alliance than the United Arab Emirates.

Besides seeking recognition from Moscow, perhaps a more compelling reason is to inoculate Somaliland from the gathering storm and regional pressures from our immediate neighbors including Ethiopia, which will undoubtedly have an expeditious change of attitude towards Somaliland with Putin on our side.

The current climate of traditional US Russian rivalry has entered a new era with the election of Donald Trump. This means, support from Russia will not face much resistance from Washington at least in the next few years at least while Mr. Trump is in office.

What Does Putin Want?

Lets start with the obvious, real estate. There has been multiple reports of Russian acquisition of naval base in Somaliland, all unconfirmed of course despite the fact that dozens of news outlets reported this in April this year.

The location of this purported base is the most western tip of Somaliland coast – Zeila. While most have not heard of this town, it is located at a strategic Suez trade route and would arguably give Russia its best naval base outside of Russia.

Let’s make Russia and President Putin an offer they cannot refuse, on condition of immediate recognition of Somaliland, lets give them a foothold in the Red Sea, let’s help Russia flex its muscle and invite them to build a naval and an air base in Zeila.

What Somaliland have been doing in terms of recognition, clearly has not worked.  Its time we stop “begging the beggars” and take a step that will produce immediate results for our country and people. It is time to take our rightful place among the world community. Mr. President it is time to make that phone call to the Kremlin.