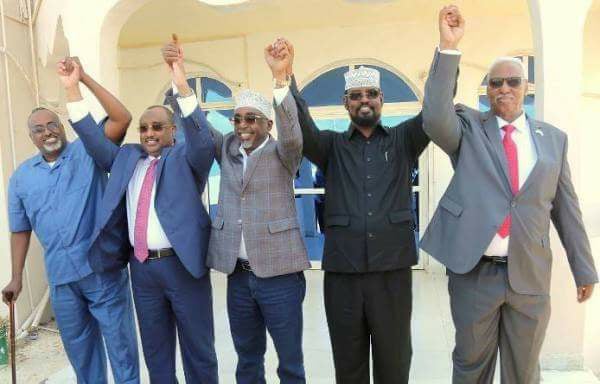 In joint statement to the Somalia Development Group, Somalia’s regional governors stated that they support the Federal Government’s position to withdraw from the Somaliland Special Arrangement Agreement.

The Somalia Development Group has already rejected the previous appeal from Somalia’s Federal Government and made it clear that the circumstances that made it necessary to have the Somaliland Special Arrangement agreement still apply.

Judging from the Development Group’s previous response, it is unclear if the call from the regional governors will have an impact on SSA agreement as they were not party or a signatory to the agreement since they are represented by Somalia’s Federal Government.

Puntland has been on the offensive to reclaim some territory in Somaliland where it claims on grounds on tribal composition and has previously launched two unsuccessful military offensive against Somaliland Armed forces. Additionally, there has been an increasingly violent rhetoric from Puntland leaders where on more than few occasions they called for Jihad against Somaliland.