Home News Somaliland Puts on a Master Class in Democracy with the Election of... 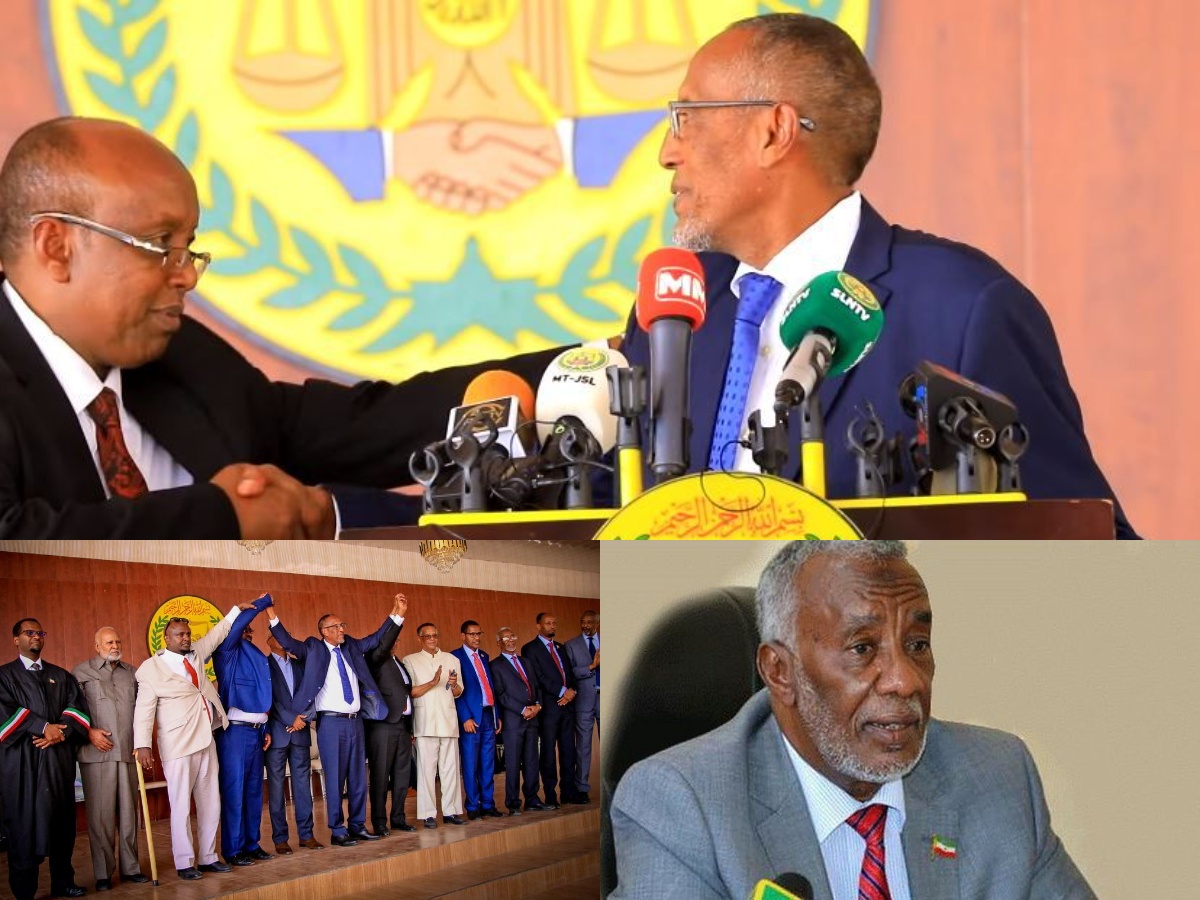 After nearly two months since the Parliamentary and Local Council elections on May 31st and an intense jostling of the ruling party of Kulmiye and a coalition of the opposition parties of Waddani and UCID, the new Parliament convened and elected the opposition candidates for the speakership of the House of Parliament concluding weeks-long speculation of the new parliament’s leadership composition.

Hon. Abdirisak Khalif Ahmed of Sool region was elected Speaker of the House of Representatives with 42 votes. Hon Saeed Mire Giire of Sanag and Ali Hamud Jibril of Awdal were elected for First and Deputy Speakers positions respectively with 41 and 43 votes out of 81.

The constitution dictates that the Parliament’s first session should be chaired by the oldest member of the House of Representatives and Hon. Yasin Hagi Mohamoud Hiir (Faratoon)’s age and his candidacy for the speaker of the Parliament created a constitutional gap which was challenged by the opposition candidate Hon. Abdirasak Khalif Ahmed and citing precedents has successfully argued that Mr. Faratoon could not be a judge and contestant at the same time.

The issue was quickly resolved by the suggestion of The Chairman of the House of Elders Hon. Saleban Mohamud Adan that the session should be chaired by the Chief of Constitutional Court Hon. Adan Haji Ali instead of Hon. Faratoon which both sides have quickly accepted.

Candidates for the position of Speaker Honorable Abdirasak Khalif Ahmed of Waddani opposition party and Honorable Yasin Faratoon of the ruling party of Kulmiye were each given three minutes to address the first session of the parliament and made their case and final appeal for votes.

Hon Abdirisak Khalif Ahmed’s brief address to his follow MPs has centered around his understanding of the intersection of the executive, legislative and judicial branches and work with other branches and ability to unify the parliament and effectively restore the balance of power. He also touched on the importance of bridging a gap that exists between Sool region where he hails from, and the rest of Somaliland.

Honorable Faratoon spoke of his vision of how he will lead the new Parliament and focused on the need for more training and institutional support, international relations, and ensuring the new elected MPs are connected to their constituents

The transfixed public was treated to few unexpected curveballs when a Kulmiye Member of Parliament Hon. Ahmed Nur Guruje’s and others widely speculated to vote for Hon. Faratoon did not materialize for the ruling party, effectively giving control of the leadership of the House of Representatives to the opposition parties.

President of the Republic of Somaliland HE immediately sent his congratulations to the new the Speaker of the House Hon. Abdirisak Khalif Ahmed and his deputies and asked them to join him in the Presidency.

Despite lacking international recognition, Somaliland has been widely praised for successfully holding transparent Parliamentary and Local Council elections on May 31st, 2021 where opposition parties have won the majority of seats in Parliament and mayoral seats in most major cities.